Last week was Stephen Gregory's first day on the job, but not even close to his first time in an Indy firehouse. 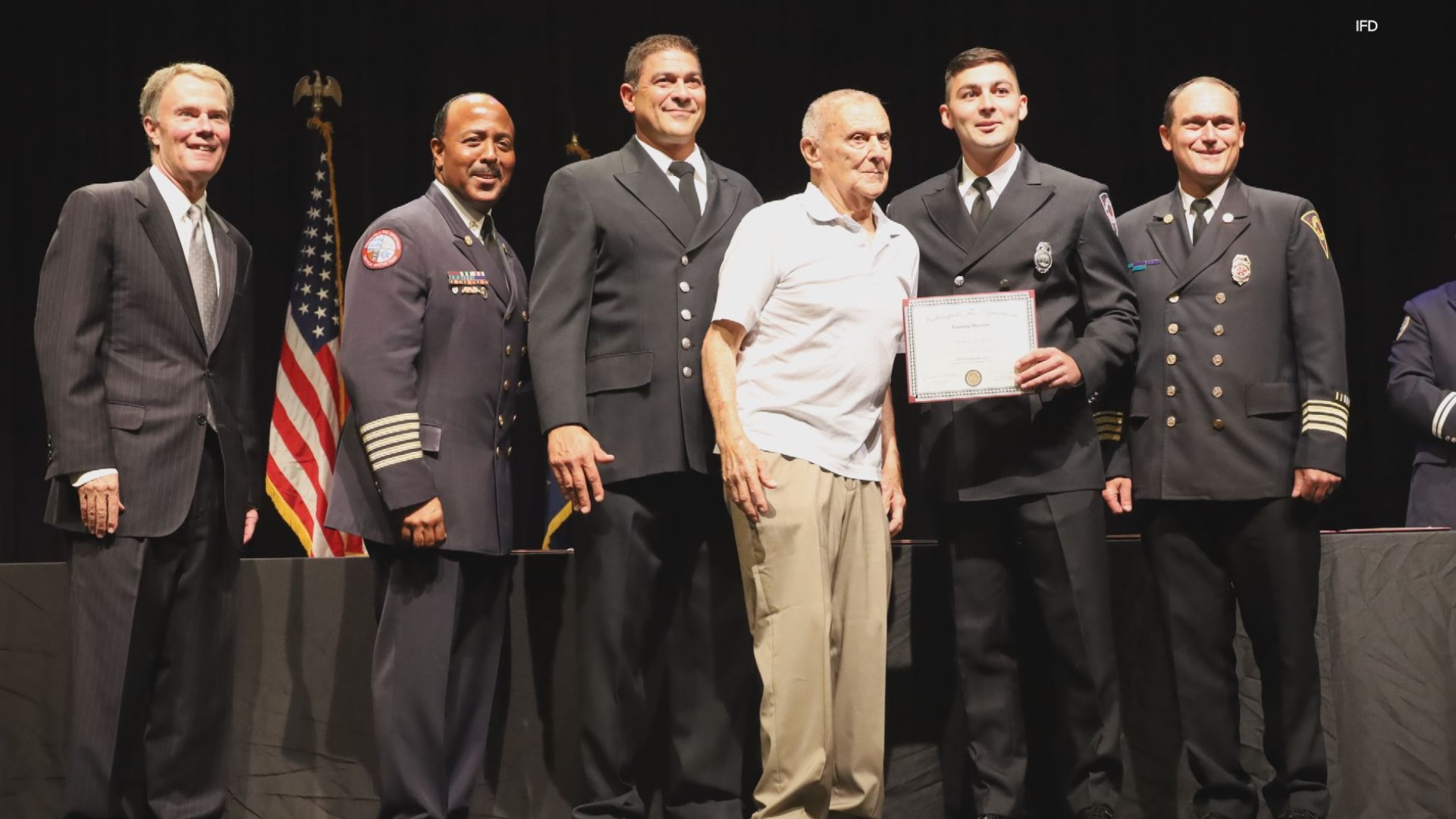 INDIANAPOLIS — Last week was Stephen Gregory's first day on the new job, but not even close to his first time in a firehouse.

"I feel like I was raised by firefighters," said the new Indianapolis Fire Department Academy graduate.

That's because he was.

Stephen's dad, who is currently with IFD, and grandfather, who was a firefighter for 49 years, were at his graduation.

"If my father was still alive, he would think that's the greatest thing in the world, because this was his life," said John Gregory, former IFD firefighter and Stephen's grandfather, Charles, who was the first Gregory in the Indianapolis Fire Department.

"I went with him everywhere," John said. "I grew up in the fire department. Probably every day of my life, I was a fireman."

Last week, Stephen was handed something his great-grandfather was given over 114 years ago.

"I'm glad that I got to pass on our badge number, and he's going to carry it for 32 years of his life," said John Gregory Jr., Stephen's father and current IFD firefighter. "And if he has children, and one of them wants to come on the fire department, if he stays and the kid comes on before he retires, he has to give up that badge number. That's part of the deal."

"I think my dad's probably maybe a little sore that he had to give up his badge number," Stephen said. "But I think he's really proud that it's going to be passed down, and he told me when he pinned it on me to wear it with pride, and I definitely plan on doing that."

BIG Congratulations to #IFDRecruitClass86 on the successful completion of their 28 week recruit school and tonight's graduation. It was a celebration for sure! Thank you to @TheCreekIndy for allowing us to use their wonderful facility. See you on the street. pic.twitter.com/fmtsbeH3kn

Stephen spent his first shift with IFD working at a fire house where his grandpa and dad both started their careers.

"Ultimately, I knew this was my dream job," Stephen said. "This was my end goal, so to be a part of that is something that I just think is, you know, unbelievable to me. I just can't believe I'm here."