William Bullock is accused of passing a school bus when the arm signal was extended. 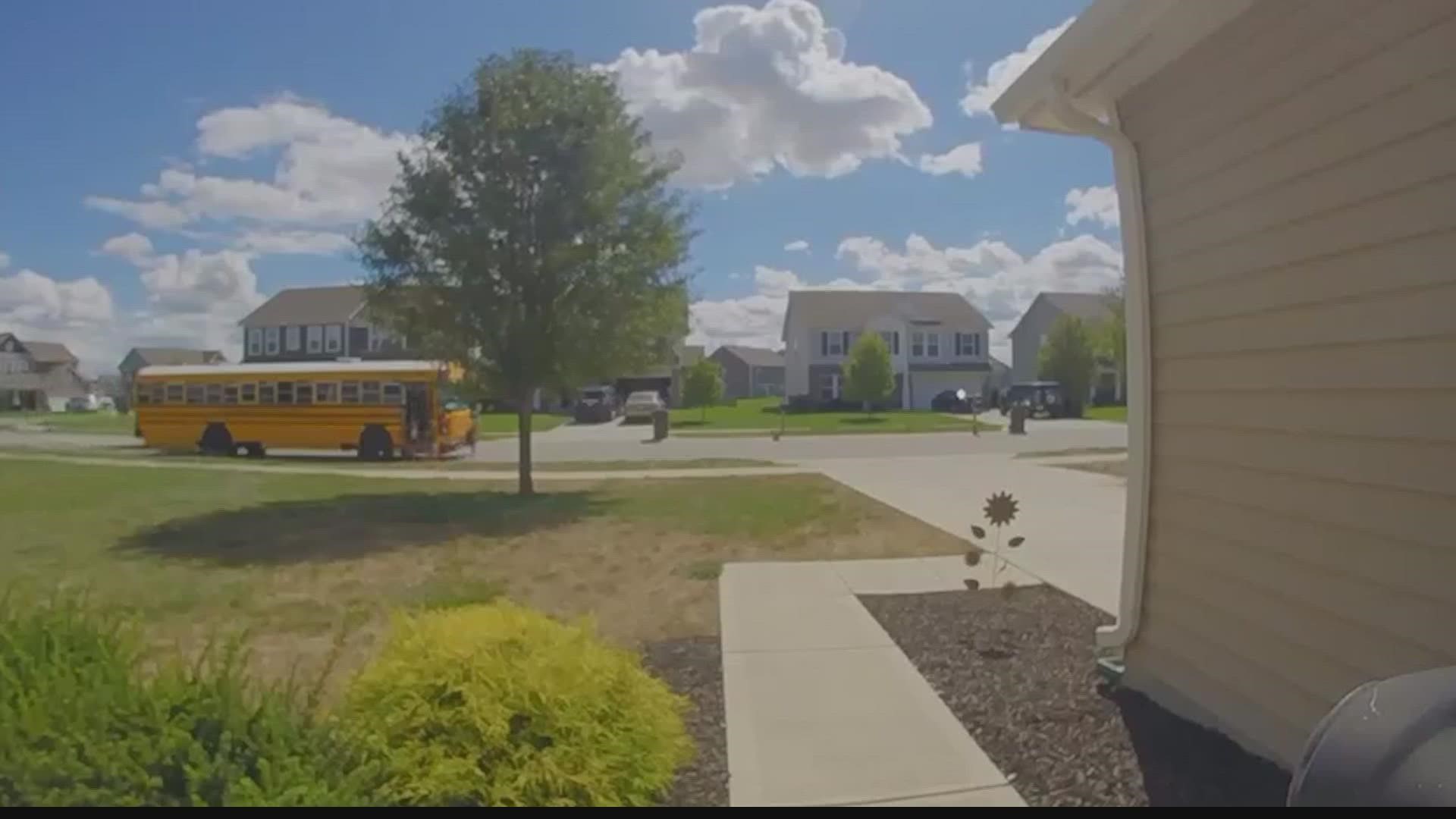 MCCORDSVILLE, Ind. — NOTE: The above video is from a previous report on the incident.

A UPS driver caught on camera passing a school bus in McCordsville as it was letting children off is now charged with a crime.

William Bullock is accused of passing a school bus when the arm signal was extended. A warrant is out for his arrest and bond has been set at $600.

On Sept. 9, three of Kelley Beal's children were getting off the bus outside her home when she saw the UPS truck approaching. Beal told 13News, the Mt. Vernon school bus had the lights flashing and the stop arm out.

"I just knew he was not going to stop," Beal said.

In surveillance video, you can hear her screaming "stop" as the UPS truck starts going around the school bus. At the same time, her three children had gotten off and were about to cross the street.

Beal said when the bus driver heard her screams, she began waving at the UPS driver to stop and Beal believes it was the bus driver that honked her horn.

The UPS truck lurched to a stop not far from where the children froze when they heard their mother screaming.

In the video, you can see the UPS truck then back up, and the children cross the street.

13News reached out to the McCordsville Police Department about the incident. Major Jim Bell responded, saying the officer spoke with the driver of the vehicle. According to police, the UPS driver told the officer that he did not see the stop arm extended when he went to pass. The driver also stated that when he observed the stop arm out, while passing the bus, he did stop the truck.

Police said they were provided surveillance video of the incident, but the officer could not determine if the stop arm was out when the UPS driver was passing the bus. The officer was unable to determine if a violation had occurred.

However, the Mt. Vernon Community School Corporation told 13News the bus stop arms are equipped with cameras and that video was later turned over to police. According to court documents, that video shows the stop arm was out as the UPS struck moves to pass the bus. It shows the UPS truck continue next to the bus and then stop and reverse.

A statement to 13News from UPS said the company was aware of the incident, investigating and would take appropriate action.