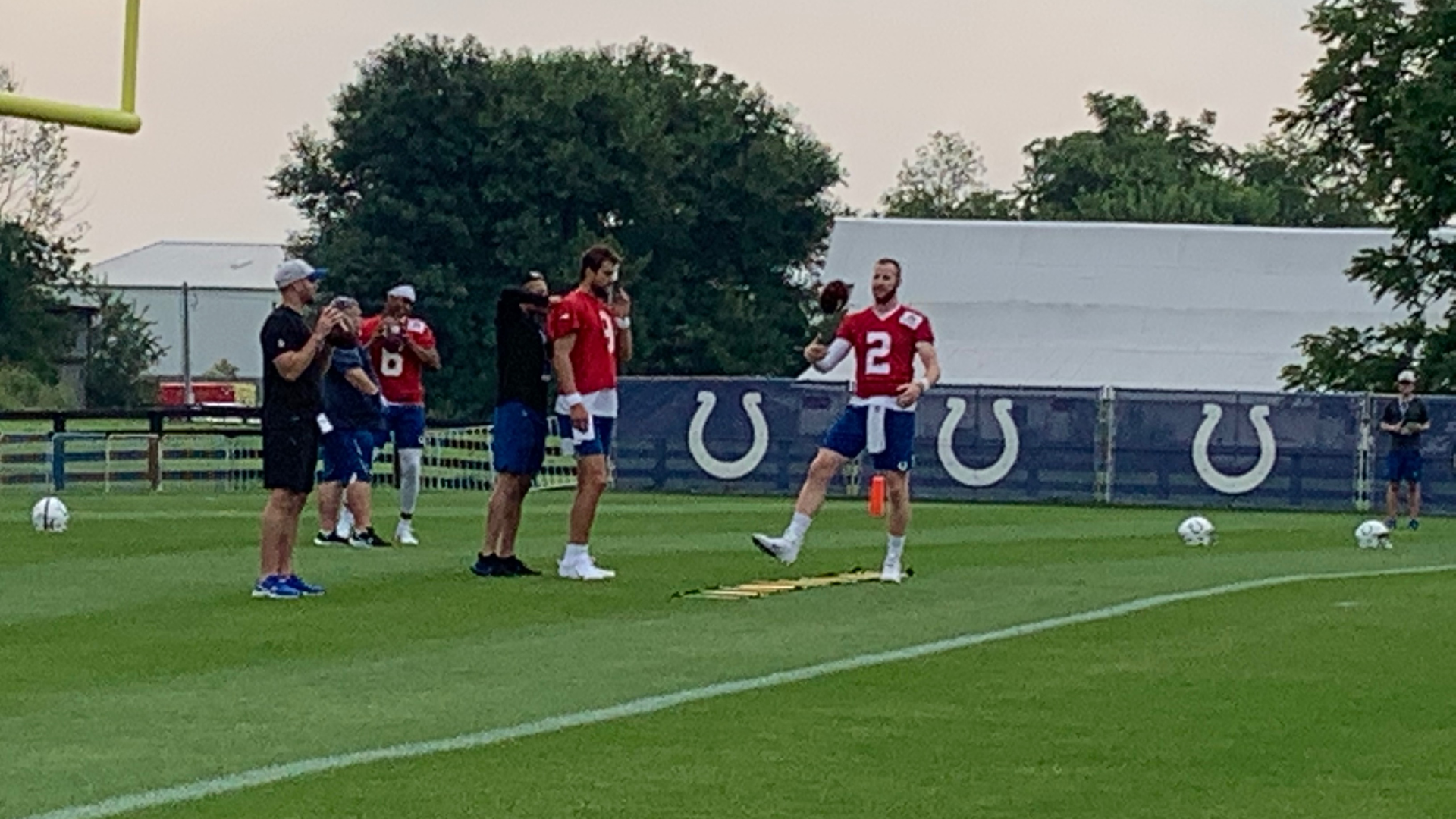 INDIANAPOLIS — Philip Rivers may not be done yet.

The former Colts quarterback, who traded in his cleats for a coach's whistle at an Alabama high school after last season, is apparently thinking about a comeback.

Rivers told the Los Angeles Times Tuesday he was "going to stay ready" in case an opportunity presented itself for a return to the NFL.

"I'm not quite there," he told the newspaper, adding that while he wouldn't have made weight for training camp, he has started lifting weights and running again.

The 39-year-old Rivers threw for 4,169 yards and 24 touchdowns in leading Indianapolis to the playoffs last year, wrapping up a 17-year career in which he compiled more than 63,000 passing yards and threw 421 touchdowns.

He is currently the head coach at St. Michael Catholic High School in Fairhope, Alabama.

The Colts signed Carson Wentz in the offseason to take over the reins from Rivers, but the former Eagles quarterback suffered a foot injury that required surgery that will sideline him for an estimated 5-12 weeks.

Indianapolis opens the season at home against Seattle on Sept. 12, which is five weeks from this Sunday. Should Wentz require the full 12 weeks in his estimated recovery time, he would be out until roughly Week 7 of the season, a Sunday Night Football matchup in San Francisco. The Colts' bye week doesn't fall until Week 14, the week of Dec. 12.

"I want to make sure I’m very clear: I’m not predicting I will play in December or January, for that matter. One, you’ve got to have somebody who wants you, and two, it’s got to be right," Rivers told Sam Farmer of the LA Times. "But I have not completely ruled that out.”

Philip Rivers to @latimes: “I’m not predicting I will play in December or January, for that matter. One, you’ve got to have somebody who wants you, and two, it’s got to be right.

“But I have not completely ruled that out.”https://t.co/Ry3oeLw99I

The Colts are currently leaning toward starting second-year quarterback Jacob Eason in place of Wentz. Eason has yet to take a snap in a regular season NFL game.