Five pets were killed in the explosion at a home on North Rybolt Avenue last Friday. 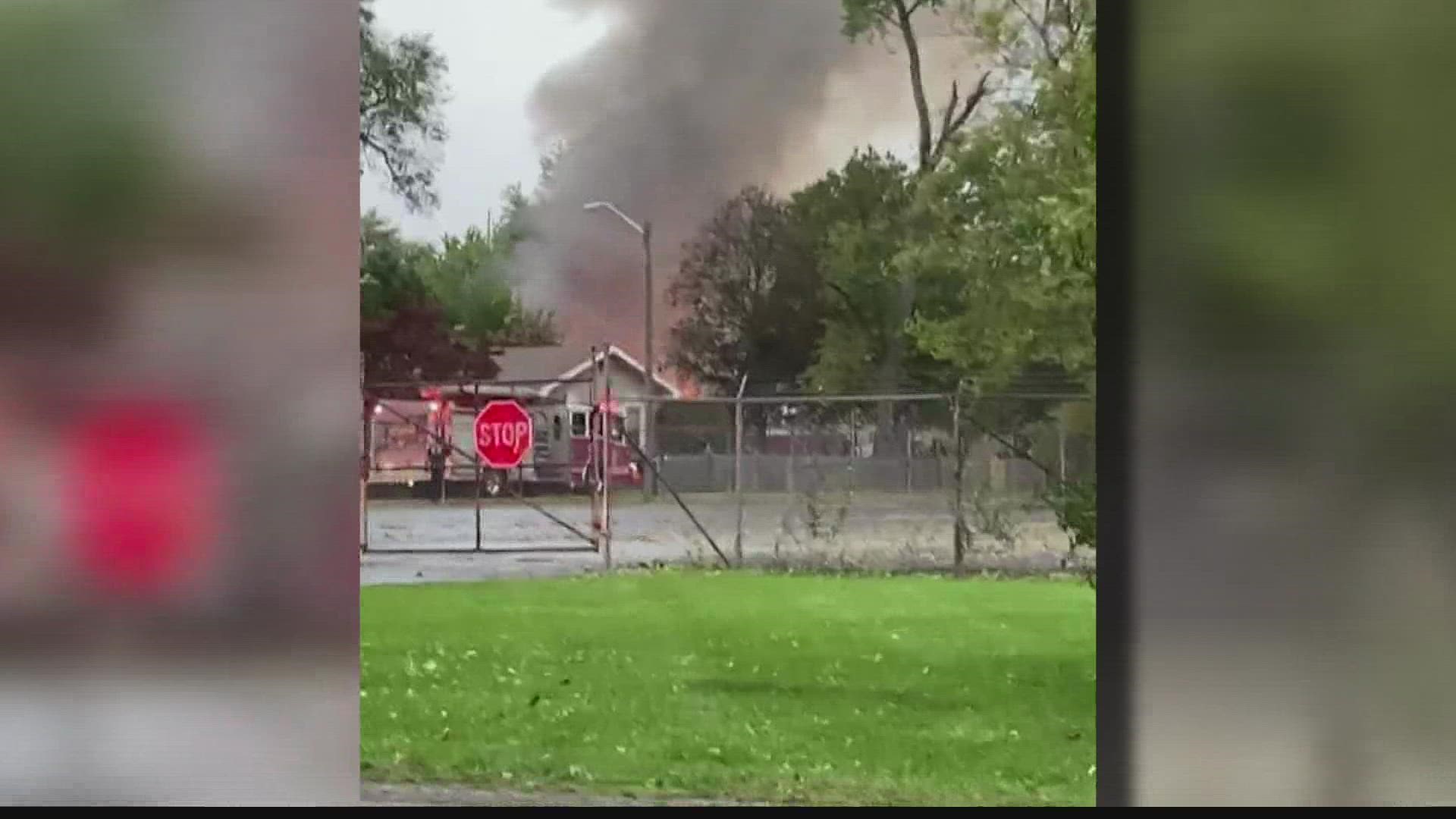 INDIANAPOLIS — Family members tell 13News that everyone survived a home explosion last Friday on the west side of Indianapolis because of one sibling and the neighbors who helped them.

However, those who were hurt in the blast will have an uphill battle.

David Hermsen's mom is still in the hospital with third-degree burns. His brother's girlfriend was taken off life-support and is now on a ventilator.

The explosion, caused by a fire pit that was on top of a gas line, happened last Friday morning on North Rybolt Avenue.

Hermsen was in Las Vegas when he and his siblings got the news.

"I still to this day don't know how they made it out," Hermsen said. "Whenever it exploded, it blew (his mother) out this way, and so the walls and the roof all fell on her. My brother got Ari through this window right here, where the glass is broke and the neighbor came over and pulled her out, and Zack had to go through these walls that were on fire and got my mom out from underneath the wall and push her out. So, we're just thankful for lives right now."

Five pets were also lost in the explosion.

The family didn't have homeowners' insurance.

"We’re going to make sure that my mom, when she gets out and my dad and my brother are going to be comfortable. So, that’s all that we’re worried about right now," Hermsen said.

They have set up a GoFundMe account to the victims rebuild their lives after the tragedy.