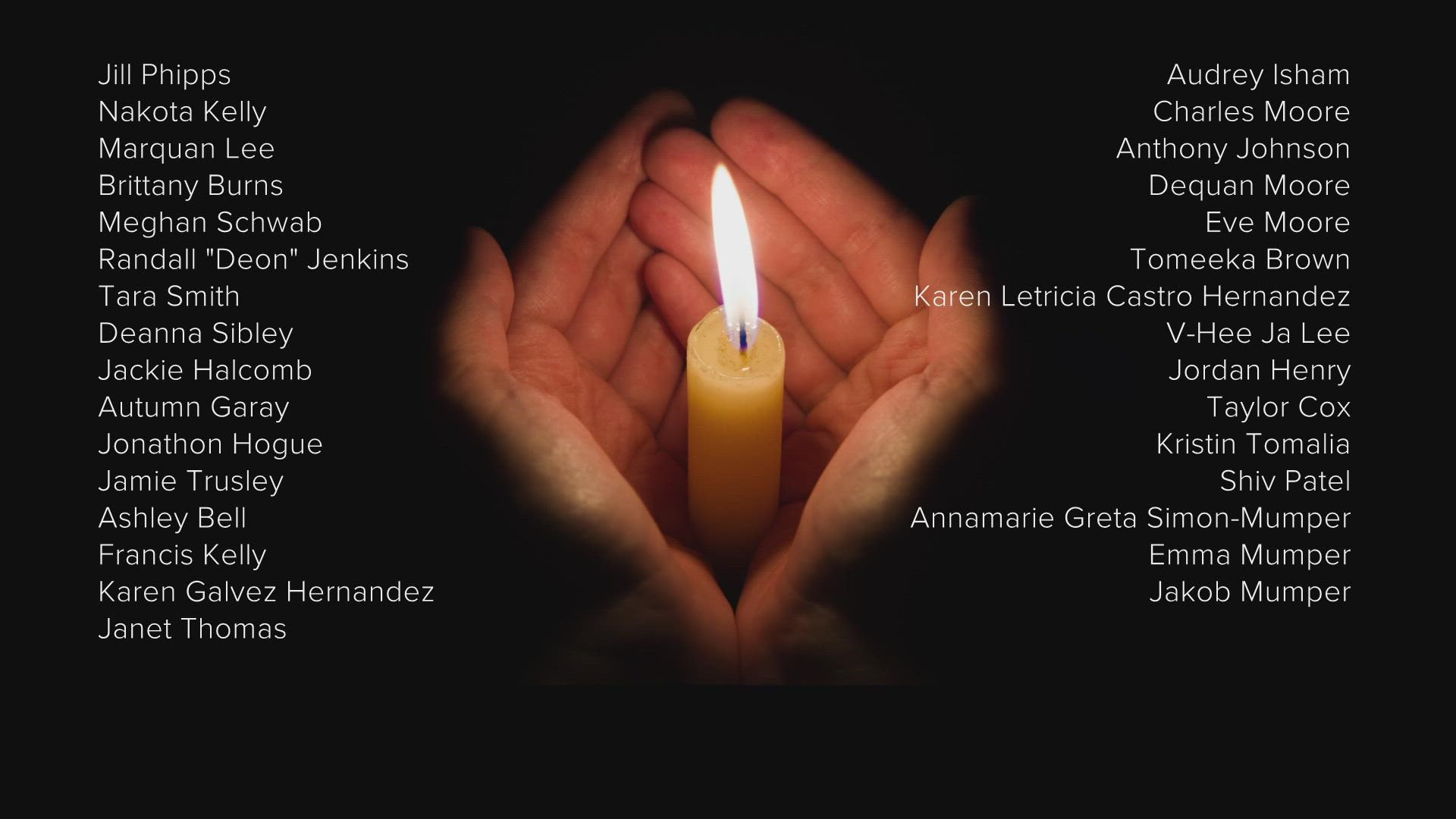 INDIANAPOLIS — Hoosiers who have lost loved ones to abuse are fighting for the future of countless others in dangerous situations.

In one year, Indiana saw dozens of Hoosiers killed in domestic disputes. It's a threat to people of all different ages, races and genders.

Those lives were remembered during a commemoration ceremony Tuesday hosted by the Domestic Violence Network.

Each of the victims' names was read out loud and a candle was lit in their memory.

“She was super-wise beyond her years, and I often found myself going to her for advice. So, she is someone I really looked up to and truly my greatest accomplishment in life is being her sister,” said Amber Jaquez, the older sister of domestic violence victim Autumn Garay.

Garay, 20, was allegedly killed by an ex-boyfriend last November in the 9000 Westfield apartment complex on Indianapolis' north side.

Even though it’s difficult, Jaquez continues to share her sister’s story to hopefully bring awareness.

“Each time I am telling Autumn’s story, I think to myself, ‘How can I be here and Autumn’s not?’” she said.

The executive director of the Domestic Violence Network said it's the largest number of victims they have ever had.

“They are not just names. They are human beings. They have family members and friends, and it was devastating that someone that was supposed to love them took their lives,” said Kelly McBride, executive director of DVN.

Since the pandemic started last March, advocates have seen a drastic increase in domestic violence and abuse.

“They are having to quarantine with your abuser, where normally you would go to work or go to school, instead you are in the same tight quarters at the same time,” McBride said.

That’s why advocates and families continue to spread awareness and offer ways for people to find help.

“She was always the number one priority in my life when she was alive and it’s always going to stay that way. So, everything I do, it’s for Autumn,” Jaquez said.

For those in need of help, there are 24-hour hotlines you can call, centers offering a safe place to stay, legal assistance and financial help.

You can find more information here and here.