The crash involved a vehicle that was pursued by police out of Lawrence and later crashed on State Road 32, near Boone County 650 East. 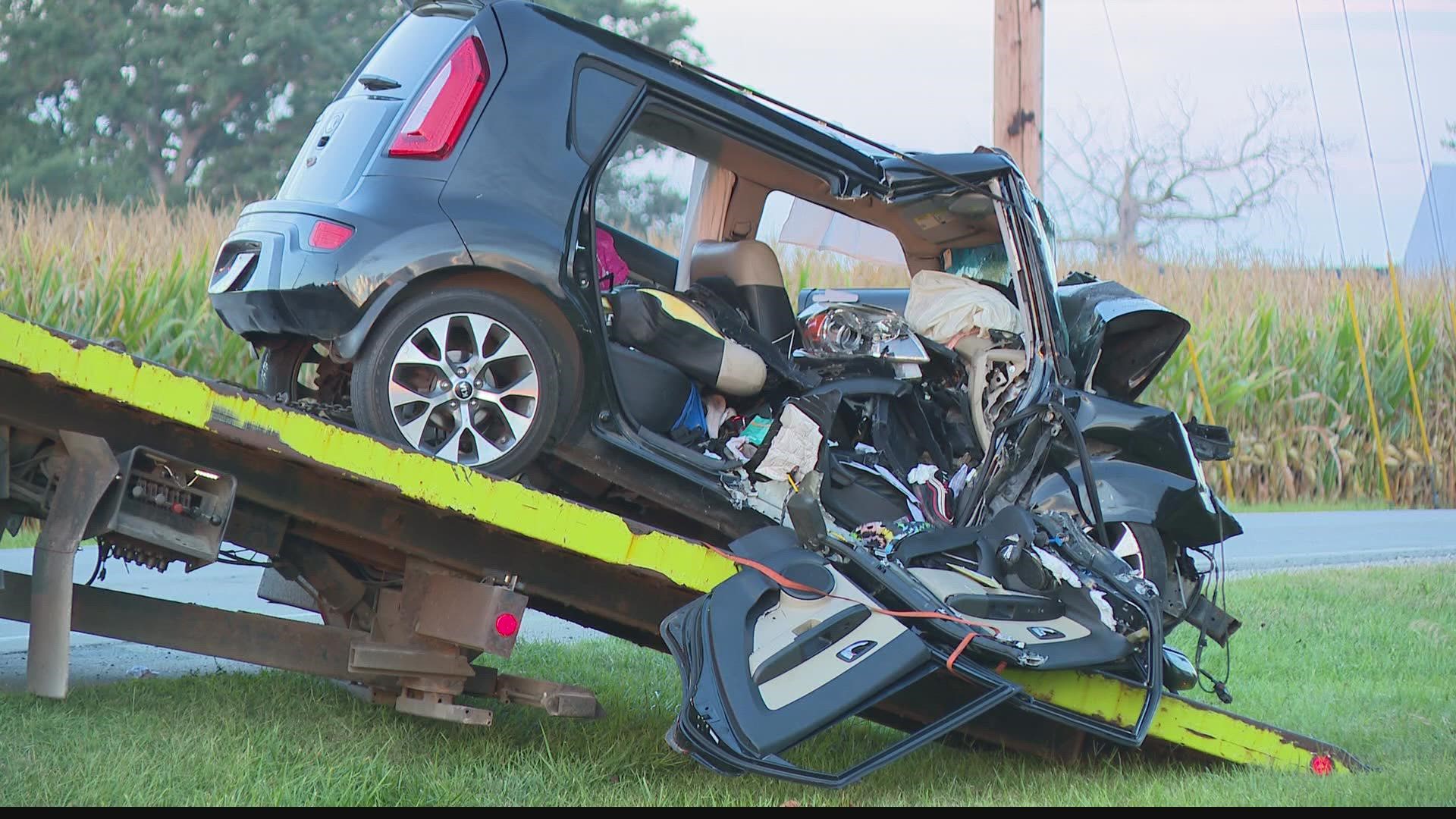 LEBANON, Ind. — Investigators say a 14-year-old boy was driving a car full of preteens and teens that crashed into a tree early Friday morning in rural Boone County. Lawrence Police had chased that car across Indianapolis until it left Marion County.

None of their names have been shared by authorities.

Credit: WTHR/Scott Graber
Boone County officials said the driver and a 13-year-old female passenger were killed in a single-vehicle crash Friday morning. Four other minors were injured as well.

The pursuit headed west on Pendleton Pike, then west on 38th Street, racing to the other side of Indianapolis in about eight minutes. 38th Street feeds onto Interstate 65 north. At 4:14 a.m., the pursuit was close to leaving Marion County on the interstate at Traders Lane. Lawrence Police called off the chase, according to the police radio transmission:

"I think we need to terminate.”

“Lawrence, we will terminate.”

"Metro is stating they actually have the driver of the vehicle you are pursuing on the line,” said the dispatcher. “They're going to be transferring him to me.”

The nature of that 911 call and who in the vehicle made it is unclear. The vehicle crashed into a tree at Boone County Road 650 East and State Road 32.

"The pursuit was terminated still in Marion County,” said Lawrence Police Deputy Chief Gary Woodruff. “We did still have officers remaining in the area though, and Lawrence officers apparently did find the crash initially, but were not engaged in active pursuit at that time."

Lawrence police arrived at the crash scene at 4:24 a.m.

"It looks like this is going to be fatal...information...and the vehicle's on fire,” radioed a Lawrence officer at the crash scene.

"My heart goes out to the family, the parents, the brothers, and the sisters that are related to these young juveniles,” said Boone County Sheriff Mike Nielsen. “It's really sad, and it's really heartbreaking for me as the sheriff to see this."

A woman that lives in the home at the crash scene says the tree likely kept the car from crashing into her bedroom.

Police later released details of the second fatality crash in western Boone County. A good Samaritan called the Boone County Communications Center around 2:45 a.m. about a single-vehicle accident in the area of county roads 300 south and 1200 west.

Deputies found a silver Nissan, driven by Christopher Harris, that had crashed into a tree. A preliminary investigation believes Harris was driving westbound on County Road 300 South when his car left the roadway and struck a tree.