Kristen Roy held off getting vaccinated because of her pregnancy. By the time she made an appointment to get the shot, it was too late. 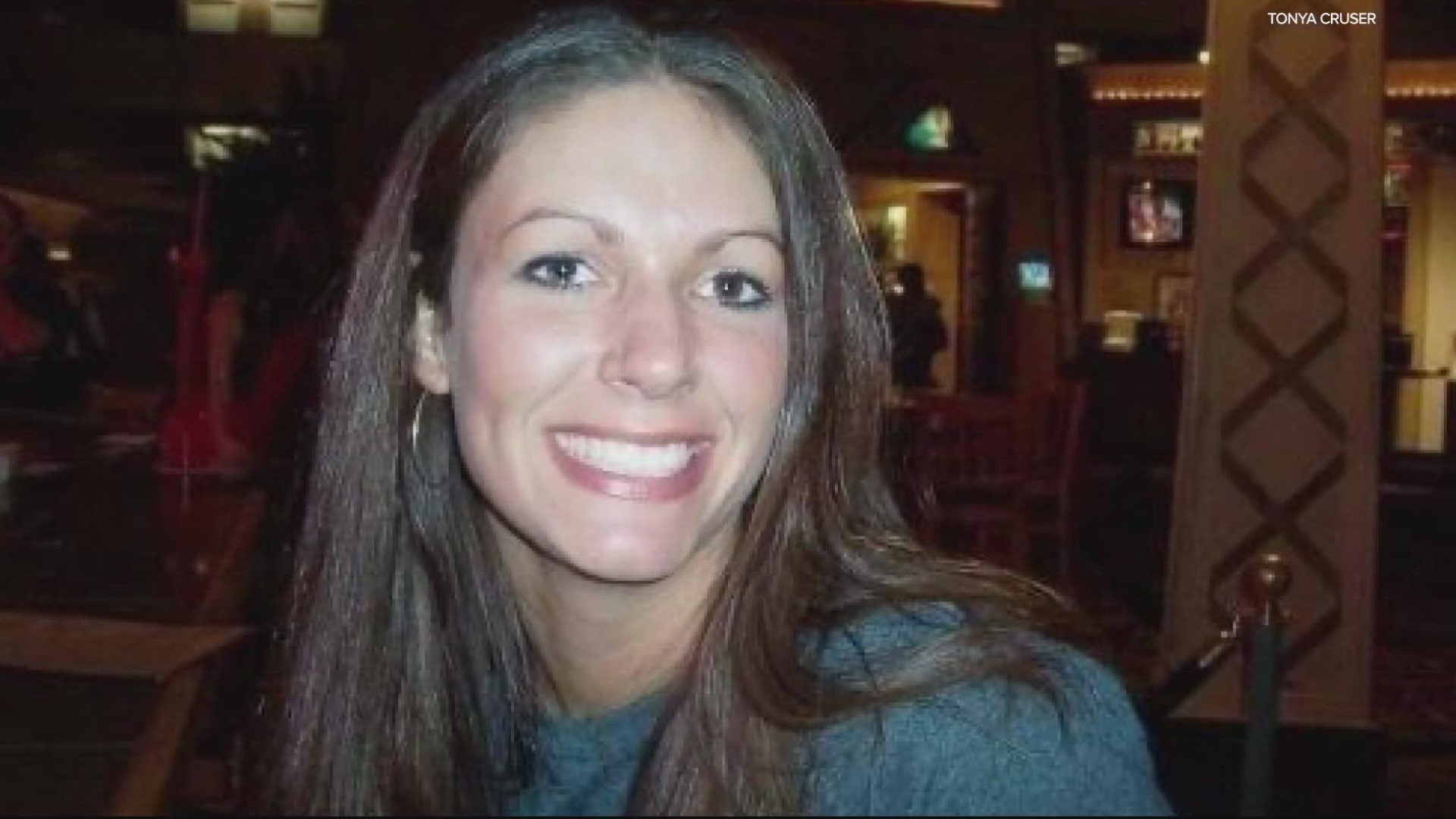 INDIANAPOLIS — He’s still got a long way to go, but baby Elijah Levi Roy is here and doing better every day in the NICU at Riley Hospital for Children after being born at just 25-and-a-half weeks.

“The fact that he’s alive and doing well is a miracle,” said Elijah's aunt, Courtney Burke.

When he’s old enough to understand, Burke plans to tell her nephew all about how hard his mother, Kristen, fought to stay alive, even as she fought COVID-19, so he could have a fighting chance, too.

“Her being on all that life support is what gave him that time to get to where he could be born and have a chance. A couple weeks earlier and he probably wouldn’t have had a chance at all,” Burke explained.

Kristen, a 38-year-old native of Franklin, just married her husband, Matthew, in December and became pregnant a few months later.

“She was very excited,” Burke said, explaining that Kristen didn’t want to get the COVID-19 vaccine right away because she was unsure about how it might affect the baby.

When her doctor recommended it, though, Kristen made an appointment.

“By that point, it was too late,” said Burke.

RELATED: VERIFY: No link between coronavirus vaccines and fertility

“Within just one week, she was hospitalized,” said Burke, adding that her sister’s condition deteriorated quickly, and she was put on life support to give Elijah as much time as possible before he was born.

“Then the time came, Aug. 13, where her stats were dropping significantly, and so that’s when they made the call that we’re going to lose her and the baby if we don’t deliver the baby today,” Burke recalled.

Doctors told Kristen’s family she might not survive the cesarean section. She did, but wasn't conscious so she could meet her son.

"He never got to see her," said Burke, breaking down in tears.

Credit: Family photo
Elijah Levi Roy was born August 13 while his mother, Kristen, was on life support with COVID-19.

“I believe she saved his life. She held on long enough for him to be born,” said Burke.

Still, Kristen Roy won’t be there for her son’s first birthday, his first steps or his first day of school — not in person, anyway.

“She’ll be with him,” said Burke, calling her sister Elijah’s “guardian angel.”

Even so, it’s not the way Kristen’s family would have hoped.

“All together, we will make sure Eli has a good life, but its still not as good as what he would have had with his mom,” Burke added.

Knowing that a vaccine likely could have prevented her sister’s death is hard for this grieving sister to take.

“Maybe her death, it won’t be for nothing,” said Burke.