The first season of "Sharkdog" is now streaming on Netflix. 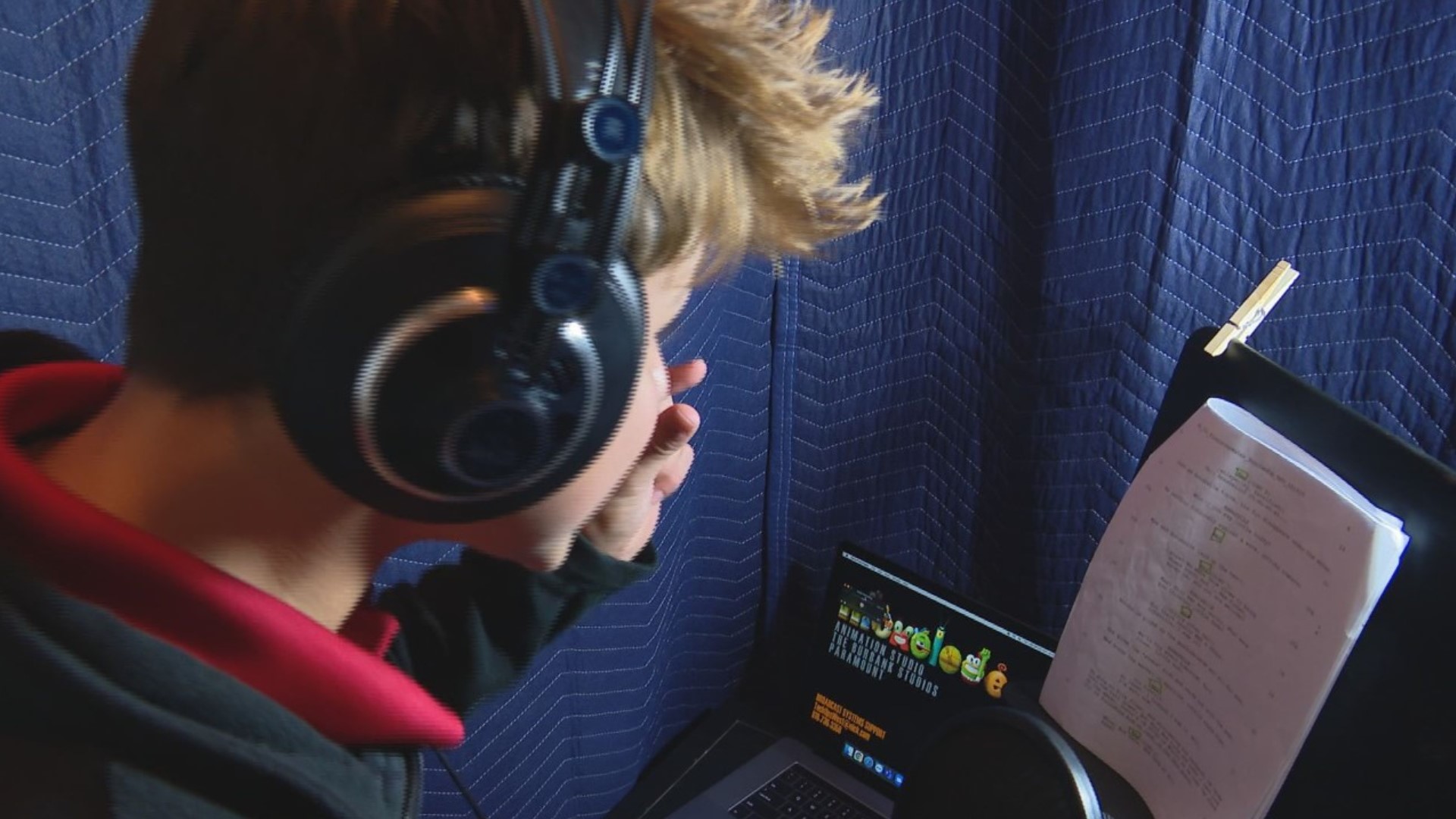 He plays Max, the owner of a half-dog, half-shark pet.

Liam has always been an actor and landed an agent in Los Angeles after attending an acting camp. From there, he landed a lead role on "Sharkdog."

"I was just super excited. I didn't really know what to expect. I had never done something this large," Liam said.

"You submit so many opportunities, and you're looking for one to land. Sometimes, the one you don't expect to land lands, which is what happened here. It's much more impactful," said Liam's father, Will.

Liam isn't recording from a flashy studio in Los Angeles — his voice work in the Netflix series is done from a tiny closet in the basement of his Carmel home.

Although it's tight, it gets the job done. Now, Liam is reaching audiences everywhere.

Credit: WTHR/John Doran
Carmel seventh-grader Liam Mitchell records voiceover work in a tiny closet in the basement of his home.

"To have something that is as mainstream as this, with Netflix and Nickelodeon collaborating, for him to get that opportunity, I think we were blown away," Will said. "We expected stuff much more localized initially, but to get this opportunity has been a God-given gift."

The first season of "Sharkdog" is now streaming on Netflix.