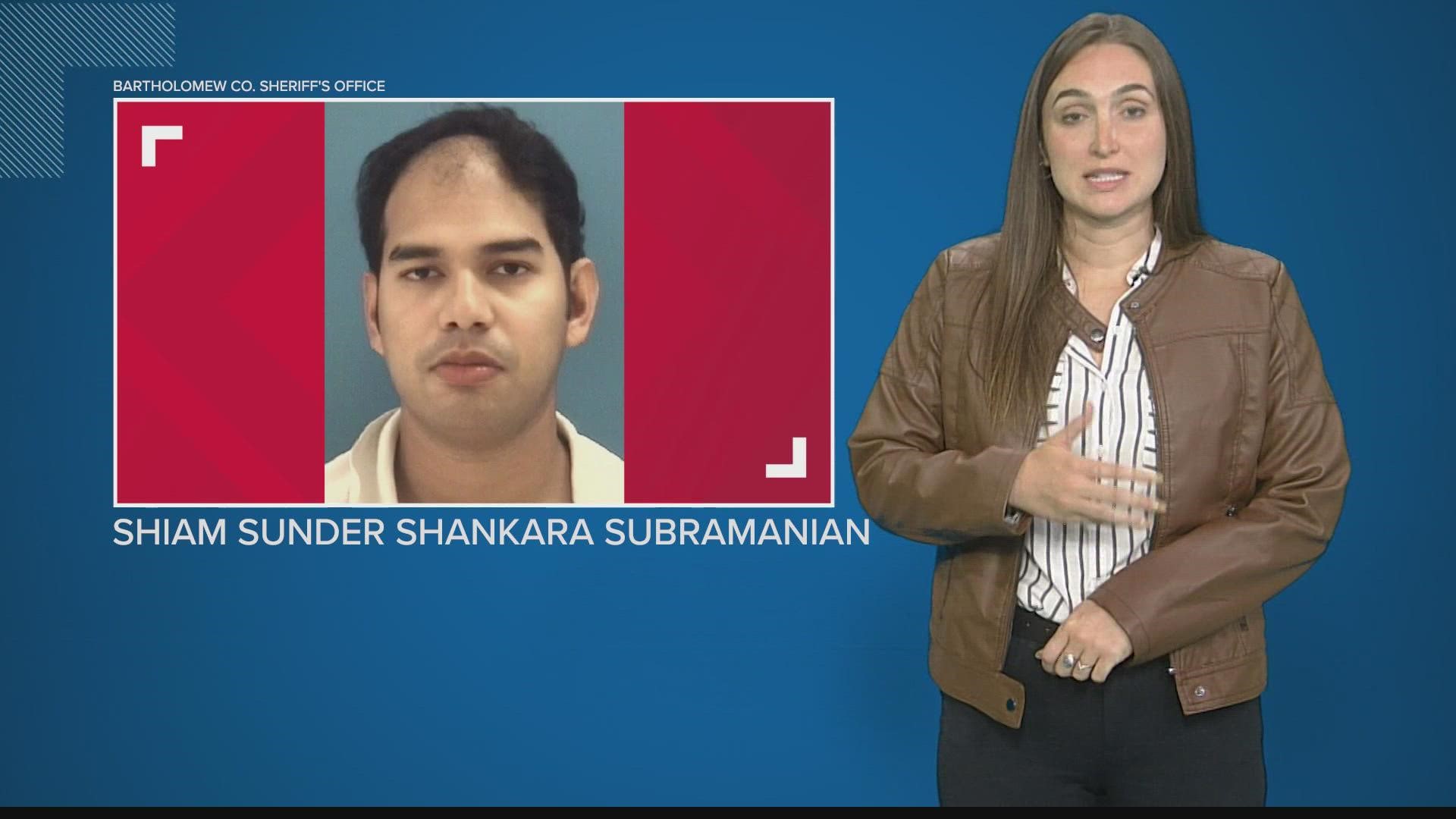 BARTHOLOMEW COUNTY, Ind — 13News learned Shiam Sunder Shankara Subramanian, 25, bonded out of jail Thursday. He is facing charges for leaving the scene of an accident resulting in death and passing school bus when arm signal is extended causing death.

He is accused of hitting and killing 16-year-old Lily Streeval just before 7 a.m. on Aug. 30. Witnesses said Streeval crossed South Gladstone Avenue to get onto her stopped school bus when a passing car didn't stop and hit her.

The car then took off, and a witness went after the car.

"I thought, 'He ain't getting away with this. He just hit that kid,'" said witness Brian Rea.

Credit: Family photos
Lily Streeval died when she was struck by a hit-and-run driver while she boarded her bus in Bartholomew County.

"I had to do what was right and not let him get away," Rea said.

Shankara Subramanian's white Honda Civic had a shattered windshield, a dented hood and other damage.

According to court documents, he told officers he had seen flashing lights and hit something on his way to work.

"I don't think this will ever go to court. That person didn't even stop when they hit her. He's not going to stay for trial," said Teri Burbrink, Streeval's mother. "Change the laws. Make it so that hit-and-run people can't get out of jail and run. They've already proven that's what they do."