Lifelong fan, 92, 'excited' about March Madness, won't give up on favorite team

Norma Thurman told 13News she hoped to get one of the March Madness logo face masks. We delivered, and got to hear about her love of the game. 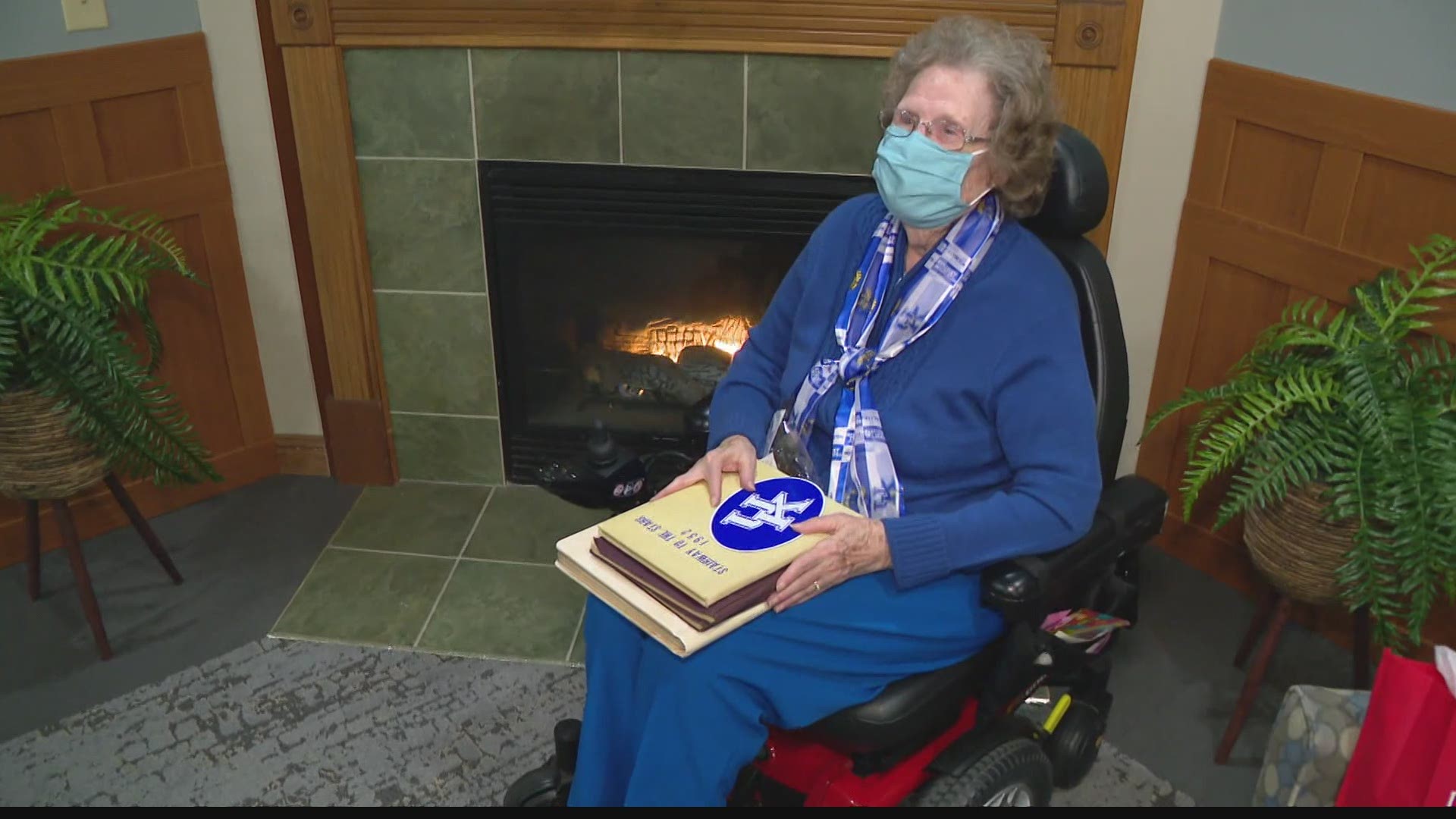 MOORESVILLE, Ind. — Norma Thurman describes herself as a lifelong basketball fan, and she's pumped that Indianapolis is hosting March Madness.

"I'm always excited about March Madness and the whole family is. We get involved," she said.

Thurman, 92, lives in an assisted living community in Mooresville. While she can't come to Indianapolis, she's feeling the energy and looking forward to watching up to four hours a day of tournament play.

But this year, she doubts her team, the Kentucky Wildcats, will make the cut.

Still, she's excited to fill out the brackets with her kids, as they do every year.

"I'll fill it all out, but I'm never right," Thurman laughed.

But if she had to pick a team?

"I guess Gonzaga has the best chance, from what I read."

Thurman's love of the game began as a young girl.

"Before television came, we'd listen on the radio, when Adolph Rupp was coach," she said.

"In gym back then, girls' basketball was not fun at all. Only the forward and center made goals. If you were a guard, you couldn't have any fun."

But she did follow the boys' team. Because her Kentucky high school was so small, it didn't have a football team, so basketball was the only game in town. But she said with World War II going on, "so many young men went off to the service, so we didn't have a big team."

Nor a winning one. But Thurman was hooked.

The college she attended in Ohio didn't have a basketball team, so she remained a steadfast Wildcats fan. When she met an Evansville, Indiana man who would become her husband, she made sure he, too, became a devoted Wildcats fan.

The largest #MarchMadness bracket EVER is located at the JW Marriott in downtown Indy! 👀 pic.twitter.com/ejpHfqTuVx

Thurman knows a lot about basketball.  She loves to watch the strategy, how the players connect, and she can be very vocal when sitting in her room watching a tight game unfold.

"Oh yes, yes," she laughs recalling how "Some nurses came to my room, thinking I was sick when they heard me yelling."

And they may hear more yelling in the weeks ahead.  For Thurman, it can't come soon enough.