The city will host nearly 100 college basketball games from the Horizon League semifinals through the men's national championship game. 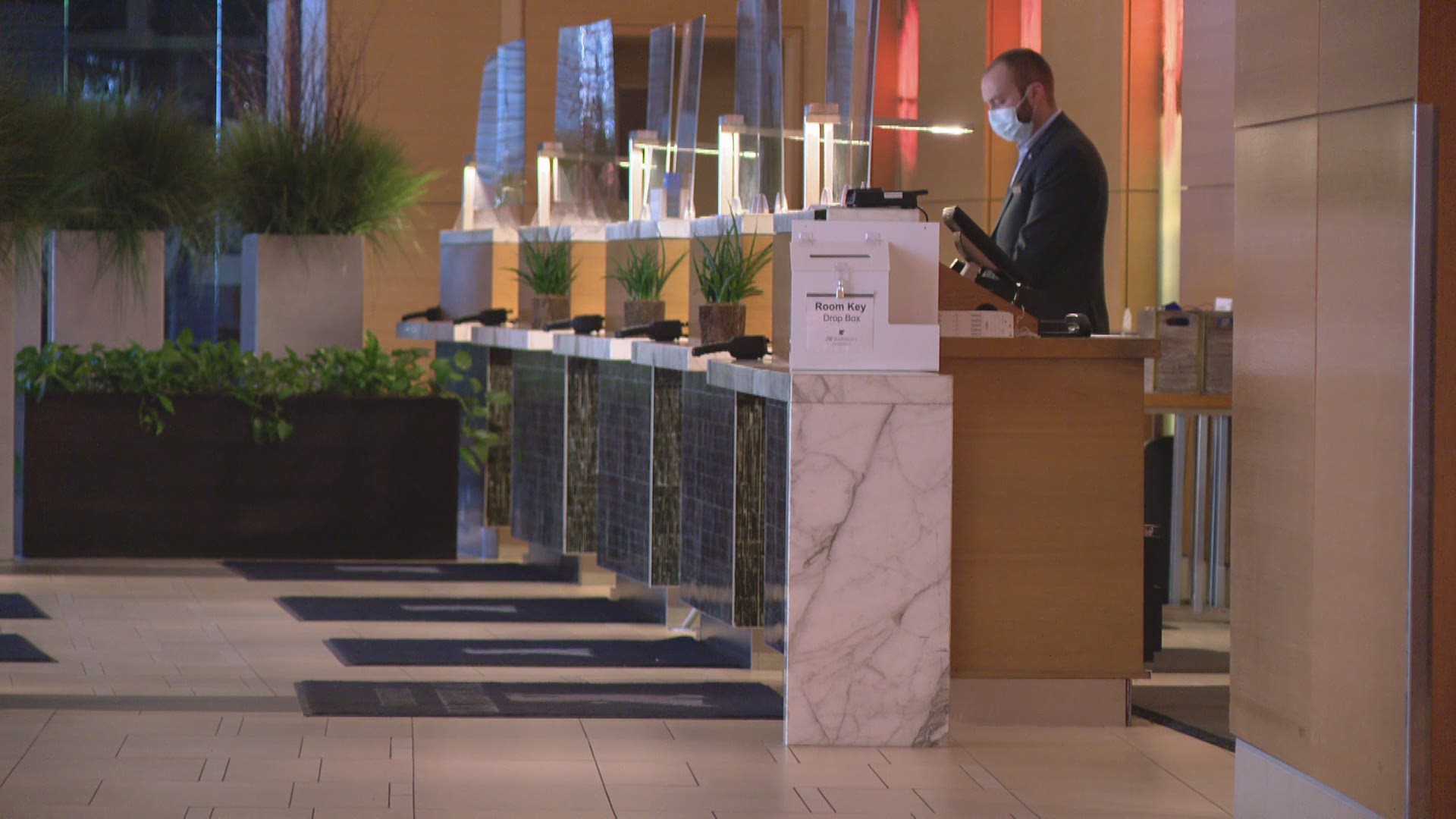 INDIANAPOLIS — It's the first day of March. Get ready for non-stop basketball in the coming weeks - in all, 99 games in 29 days.

While the things were slow at the JW Marriott Monday morning, things will soon change. The JW, the city's largest hotel, is among several hotels playing a big role in March Madness.

"We are extremely excited to get our staff all ready and prepared and our operations in place," said general manager Phil Ray.

The JW will host three men's and women's teams for the Big Ten Tournament, followed by 26 teams at the start of the NCAA Tournament.

Ray said it means continuing to bring back employees who were laid off because of the pandemic.

Richard Wyant, who was furloughed for five months last year, is eager to see the hotel fill up again for more than just a weekend.

"I'm looking forward to the the customers and all the business at the hotel. It's definitely going to be a good change of pace," he said.

Ray said there's a lot to to do in the coming days. For one? Making sure there's enough food and beverages.

"Think about all the Final Four planning. This isn't just a four-, five- or six-day window, it's an extended two-to-three week window where we'll have a lot of steady business, all related to basketball," he said.

The JW is one of NCAA's five bubble hotels. It means teams will have dedicated floors with all the players and coaches having their own rooms. It also means access to the hotels and even connecting skywalks will be closed to the public, to maintain a "controlled environment."

Players' families and some fans will be allowed to attend NCAA Tournament play, with capacity at the various venues capped at 25 percent. Still unknown is whether the Big Ten Tournament will have fans. A spokesman for the Marion County Health Department said Dr. Virginia Caine has been in discussions with the Big Ten about fans and, one way or another, it will be the Big Ten that makes the announcement.

The Indiana Sports Corp, meantime, is looking for hundreds of volunteers to help with a downtown clean-up this Friday and Saturday. The Sports Corps' Brett Williams said they need 100 volunteers for each of the three shifts.

"We know this is a huge moment for our city, especially coming out of the past year and we want to put our best foot forward," she said. "And the best way to do that is making sure everything looks spic and span downtown."