March Madness: The safety concerns as thousands of fans travel to Indiana

The NCAA has safety protocols for teams, including extensive testing, social distancing and contact tracing before before teams arrive and throughout the tourney. 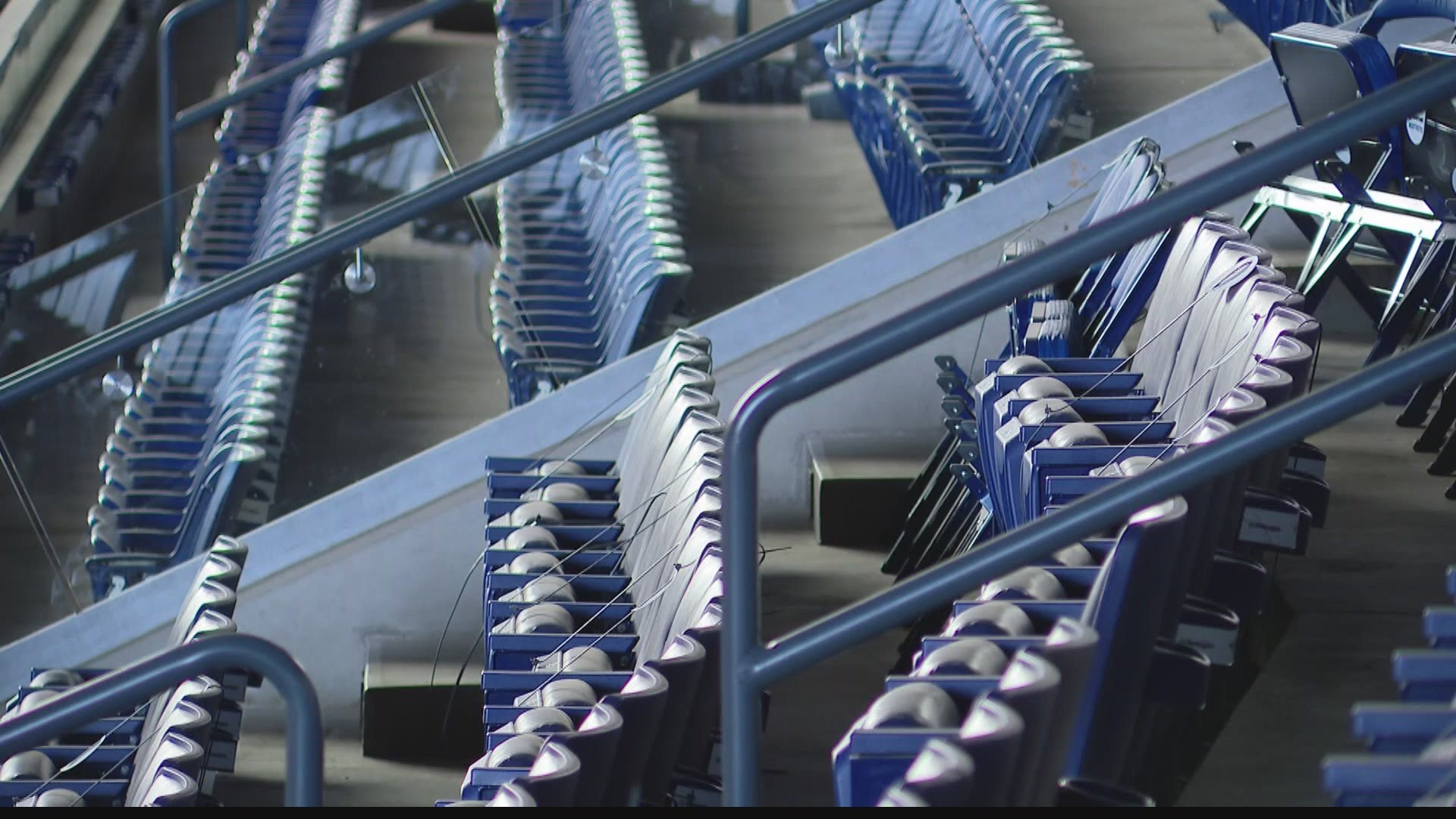 INDIANAPOLIS — Indiana is no stranger to big events. It is what the city is good at.

Since the pandemic hit, organizers have slowly brought back conventions and youth tournaments, but nothing compared to the scale of March Madness.

Indianapolis will also host the Big Ten Basketball Tournament and the men's and women's tourneys in the Horizon League.

The NCAA announced that they will allow 25 percent capacity at games during the tournament, drawing thousands of diehard fans to the Hoosier state.

“I am not going to lie, we do have concerns about the risks and safety of both the players and the coaching staff, the families as well as the fans,” said Dr. Brian Dixon, Regenstrief Institute's director of public health informatics. “We are excited that the tournament is coming here, but we recognize that there is some risk, so we are concerned that things could get out of hand if they are not managed tightly.”

NCAA has outlined safety protocols for teams traveling for the tournament, including extensive testing, social distancing and contact tracing before teams arrive and throughout the tournament.

But fans are left with somewhat looser restrictions.

Credit: WTHR
A pre-completion look at an image of the NCAA tourney bracket going up on the JW Marriott in Indianapolis.

“There are less up-front controls for the fans, which is where a lot of the concern comes from. They are coming from different places. They are not getting as much testing as the teams and of course, they are going to be all over the city,” Dixon said.

The state said it is working on a comprehensive COVID-19 testing and tracing plan for fans and teams coming to Indiana for March Madness. They're planning to track any out-of-state visitors who test positive and follow up with thorough contact tracing.

“Our out-of-state individuals, those labs will go to their state dashboards, but we will have views into individuals that are being tested. The teams will keep a very close accounting of the negative tests and any positive tests and those positive tests will be thoroughly contact traced,” said Dr. Kristina Box, state health commissioner.

Starting tonight on Monument Circle, Shining A Light will feature the new Indiana's Game: a Basket, a Ball and a Dream presentation which will run nightly after the Signature Salute at 8:45, 9:45 and 10:45 p.m. through April 5. #BackDowntownIndy https://t.co/56ZINBF4ZY pic.twitter.com/X6pngE4yAj

Marion County health officials say they have more than 200 contact tracers on standby, if needed.

Last Thursday, the county loosened capacity restrictions for restaurants and bars. They also extended the curfew from midnight to 2 a.m.

Even though the timing is convenient with March Madness, Indianapolis Mayor Joe Hogsett said the tournament was not the reason for the change, and that data is leading the decisions.

“We will stay vigilant with this change and we will continue to trust the health department and follow in their recommendations where the data takes us,” Hogsett said.

The other concern is the transmission of new COVID-19 variants that are known to be more infectious.

Right now, there is no evidence showing the new variants make people sicker or cause more people to die. The current vaccines are also shown to be somewhat effective against the variants.

“These variants do worry us because they seem to be more infectious instead of the 'regular' strain of coronavirus that we were dealing with last year,” Dixon said. “There is some concern that those variants might come into the city from those external travelers and fans who are coming to watch the games.”

Dixon said the tournament will act almost like a natural experiment.

“If this event is successful, it gives us a lot of hope that we can have the (Indianapolis) 500, that we can have many other events this summer,” he said. “If we all do our part to take precautions and make this a safe event for not only the players but also the fans, then we have the opportunity to earn both a reputation and future events that are more normal.”

He added that it is important for restaurant and bar owners to take extra safety precautions to monitor crowds, social distancing and mask-wearing.

“If people are improperly wearing their masks or violating some of the rules, it will be important to call them out and say, ‘Hey, just a general reminder we want everybody to be safe so we can all enjoy the games and have a good time,” Dixon said.

The Indiana Sports Corp is also working closely with the NCAA to keep everyone safe. They recently launched “Mask Madness” to encourage fans to play it safe during the tournament.