Trafalgar community rallies around 3 girls injured in I-65 crash

Police said the crash happened as the girls headed to the Indiana State Fair. 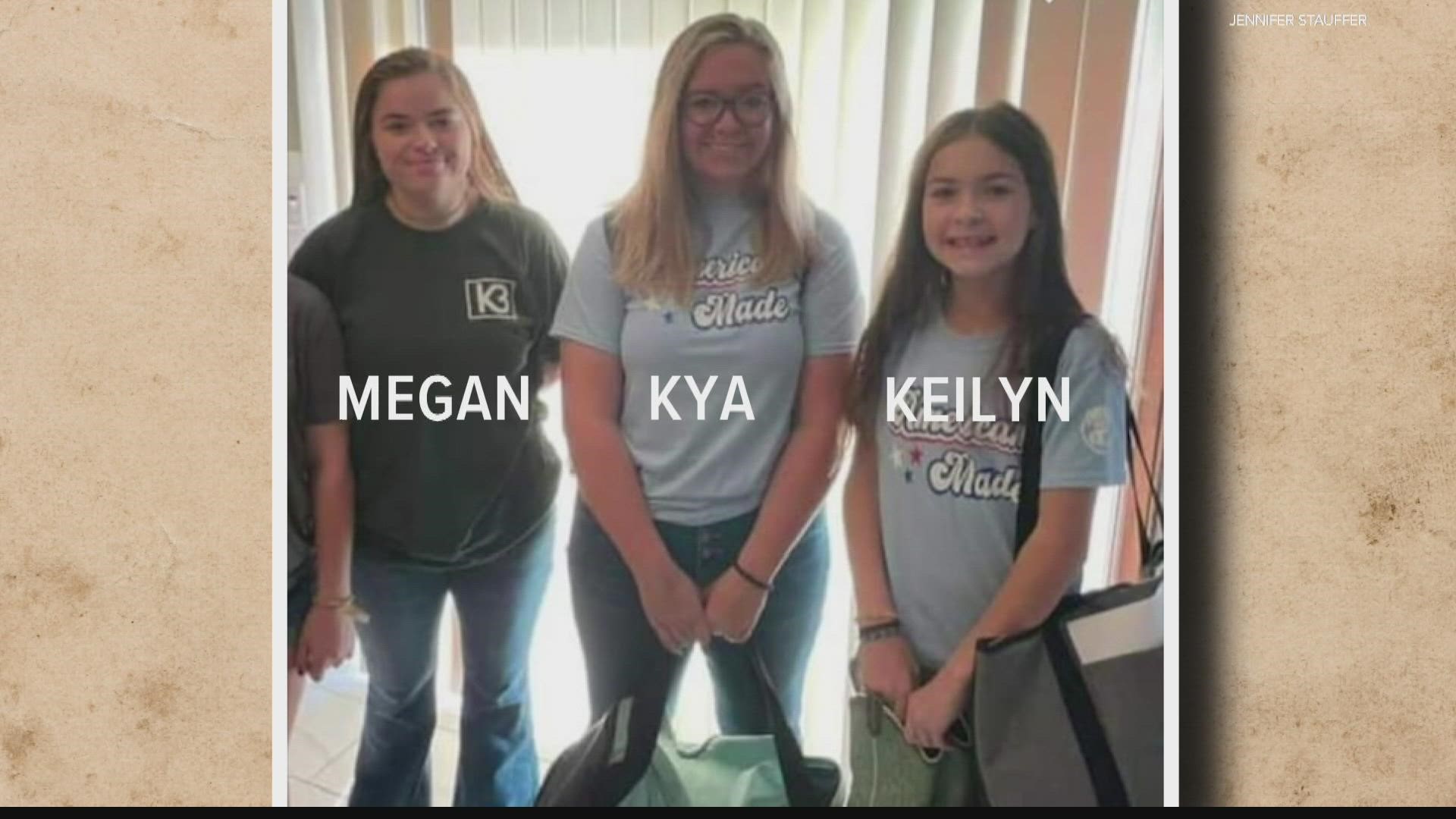 INDIANAPOLIS — Three 4-H members from Johnson County survived a frightening crash on Interstate 65 Tuesday as they traveled to the Indiana State Fair.

Now, as they fight through serious injury in the hospital, their hometown of Trafalgar is rallying around their recovery and sharing how the community can help support their families.

At Indian Creek High School, best friends Kya Lasley and Megan Murray should be celebrating the start of senior year.

"Today was a big day, was a big day," said Indian Creek teacher Lee Ann Blazer. "They would have just talked non-stop and been so excited about the first day of school."

Instead, the Trafalgar teenagers are battling serious and some critical injuries at Eskenazi Hospital, along with Kya's younger sister, Keilyn Stauffer, after a terrifying crash Tuesday morning.

State Police say both 17-year-olds were thrown from their truck and the 10-year-old was trapped inside, after a crash on I-65 sent the vehicle rolling off the interstate and plunging onto the street below.

"You don't have words," said teacher and family friend Amanda Oliver. "And the only thing we did was pray."

"I know it's going to be a long road to recovery no matter what, and I'm so glad that it's the next day and they're still here," Blazer added.

The girls were headed to the State Fair at the time, to prepare their pens for show.

Leaders in 4-H, Kya, Megan and Keilyn share a passion for animals and agriculture.

"That's exactly what they were going to do. They were going to show off their hard work to the state," said Joe Dunn, FFA advisor and Ag teacher at Indian Creek. "Kya's the president of two different 4-H clubs in the county. Megan joined first year as an officer for that club too."

"Kya, she's so passionate about learning more about animals, taking care of them, teaching other people. She got Megan involved in doing that, and they started showing together," Blazer said. "Megan is very academic-focused, wants to be top of the class and works extremely hard. They're just both really driven girls and really passionate and really responsible, and I think they have really great goals in life."

"The dedication they have to their extracurriculars and to their animals, I've been able to experience that firsthand," Dunn said. "They really took the time and really dedicated hours upon hours every day caring for these animals."

Now, the tight-knit community of Trafalgar is caring for these girls by sharing support for their families and offering prayers for recovery.

"That's what we're holding onto right now is just the strength and the prayer and then knowing that yeah, we have each other," Oliver said.

"We've rallied before around kids who've been in accidents or fights with cancer," Blazer added, "and we're going to rally around these girls."

As the girls continue to get treatment at the hospital in Indianapolis, the Mutual Savings Bank in Trafalgar has set up an account for each family. They're taking cash donations, along with gift cards for gas or food. To help, you can contact the bank at (317) 878-9484.

There will also be a prayer vigil Aug. 5 at 7 p.m. at the Johnson County Fairgrounds cattle barn, which is at 250 Fairground St. in Franklin. 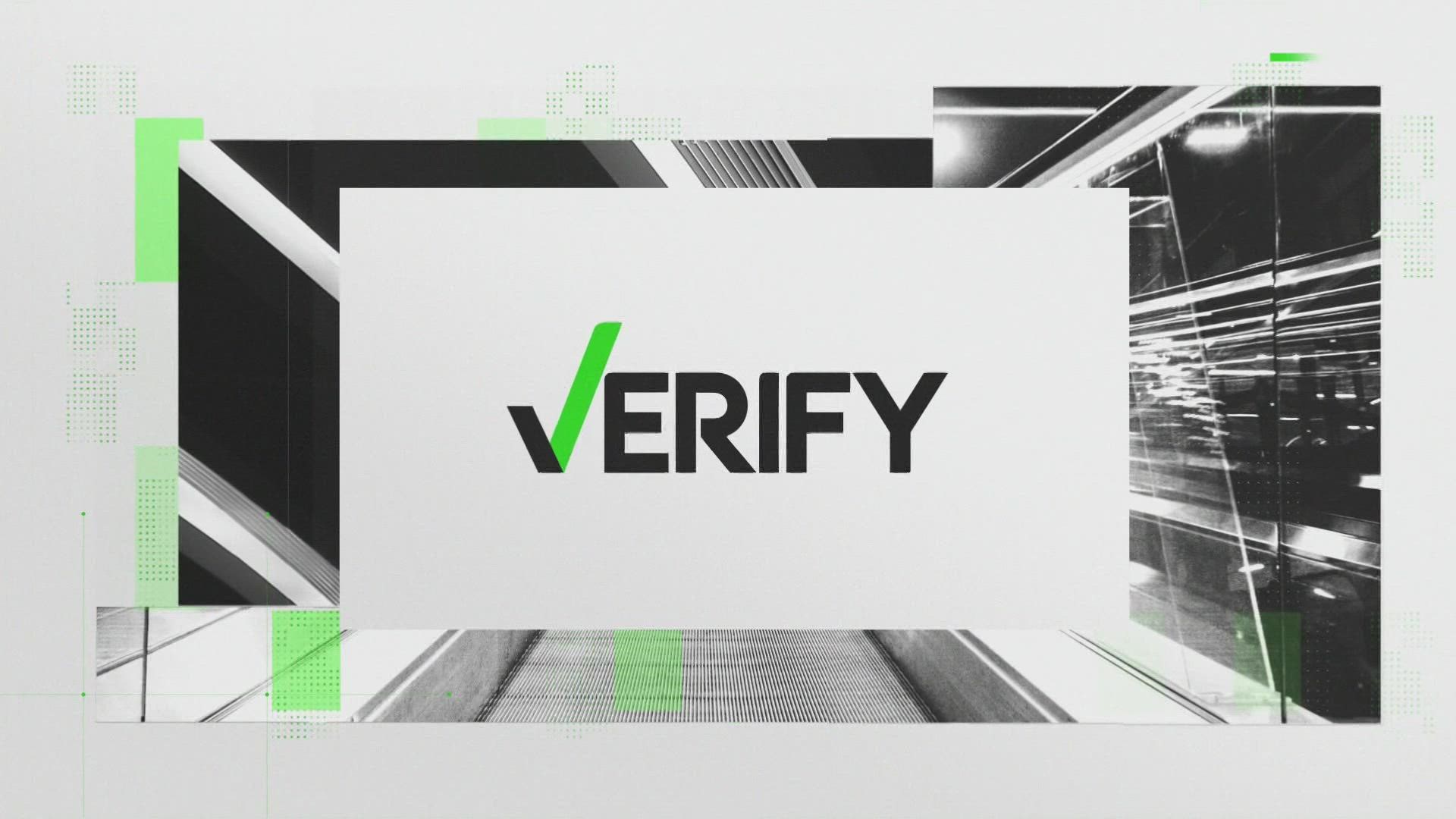 VERIFY: Have more animals been surrendered in 2021?