Is Purdue University really housing up to 10 freshmen in one dorm room? Well, yes and no

This video is from Purdue, and the room it shows does house up to 10 students in one space. But the university says it is not intended to be permanent. 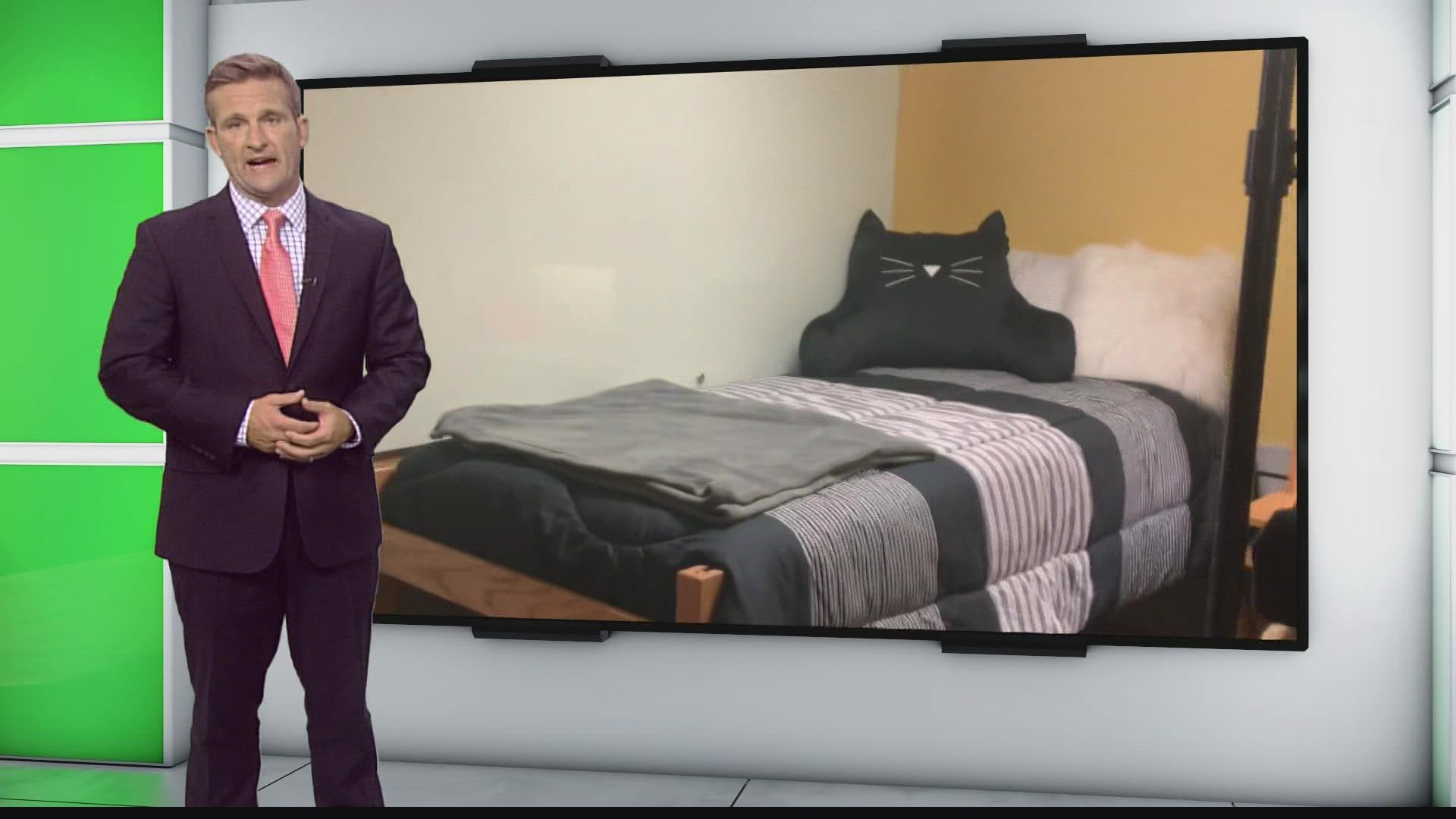 And this year, the university accepted more than 10,000 freshmen.

Now, there’s a video going viral on social media that shows about 10 beds in a single room.

Is the video really from Purdue?

And are they really putting 10 students in one room?

This particular video is from Purdue, and the room it shows does house up to 10 students in one space.

But the university says it is not intended to be permanent.

The young man who posted the video told 13News it's from Purdue and that he didn't take it, but he knows who did.

In an email, Doty said, "The room shown in the video is in Shreve Hall."

He said that room setup has been used for several years, but it’s not intended to be permanent.

“Students placed into this type of room ... typically are moved into permanent housing by early September,” Doty said.

It falls under Purdue's definition of limited term auxiliary housing. According to the university’s website, that kind of housing is a "temporary assignment that is used in the final days of the assignment process and is only for a short period of time."

Also on the university’s website, it says: "… when we have no shows and students who change their mind after arrival, students are moved from limited term spaces into a permanent space for the academic year."

Earlier this summer, 13News showed you what other more permanent living arrangements look like – including double rooms that have been converted to triples and three-bed dorms converted to four.