Human bones were first found at a construction site in May. Researchers believe them to be 2,000 to 3,000 years old. 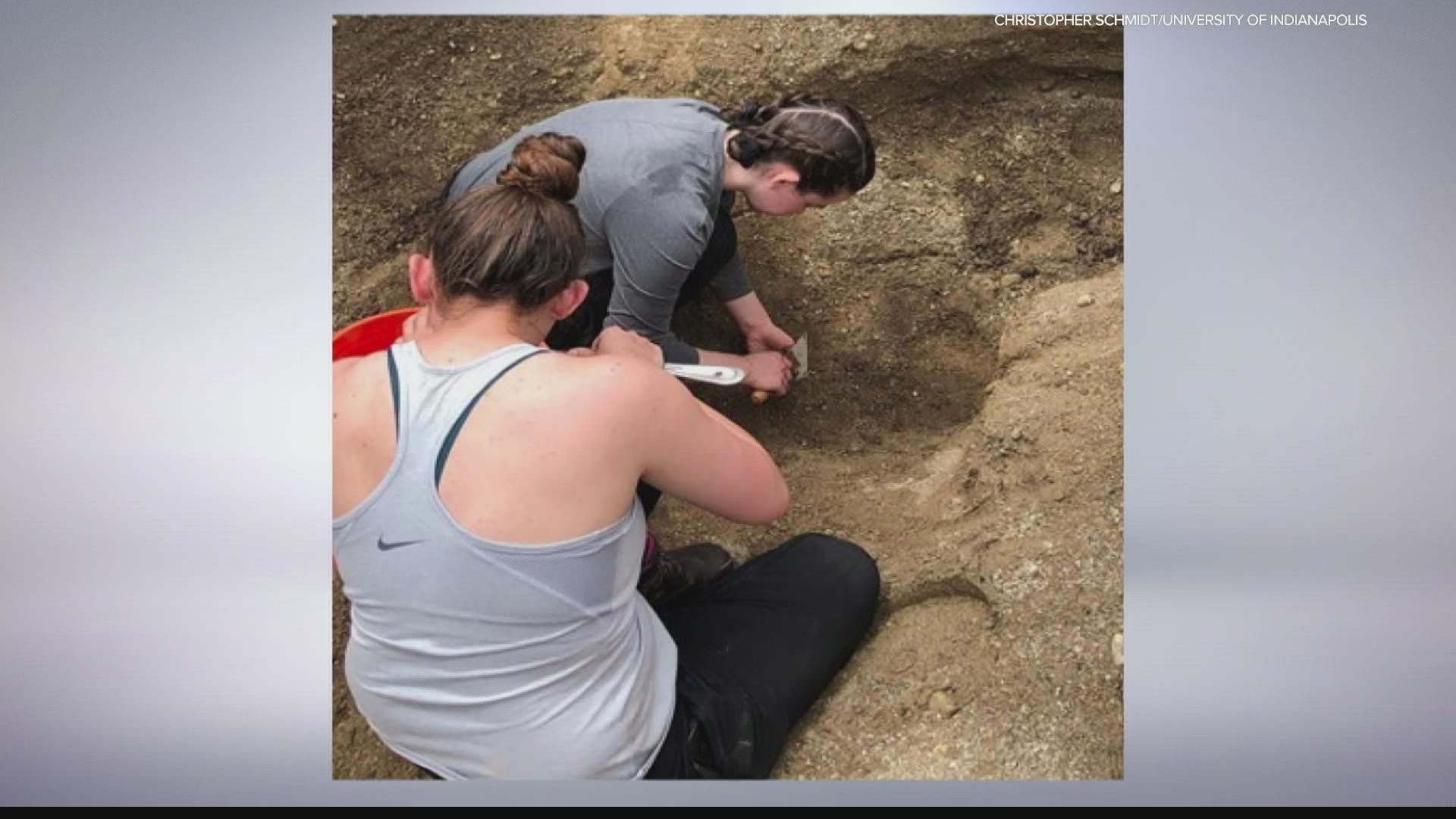 COLUMBUS, Ind. — More bones that are likely human have been found at a south-central Indiana construction site where crews previously unearthed human bones that are believed to be thousands of years old.

Construction workers first found human remains in May while digging at the site of a new Bartholomew County judicial building in Columbus. Archaeologists from the University of Indianapolis analyzed the bones, determining them to be between 2,000 and 3,000 years old.

City redevelopment director Heather Pope said the small amount of additional bones found there within the last month are believed to be human.

The bones that were initially found belong to an adult male, a preteen and an infant, according to the DNR. The bones are thought to be the bones of Native American people of the Adena culture, which existed in the Ohio River Valley as far back as 1000 B.C.

These human bones were found roughly six feet deep and mixed with animal bones. A different settlement was also found around two feet from the surface, consisting of glass, nails and other artifacts dating to the late 1800s or early 1900s.

Credit: University of Indianapolis
Christopher Schmidt, professor of anthropology at the University of Indianapolis, is part of a collaborative effort to recover the remains and prepare them for repatriation. The excavation took place only after consultation with indigenous American tribes. Professor Schmidt is working with tribal representatives, Indiana DNR/DHPA, the City of Columbus and construction teams including Dunlap Construction.

After archaeologists conclude their analysis, the remains will be turned over to Native American tribes for reburial, the DNR said.

The county building is still set to open in April 2022, but a monitor will be onsite to oversee further construction to ensure any additional human remains discovered are handled properly