Indianapolis women talk about gun violence, what it has cost them and those they love

Last year marked a record-breaking year of homicides for the city. This year, we've already surpassed those numbers. 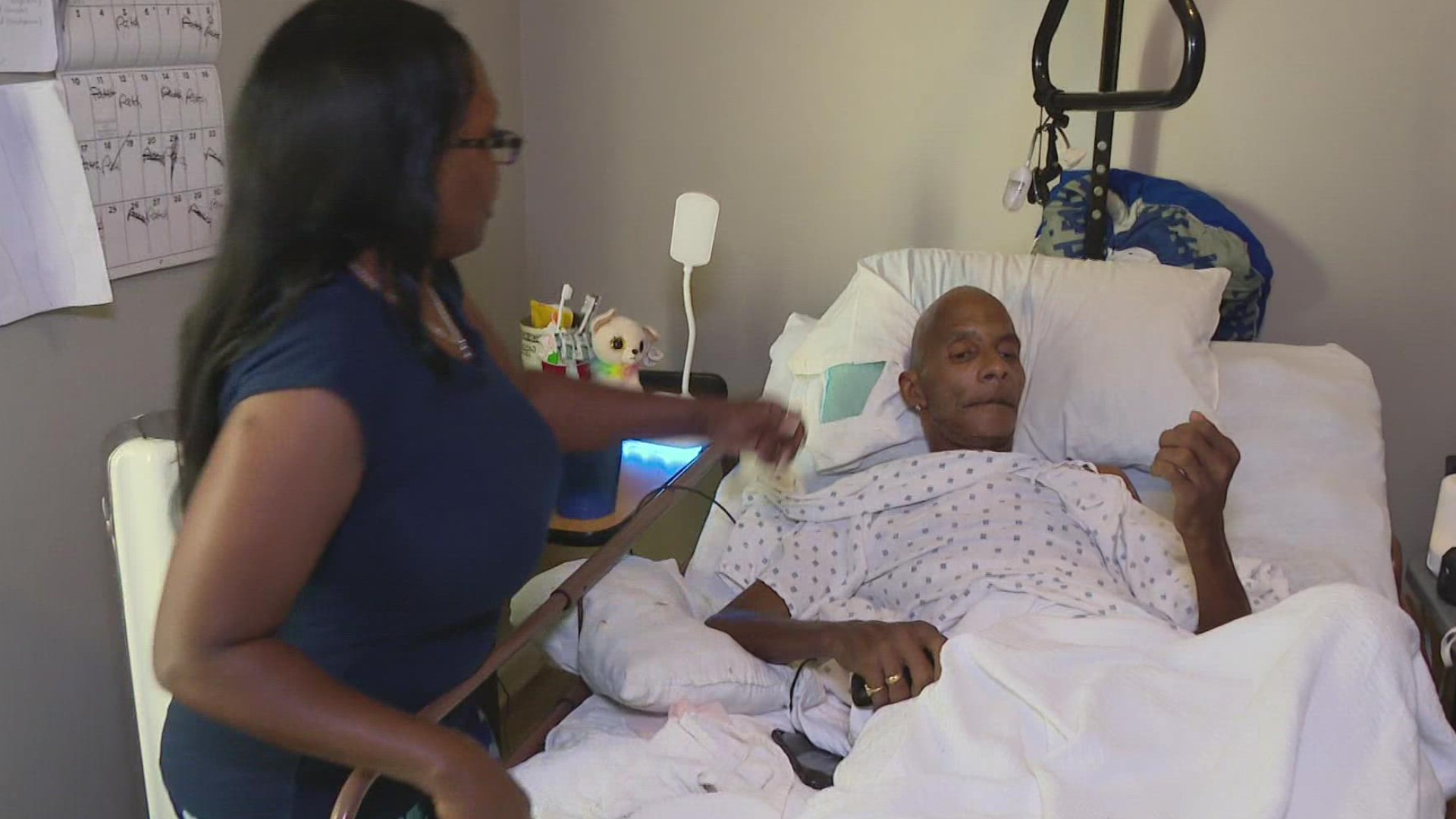 INDIANAPOLIS — Last year marked a record-breaking year of homicides in Indianapolis. This year, we've already surpassed those numbers with two months left in the year.

But this isn't just about statistics. These are real people living with real consequences. We talked with two of them, who have found themselves under the same roof.

“It’s a struggle every day,” said Stephanie Baker from her east Indianapolis home.

Baker has had to learn how to live one day at a time, ever since her husband, Donald, was shot nearly six years ago.

It happened at at a gas station where Donald stopped after work. At the time, hundreds were holding a vigil there for a 16-year-old who had been shot and killed the day before.

Baker said she thinks Donald had words with someone over the lack of parking.

“He was targeted for the fact that he wouldn’t move his car,” she said. “They waited until he got into his car and they shot him from behind.”

The shooter has never been caught, and Donald is now in hospice at home, where Baker cares for him every day.

“He means the world to me. He’s my best friend,” she said.

Every time Baker hears about another shooting in Indianapolis, she thinks about the day her husband was shot.

“I just want people to put the guns down,” Baker said.

Jones' 14-year-old son, Kei’Sean, died last March after being shot by a friend while they played video games.

Jones said caring for Donald is a small break from her mostly overwhelming grief.

“I cry myself to sleep. I cry every morning,” Jones said.

Now, this newly-grieving mother is here with Baker, sharing a bond over the human cost of gun violence, both of them caring for a man still paying the price.