The men were evacuated from Afghanistan as the Taliban seized control of the country because they had helped the U.S. Army. 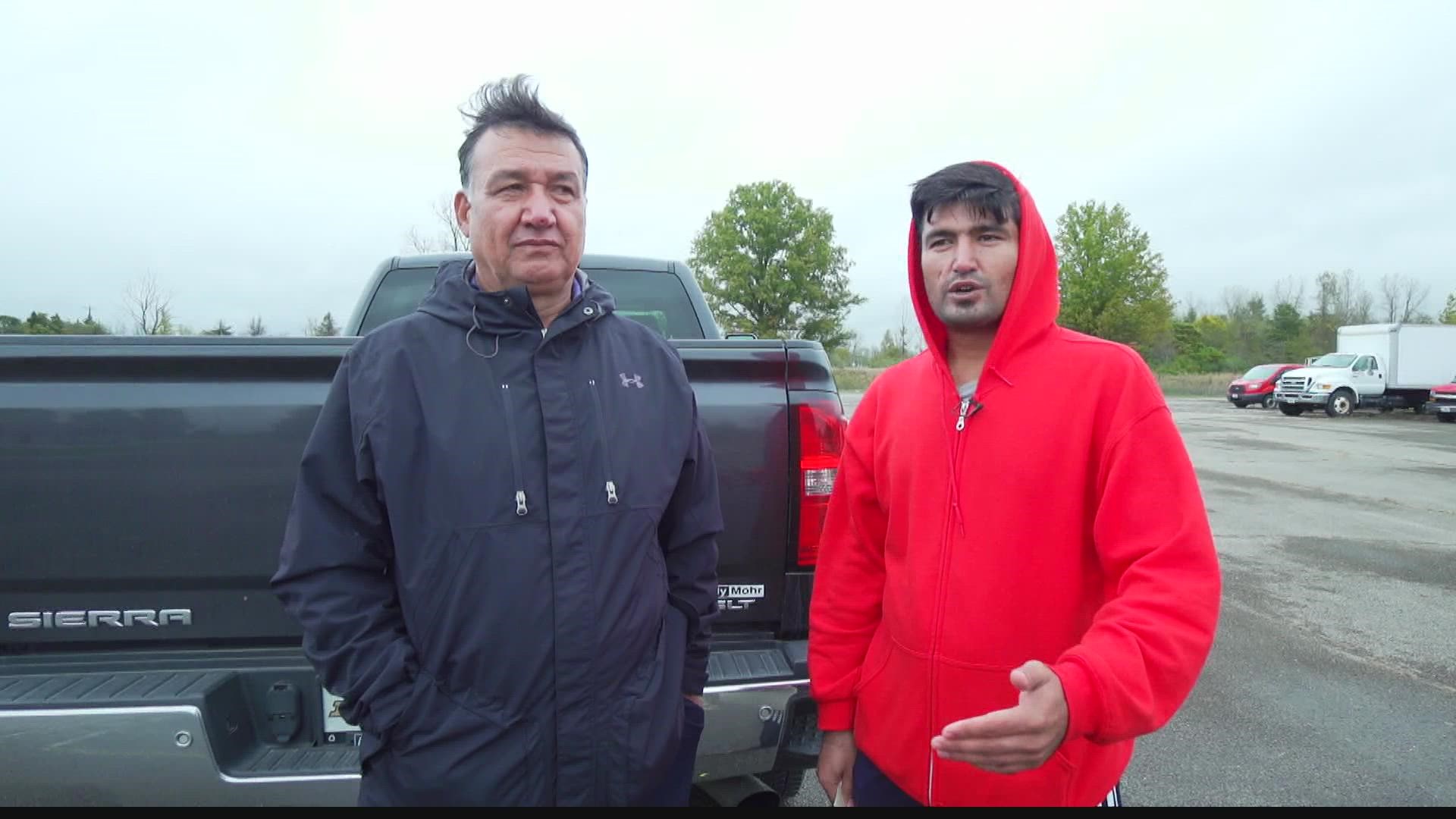 The men were reunited after fleeing Afghanistan and being sent to different places in the United States to live temporarily. They are now ready to make central Indiana their permanent home.

Neamatullah Rehmani and his father, Abdul, were evacuated from Afghanistan as the Taliban seized control of the country because they had helped the U.S. Army. But they both still have family in Afghanistan that they are trying to get out.

"Our plan is to get our family out of Afghanistan, as they are in a dangerous situation in Afghanistan. In the future, we are trying to have a good life in the USA," Neamatullah said.

"It's a victory for the family that we were able to step in the gap that existed and was able to reunite father and son so they could stay at the same place," said Gurinder Hohl, CEO of the Immigrant Welcome Center.

The younger Rehmani, who is an interpreter with the Army, has lined up an apartment in Indiana and his father will live with him. They were originally scheduled to be resettled in California.

The organization Exodus Refugee is helping the father and son get settled in central Indiana.