A customer said he was told his dog was neglected during a stay at Castleton's Best Friends Pet Hotel. 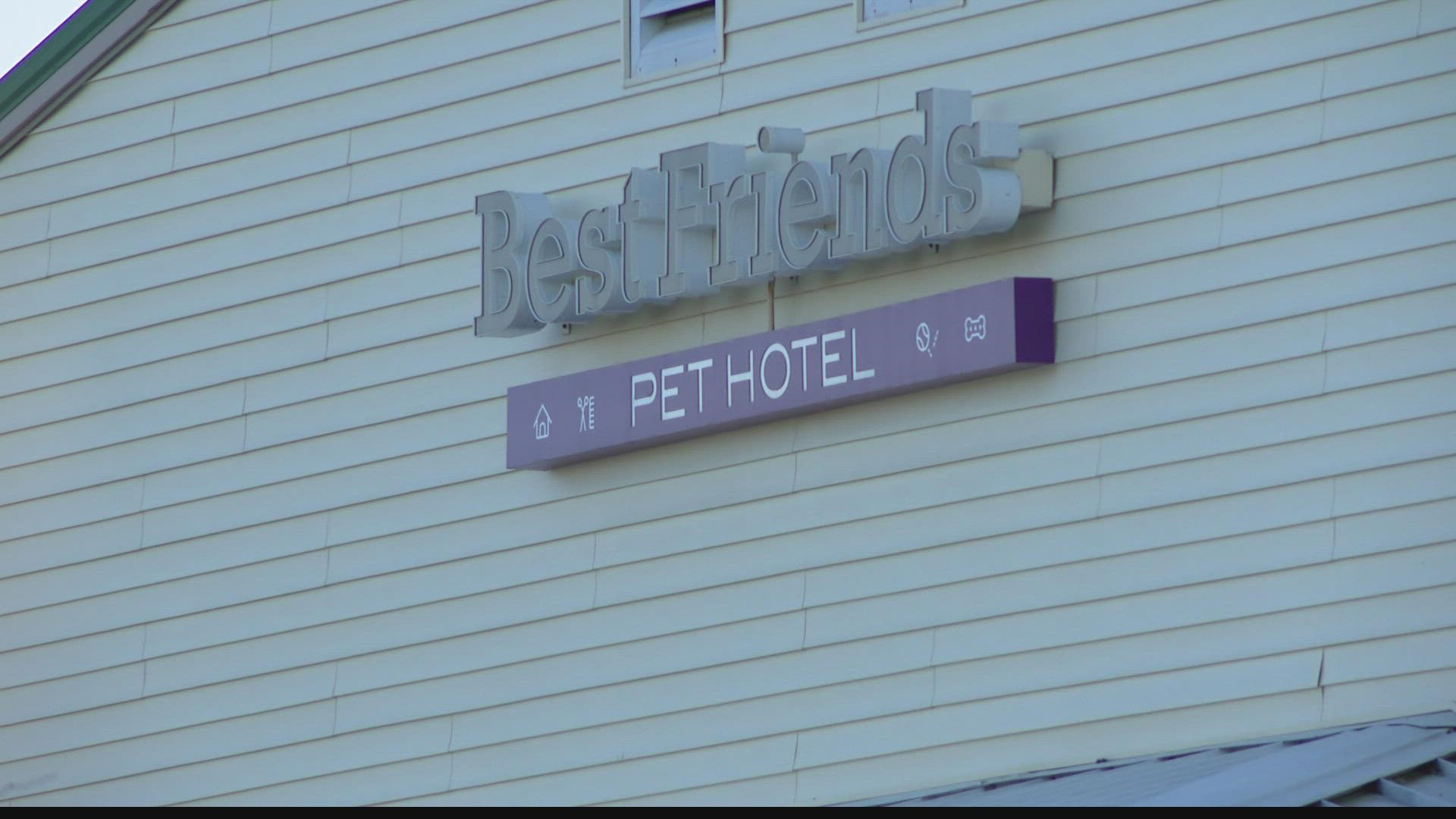 INDIANAPOLIS — It's every pet parent's nightmare — sending your dog or cat off to the kennel during a getaway and coming back to realize they've been neglected.

According to customers, that's what happened at an Indianapolis pet hotel.

"He's my best friend," Alex Pierce said of Maverick, a 6-year-old German shepherd, as he tossed the dog a stick in the yard of his Indianapolis home Monday.

Pierce said Maverick is part of the family.

"This guy is my buddy," he said. "We go everywhere together."

Except this past weekend, when Pierce and his family went out of town and left Maverick at Best Friends Pet Hotel in Castleton.

Four days later, when Pierce went to pick up Maverick Monday, he said he got a shocking update from another customer there.

Pierce said he looked at the two employees working, and they didn't seem to have a response.

"They were trying to hush the lady," Pierce said. "At that point, I was like, 'Where's my dog, can I get my dog? Please, and get his food.'"

Pierce said he knew something was wrong the second he laid eyes on Maverick.

"My dog is a 100-plus-pound German shepherd who lost 10 percent of his body weight in four days," Pierce said.

Pierce took Maverick to a veterinarian right away, where the dog had to have fluids through an IV because of dehydration.

Indianapolis Animal Care Services is looking into what happened at the facility to pets like Maverick after IMPD contacted them Saturday. A pet owner had called police to report no one was at the hotel when they went to pick up their pet.

IACS said they got inside the building after contacting someone with the company and staff was brought in to start caring for the animals who were left.

IACS called it an ongoing investigation — one where they hope to figure out how long animals staying at the pet hotel were left alone and without care. They want to hear from other customers who had pets staying at the hotel this weekend. They can be contacted through the Mayor's Action Center.

According to company's website, the hotels are run by full-time employees who are also owners. The website says employees don't stay with the animals overnight, but are there in the morning and during the day to feed, walk and care for pets

Their motto on the company's homepage is "Pet care is personal."

"I think the thing that made me the most upset was I had to find out from somebody else. They couldn't even call me to let me know something was happening. That's just bad business practice," Pierce said.