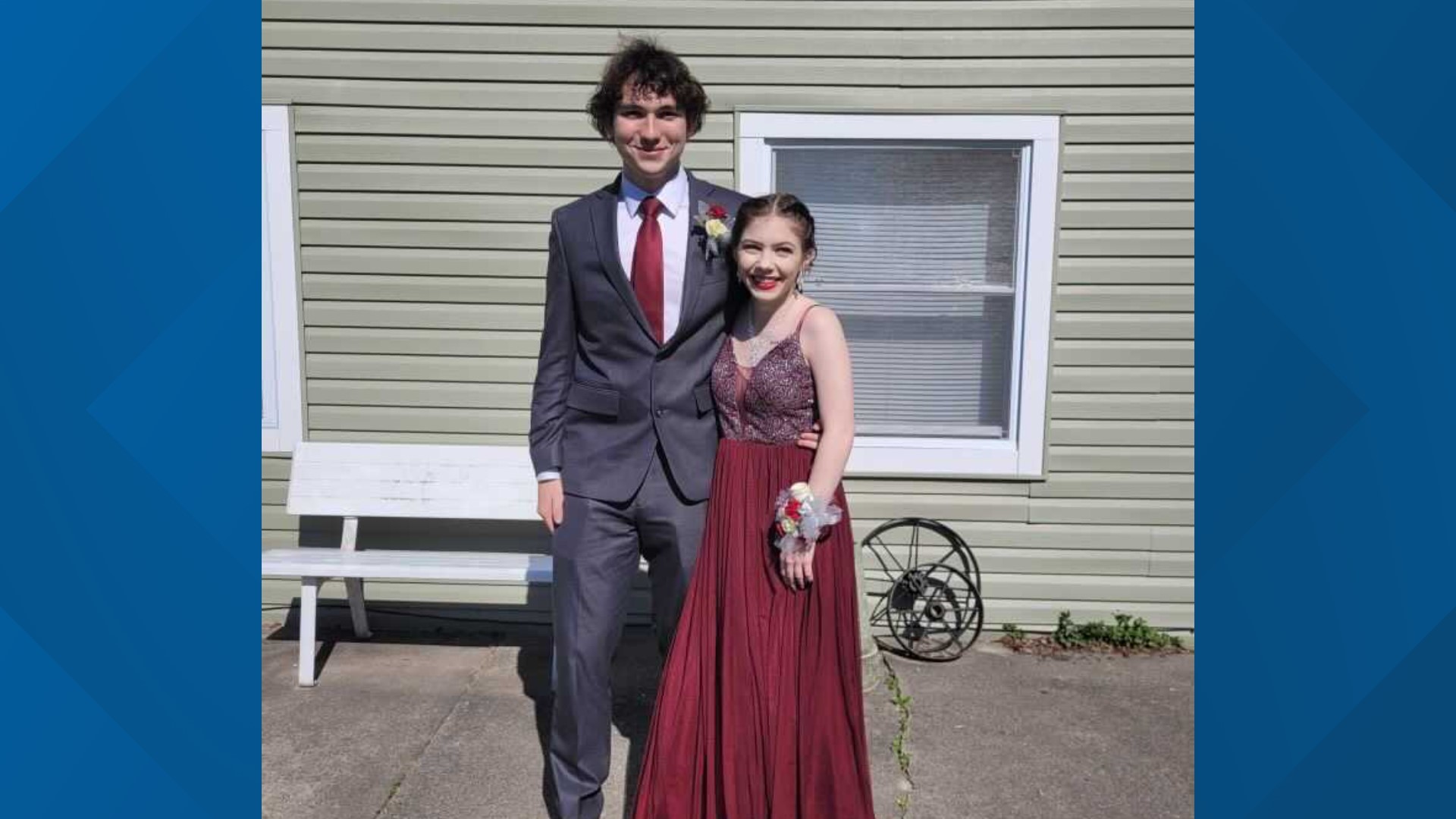 ARCADIA, Ind. — The mother of one of two teens who died in a crash while they were on their way to prom Saturday has created a Facebook fundraiser to help pay for funeral and burial expenses.

Another fundraiser was launched on GoFundMe to help Kalen's family and to purchase remembrance items and other things her family could use to keep her in mind.

RELATED: Two high school students die in crash on their way to prom

"My 18-year-old daughter, along with her boyfriend, were killed in an automobile accident on her way to prom," the fundraiser organized by Jody Conaway says.

In one day, the Facebook fundraiser has surpassed its $15,000 goal. By 7 p.m. Sunday 251 friends, family and community members had donated to the fundraiser.

The crash happened around 5:15 p.m. Saturday. Hamilton Heights School Corporation was scheduled to have prom on Saturday night. But just before 7 p.m. the school canceled prom after receiving news that two high school students, Lendon Byram and Kalen Hart, had died and two other students were injured in a crash on their way to the event.

Hamilton Heights senior Kalen Hart was riding in the front passenger seat and her date, Cathedral High School junior Lendon Byram was driving when the car was t-boned at the intersection of 281st Street and Lacy Road.

Both Hart and Byram died in the crash. Two other passengers were taken to a local hospital with non-life-threatening injuries. The driver of the other vehicle declined medical assistance.

RELATED: Community mourns the loss of two students who died in crash on their way to prom

It is with great sadness and a heavy heart we share the passing of Lendon Byram '22. Cathedral will have counselors and members of our faith-based community on our athletic/football practice field Sunday at 1 p.m. to gather, grieve, and pray. Rest in peace, Lendon. pic.twitter.com/UcwbAR5UDh

A vigil was held for Kalen late Sunday afternoon. During the vigil, a pastor said a prayer and people hugged as they mourned Kalen's death.