Derrell Brown was found shot outside his apartment on the east side Jan. 25. 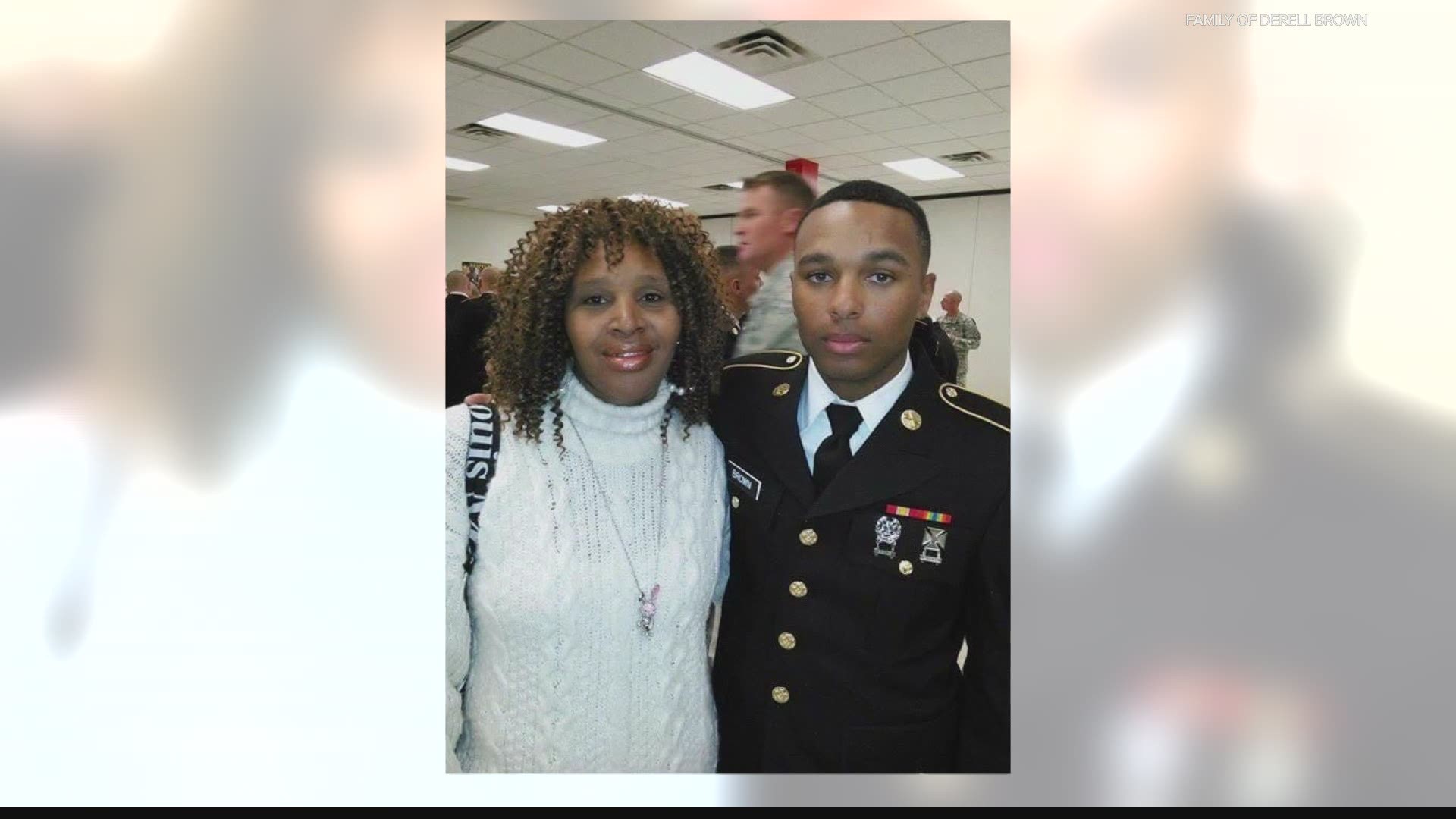 INDIANAPOLIS — The family of a young father killed outside his east Indianapolis home is turning to the public for help.

Denise Bonds is the mother of Derrell Brown. She and other loved ones hope someone will help bring his killer to justice.

The deadly shooting happened Jan. 25 at Stonebrook Commons Apartments. The family is hoping for justice, especially for the victim's 1-year-old daughter. Monday, Bonds shared video of Brown and his daughter at the park last summer.

Metro police found Brown shot outside his apartment on Redskin Place around 2 a.m. on Jan. 25. A week later, his mother wants help.

"It's never going to ease the pain. But to know the person who did this is not walking on the street and going to cause this to someone else," Bonds said.

RELATED: Man dies after shooting on Indy's far east side

Bonds and her son talked every day and, in some cases, used FaceTime to communicate with each other. He played football at Lawrence North High School, where he graduated and then joined the military. Brown's death has also devastated his siblings.

"With all the violence going on in Indianapolis and when it hit home, it hit home hard, and now we feel that pain," Brown's brother, Darnell, said.

Brown's sister, Shanise Allen, said planning family get-togethers in the future will be extremely hard knowing that her brother will not be able to participate.

"It's a nightmare," said Allen. "You wake up crying and go to sleep crying. The anguish is painful."

Demarcus Brown and Derrell competed all the time while playing video games. While Demarcus had better skills playing 2K, his brother Derrell was good at playing Madden. Derrell usually won their video game battles, but Demarcus managed to get some wins in.

"We played games a lot and had tournaments. He was like a normal brother to me. We just like to have fun," Demarcus Brown said.

Derrell Brown became the 22nd person murdered in Indy in 2021. The 25-year-old had just bought a used car and asked his mother to take him to pick it up. She also accompanied him to the grocery store to stock up on food the week before his murder. Bonds told 13News she never expected to lose her son to gun violence and it's a pain his mother not only can't describe in words, she hopes no other mother has to experience the same pain.

"You can't put it into words. You can never imagine this hurt, emptiness, this sickness, you can't," she said. "Whoever did this will get caught."

Anyone with information about what happened on Jan. 25 at Stonybrook Commons can anonymously call Crime Stoppers at 317-262-TIPS. If your tip leads to an arrest you will receive up to $1,000 in reward money. All calls to the tip line are completely confidential.