The Speedway Animal Rescue started 15 years ago at the kitchen table by a woman passionate about saving animals. 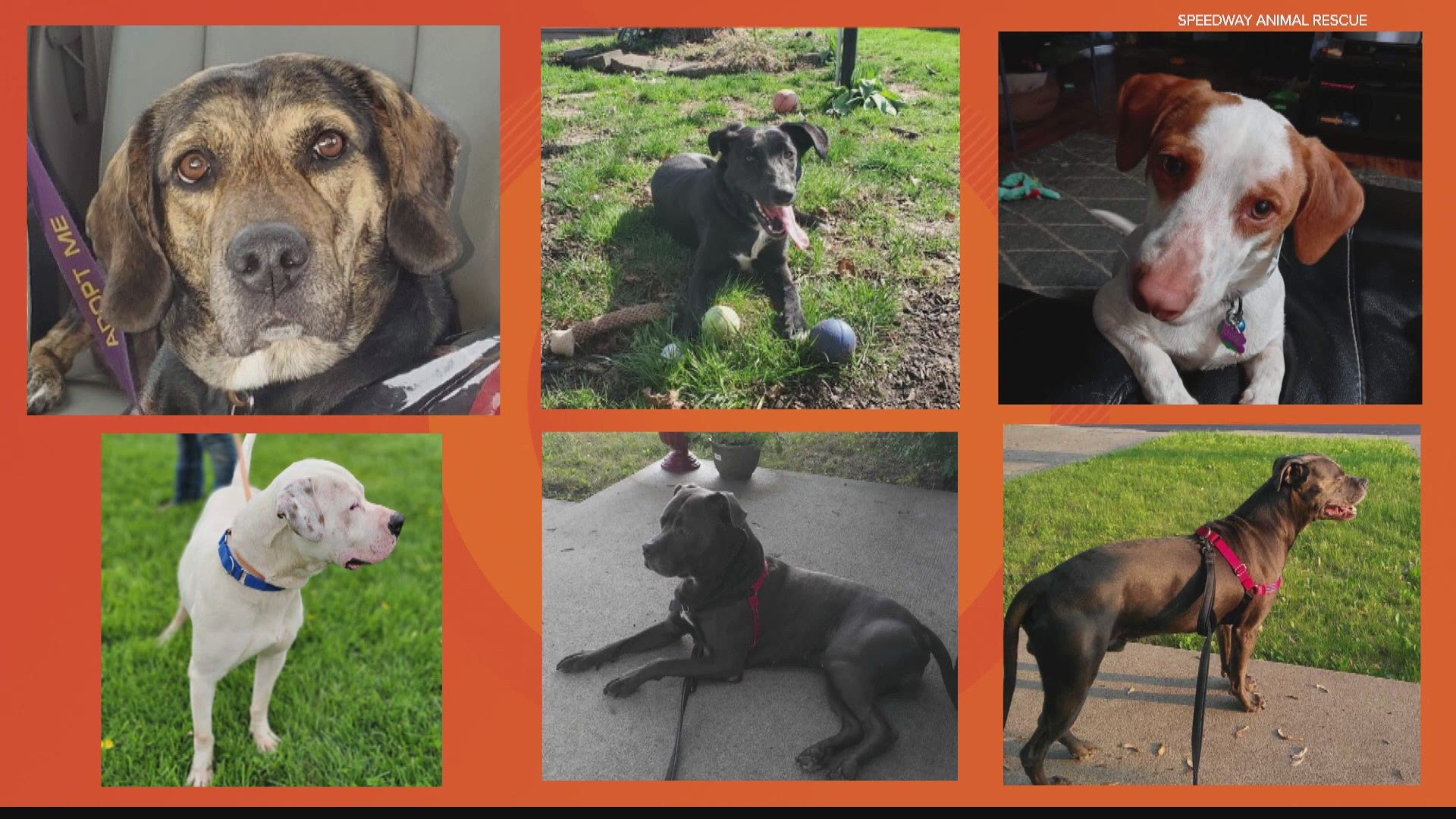 SPEEDWAY, Ind. — Now that it is May, 13News is taking 13 to the Rescue to the town of Speedway.

13Sunrise is highlighting the Speedway Animal Rescue, which started 15 years ago at the kitchen table by a woman passionate about saving animals.

Aldo Andretti is one of about 15 dogs being fostered by a Speedway Animal Rescue volunteer.

He has a chance at a forever home because of the dedication of Joan Brown, the founder of the Speedway Animal Rescue.

"Well, a friend of mine who used to run a recording facility here in Speedway knew about my passion. And one day he literally showed up on my front doorstep and knocked on my door," Brown said. "He had a cell phone, that he had actually purchased, business cards, with my name Speedway Animal Rescue on it with the same phone number that I had to this day. And he said, 'You were meant to do this. Go — go follow your dream and your passion.'"

In 15 years, only five animals didn't find a home.

"Yes, so I really pride myself on that, because it's traumatizing enough to have to go and sit in a shelter," Brown said.

Anna Weber, who volunteers as the treasurer, knows Brown would take in more animals but the rescue group just don't have the money. She said last year they had several difficult, expensive cases.

13 to the Rescue: Speedway Animal Rescue

"2020 hit us so hard like everyone else. So, to give you an idea, in 2019, we spent $188 for each animal that we brought in on average. That includes vetting, spay, neuter, microchip, vaccines, any minor medical issues that might come up  — eye infections ear infections. (In) 2020, we saw just an incredible number of really serious medical cases," Weber said. "So, we spent an average of $450 per animal that we brought in and 2020."

The Speedway Animal Rescue had two amputations, two shattered pelvises, six dogs with parvo, three heartworm-positive dogs, and one dog that had 80 percent of his body covered and chemical burns.

And Weber said that's just what she recalled off the top of her head. They actually had more cases than that.

"Unfortunately, until we get that number down, we really have to pause how many animals were able to pick them, and that not only hurts Speedway in general, but that hurts other rescues because we're putting the burden on other rescues to step up, resources are limited for everyone," Weber said. "And unfortunately, if we can't find someone to step up. These are animals that are really high risk for euthanasia."

But Weber knows the work they are doing is helping the town of Speedway.

"Before Speedway Animal Rescue existed, we had a really bad stray animal population," Weber said. "We've done a lot to make Speedway a safer community, to cut down on those populations to stop spread of disease. It really is holistic within the entire community."

The Speedway Animal Rescue does not have an actual building. They rely only on foster families that take animals into their homes. Those volunteers train and socialize the animals to make them ideal family pets.

Brown said they could always use more volunteers to foster.

To learn more about Speedway Animal Rescue and check out the animals they have available for adoption, click here.