The owners never came back to claim the animals, so now they’re under the care of the Humane Society of Boone County. 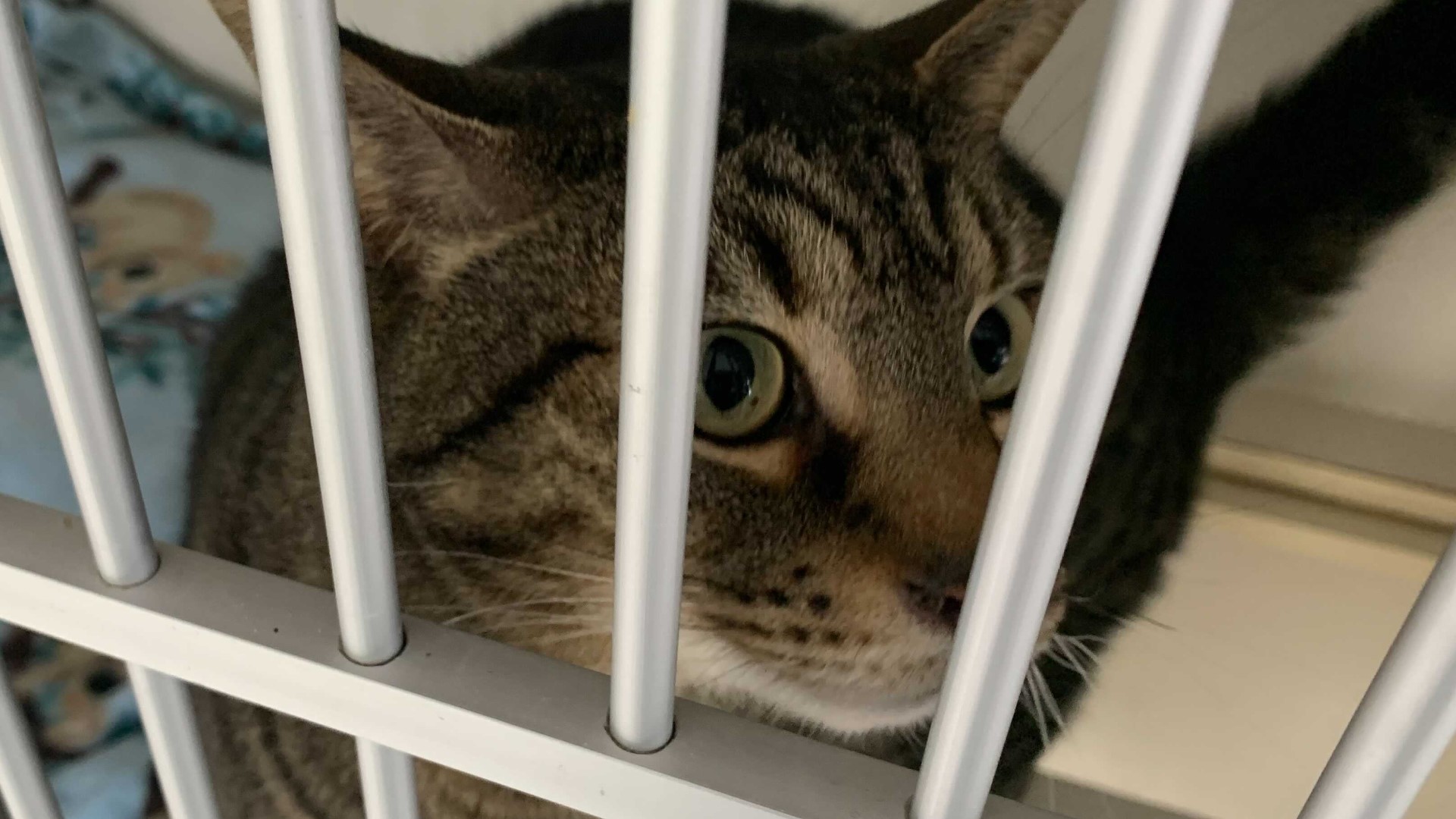 LEBANON, Ind. — A small calico cat with a bit of uneven fur that will grow out in time was lovingly named Harmony by the Humane Society for Boone County. In many ways, she’s a hero among her 13 other cat and dog brothers and sisters.

“She was up in one of the windows (of a Lebanon residence) and just pawing and saying 'take a look at me, I’m here. Somebody pay attention to me,’” said Susan Austin, Executive Director of the Human Society for Boone County.

Austin said neighbors did notice, and they called authorities.

Two tenants had “vacated the property leaving behind multiple animals,” according to a statement released by the Boone County Sheriff’s Office.

“On April 7, 2021, a search warrant was secured,” and what they found inside can only be described as appalling living conditions.

“That’s when they found seven dogs and seven cats had been abandoned in the house…food was limited and there was feces all over the house,” said Austin.

The Boone County Sheriff’s Office reported, “There was no clean surface for the animals to be on and nearly all of them were significantly underweight or showing signs of illness.”

Austin said the seven cats all had upper respiratory problems and goopy eyes. "You could see some ribs" on some of the dogs because, according to Austin, "they had been without meals for too long.”

The owners never came back to claim the animals, so now they’re under the care of the Humane Society of Boone County. All the animals have been given names by the shelter because none of their names were known. They’re all getting their shots, and being spayed and neutered and brought back to health.

Credit: Boone County Sheriff's Office
Fourteen animals were removed from a Boone County home after neighbors reported the residents had abandoned them in poor conditions.

“One of them has already been adopted just this week,” said Austin. She said neglecting animals hasn’t been a major issue in Boone County as it has been in other areas. The Humane Society for Boone County has been providing free food and tries to offer spay and neutering support to those who qualify.

Austin said the shelter doesn’t receive funding from taxes and relies on donations. During the height of the pandemic, the food assistance was drive-through so that both volunteers and residents could be socially distanced.

Austin said it appears the animals are potty trained, and interact well with other breeds.

“Someone started out loving them, let’s not get that wrong," she said. "Someone loved them enough to adopt them, and brought them into their home. They just didn’t know how to care for them, and it became overwhelming,” said Austin.

And now, Harmony and her brothers and sisters are looking for their fur-ever home.