He might not be returning to SNL, but Manning is open to branching out, including cohosting a new NBC game show with his brother Cooper. 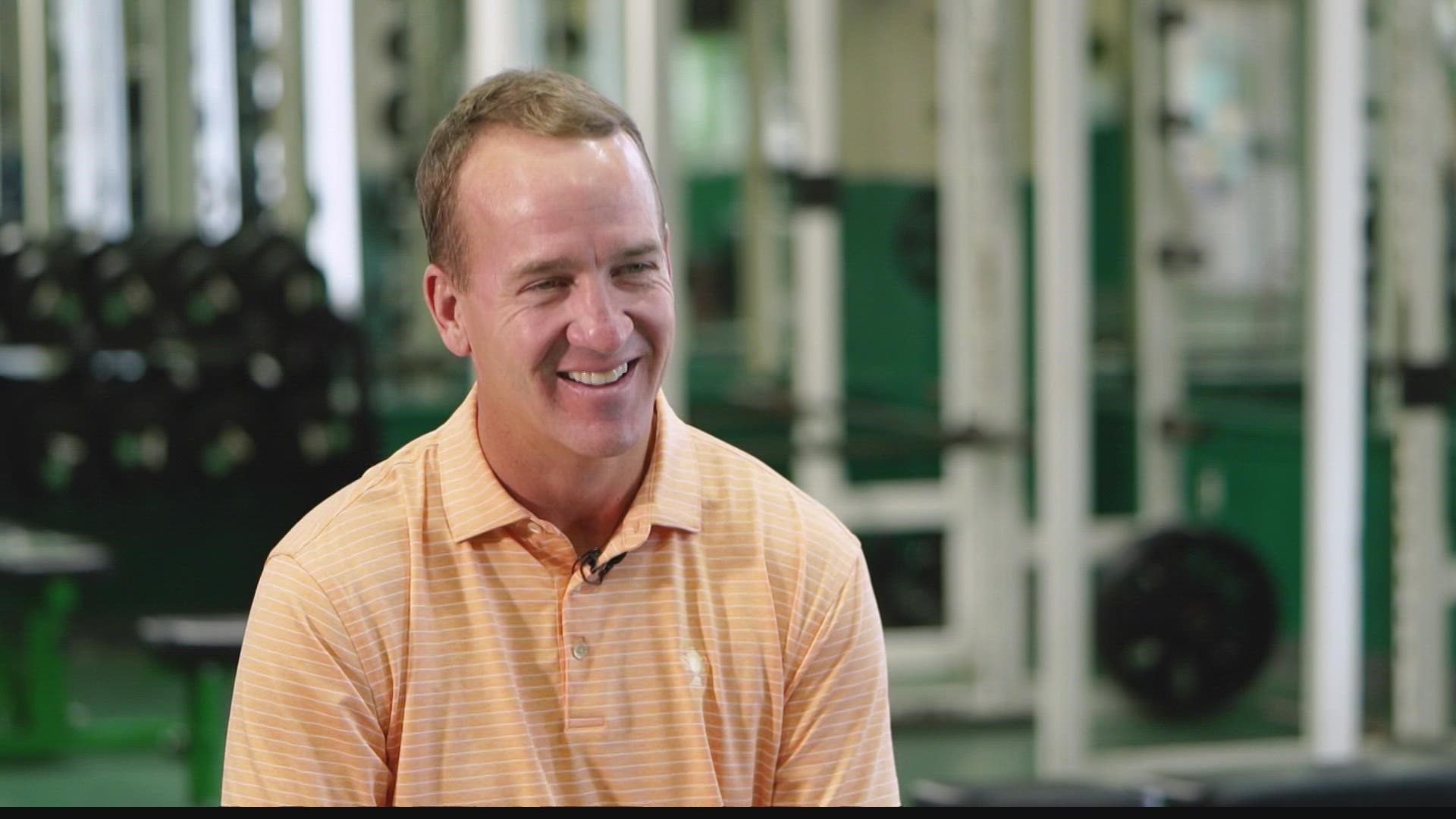 NEW ORLEANS — 13News Sports Director Dave Calabro secured an exclusive interview with Peyton Manning. The former Colts quarterback will be inducted into the Pro Football Hall of Fame Sunday. This is the third of a three part series of interviews. In Part I, Peyton tours his high school with Dave and talks about the start of his athletic career. In Part II, Peyton revisits his career with the Indianapolis Colts. Calabro also shared his memories of covering Peyton in a special column.

The passage of time since Peyton played for the Colts is apparent the minute you look at the video archives.

"Yeah, Marshall and I were watching the video of me and in the locker room it was when Marvin getting honored in Indy," Peyton told me. "Rich Nye is interviewing me and Marshall is trying to bite the microphone. I remember that. It seems like it was yesterday.

The Manning twins were born on March 31, 2011. It was a high point of what was a very turbulent year for Peyton. He would end up missing the entire 2011 season because of a neck injury.

"It's fun, I think, about the year they were born and my injuries," Peyton said. "Boy, it was the ultimate blessing in disguise they came into my life at the time I needed them the most. It was a real blessing for me and Ashley and they have given us a lot of joy."

"Are you a push over dad?" I asked. "Who is the boss in the house? See, my wife doesn't mess around, then they come to me and you know..."

"Ashley, probably still her," Peyton answered. "Seems like they do kinda ask me—after they have been told 'no' by her—they still have the follow-up question to me."

In addition to fatherhood, Peyton is now branching out, including hosting a new game show on NBC called “College Bowl.” Peyton hosts the show with his older brother, Cooper.

"We filmed it in February and did it in one week," Peyton said. "Cooper and I had not spent six days together since we were here in high school at Newman. I never thought I would be a game show host."

"That's not on the list you would do?" I replied.

"I'm not sure I was very good at it," Peyton explained. "I had an hour pronunciation meeting before every game, and I was like 'I don't know how to pronounce that. Here's how I want it spelled phonetically in the monitor.'"

"That's exactly right!" Peyton said, referencing his regular appearances on WTHR while he was with the Colts.

"College Bowl" is obviously not Peyton's first time on TV. His prowess as a commercial star is well documented.

"Let's talk quickly about TV commercials," I said. "What's your favorite? You have done a bunch of them."

"If I had to pick one, because it was short and quick—everybody loves those, keep it moving—we did one ESPN SportsCenter commercial with me, Eli, Cooper, and my mom and dad," Peyton answered.

"It was just fun," Peyton recalled. "Someone gave me a hard time and said that I was kicking Eli kind of hard. I'm like, 'he weighs 230 pounds, I think he is IK.'"

"Eli says, 'No, I can do it better. I can really get in there this time.' I come out of that commercial with an ear infection," Peyton joked. "Maybe not my favorite commercial but definitely one of the more enjoyable ones."

The commercial wasn't Peyton's only foray into comedy. Fresh off a Super Bowl victory in 2007, Manning hosted "Saturday Night Live."

"Saturday Night Live, because of playing football, presented me the opportunity for me to be able to do that once in a lifetime opportunity," Peyton told me. "I just went for it. Kind of like anything I sign up for, I'm gonna go, I'm gonna do it."

Peyton complimented the SNL cast and crew. The episode was a smash hit but the pressure of reaching the same highs has Peyton hesitant to return.

"I have been asked to do it again," Peyton admitted. "But the sequel is never as good as the first, so I got out while we're ahead."

So if he's not going to be the next SNL cast member, what will Peyton do next?

"Do you have interest in owning a team or politics?" I asked him.

"I keep looking for the $3 billion that it costs to buy an NFL team. I don't know where it is," Peyton joked. "Is it in a separate account? I don't have it. I can't find it."

"Wait a minute, you made some money off of 'Omaha!'" I suggested.

"I haven't said no to anything," Peyton said. "If an opportunity came about and it seems it would be fun being a part of a team is always going to be attractive to me."

"It's all the things I loved about playing, the teamwork, the competition, the working together to try to accomplish a common goal," he continued. "If and when something happens, yeah, possibly. I will always be a part of the game in some fashion or another as an ambassador and that's important to me." 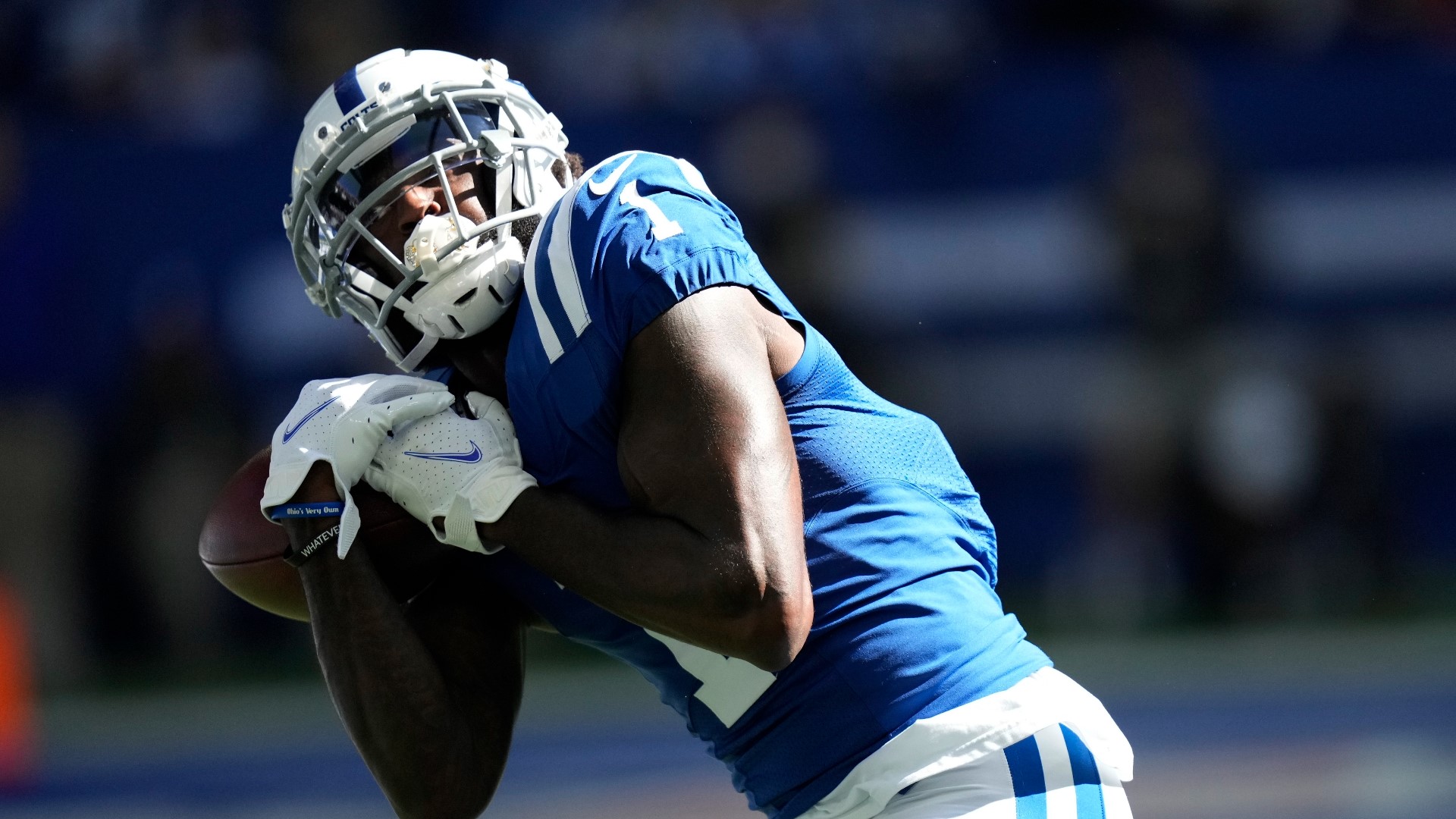