Reich was adamant that the team was doing everything it could to help Hilton heal. 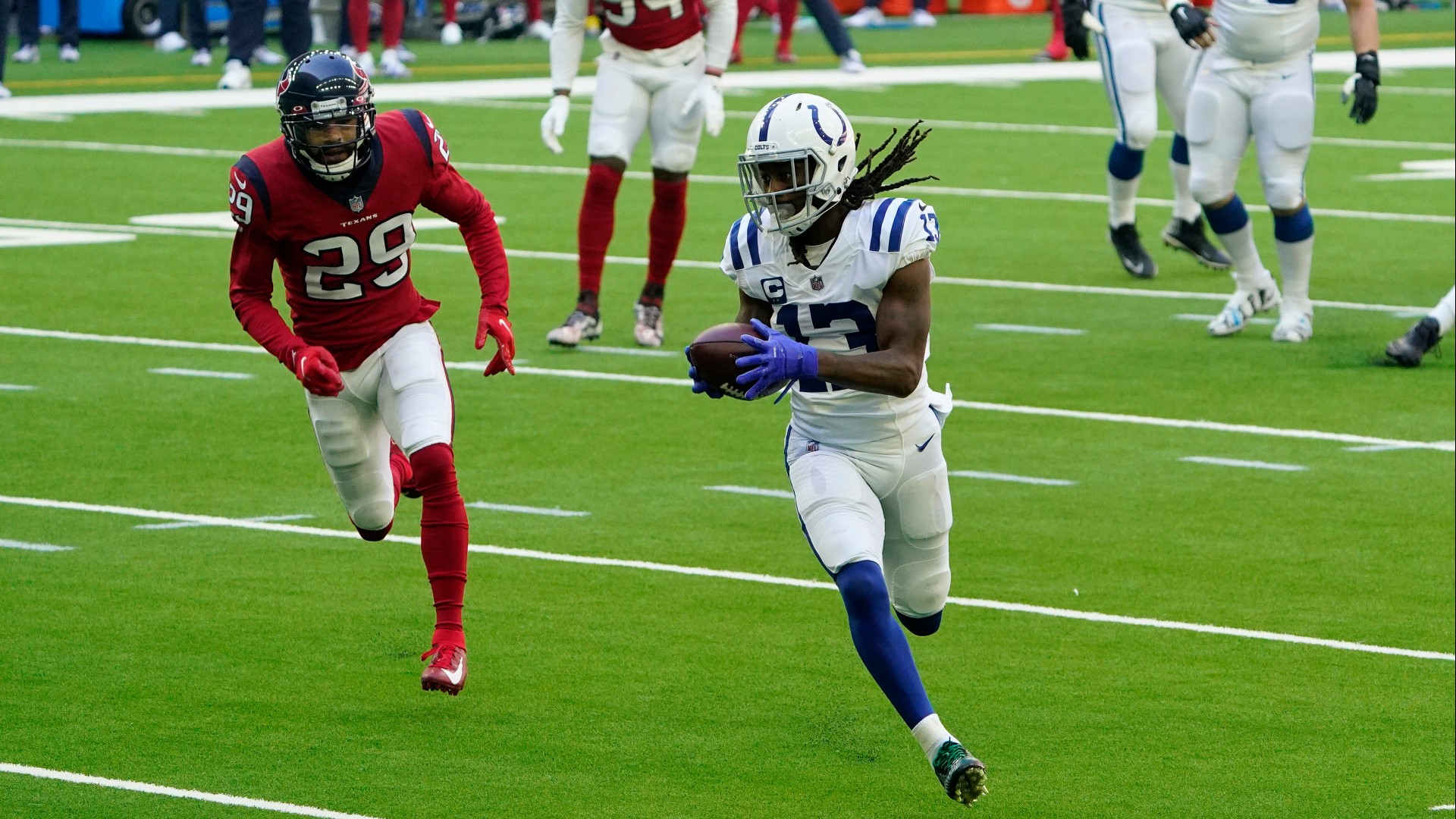 INDIANAPOLIS — The Indianapolis Colts will open this season without receiver T.Y. Hilton or third-string quarterback Sam Ehlinger because of injuries.

Coach Frank Reich says Hilton, a four-time Pro Bowler, will be out indefinitely with a disk injury in his neck or back.

He aggravated the injury during Wednesday's final training camp practice when he caught a ball and took a big hit. The trainers checked Hilton out, and he was able to get up on his own and return to practice. The team said the play aggravated an existing injury.

Reich was adamant that the team was doing everything it could to help Hilton heal.

"We’ve got all the right people on it, and we’ll just continue to meet with the doctors, work with their cue and move forward accordingly," Reich said.

Reich also provided an update on Ehlinger's injury. Ehlinger suffered a sprained knee in the first half of Friday's preseason finale.

For the team and Ehlinger, the sprain was a relief because it wouldn't force Ehlinger to end his season before it really began.

Reich also says starting quarterback Carson Wentz and All-Pro guard Quenton Nelson are expected to have no limitations at practice this week. Both had foot surgery earlier this month.