Hoosiers got their basketball fix on Saturday with the Final Four at Lucas Oil Stadium and high school boys basketball state finals at Bankers Life Fieldhouse. 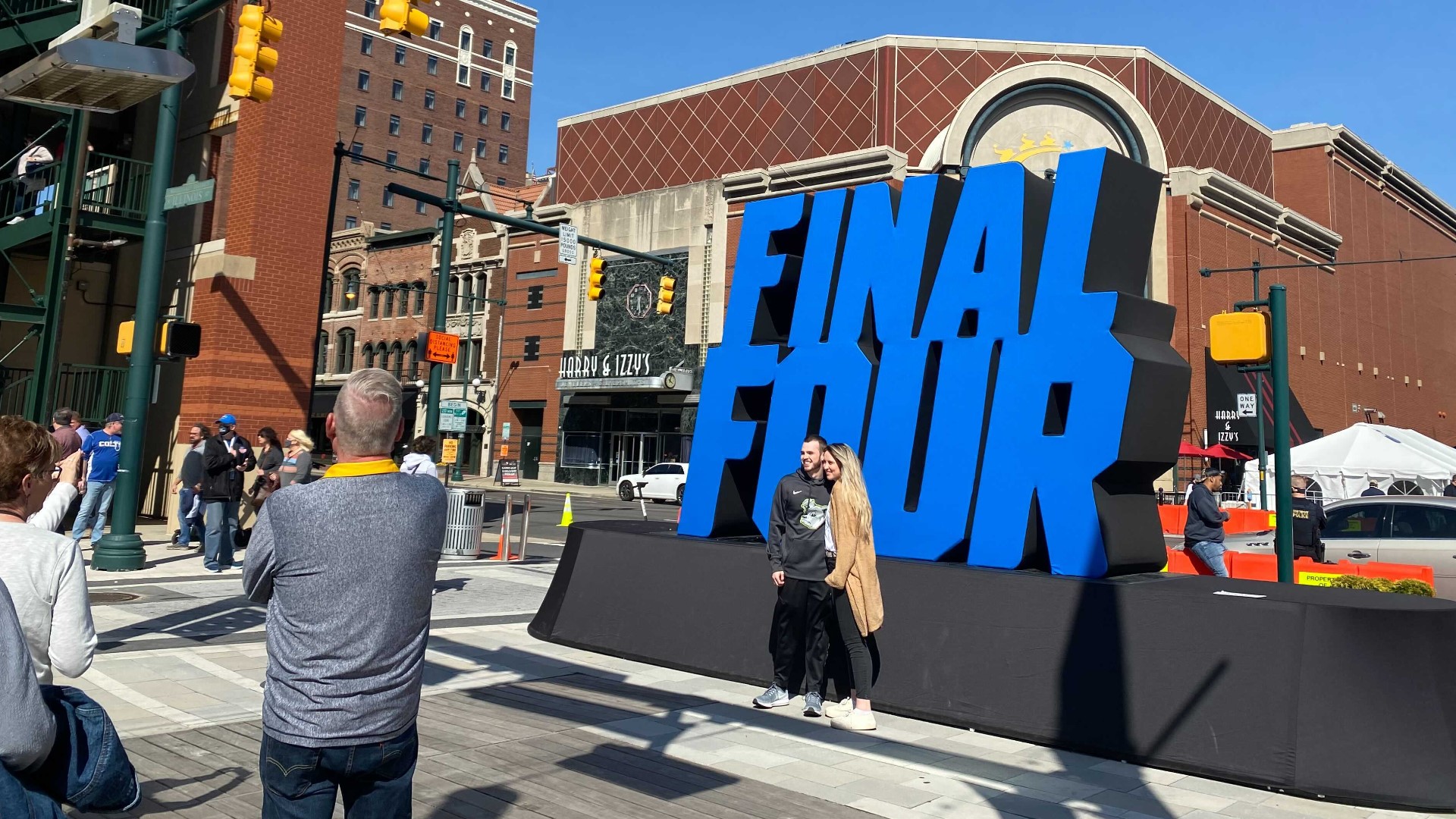 INDIANAPOLIS — On Saturday, downtown Indianapolis welcomed thousands of fans from around the country to celebrate the Final Four of the NCAA Tournament.

Both games were played at Lucas Oil Stadium. Fans also gathered along Georgia Street to enjoy music and events.

“We have missed a few years in between, but we go every year, no matter where it is and who’s in it. It’s our fifth time in Indy and one of our favorite places to watch the Final Four,” said Cyndi Gnatkowski. “There are other cities we go to, and it’s so spread out. You have to drive or take a bus everywhere. Here, we park one place, and Indy does such a fabulous job.”

Bankers Life Fieldhouse also hosted the IHSAA basketball state finals on Saturday. For some, it was their first time downtown since the start of the COVID-19 pandemic.

Bars and restaurants were busy Saturday with many booked up for the night.

The JW Marriott GM said Friday that the weekend was “exceeding expectations. We’re close to selling out.” Standard rooms are selling for just over $300 per night.

RELATED: Indianapolis is ready to host the Final Four