Third graders across the state competed in their own March Madness. 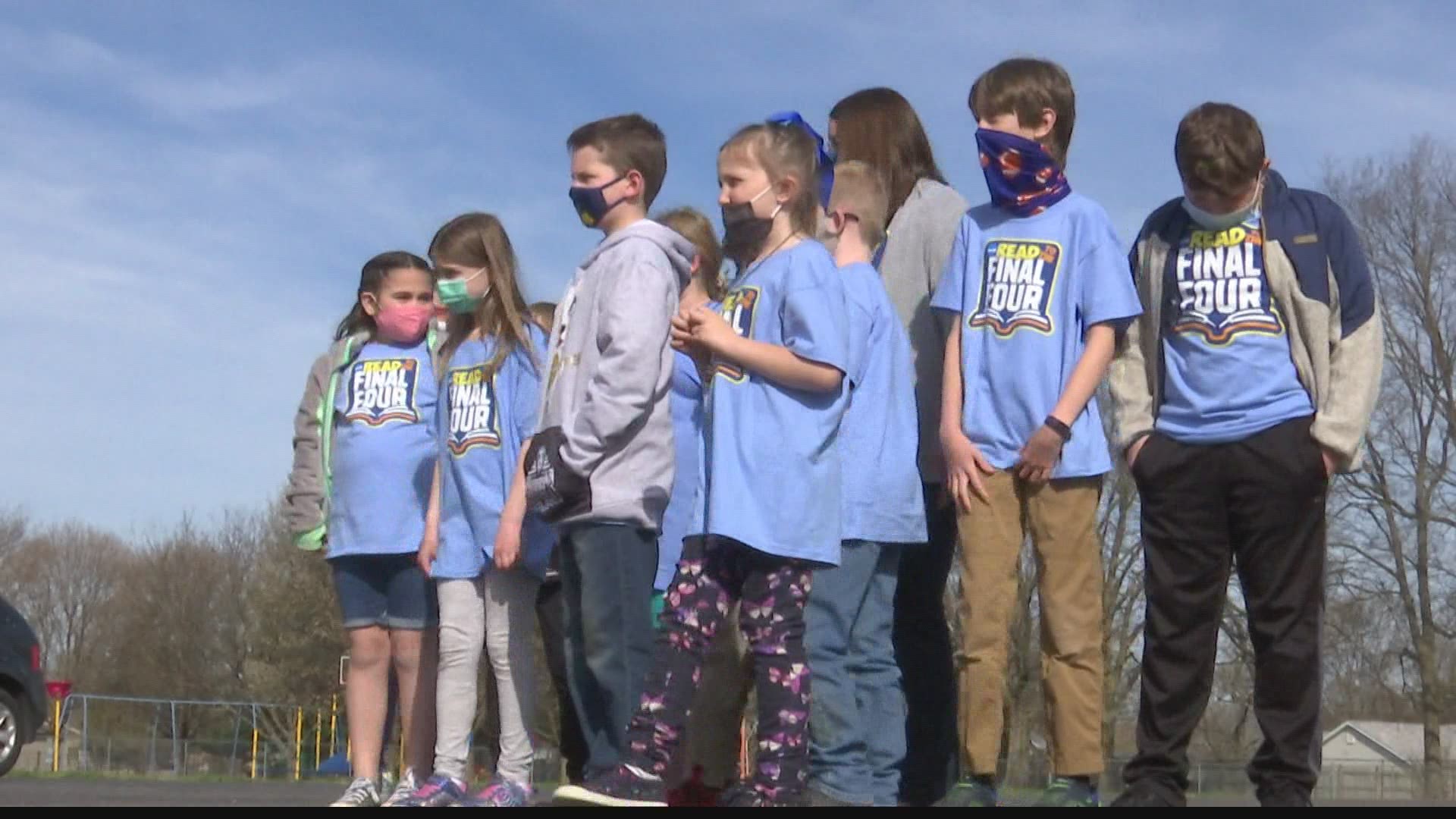 COLUMBUS, Ind. — Third graders across the state competed in their own March Madness. The top four schools in the "The Read to the Final Four" are now being recognized for the points they scored reading books during the basketball season.

The 11 kids read for over 28,000 minutes from November through March.

“I read all the time at home,” said third grader Heidi Combs, who likes books about bunnies. "I like to read because you can learn more things about other stuff and animals."

"It was hard,” said third grader Luke Edwards. “We had to work every day to read a lot during class. Some of us read at home."

Sixty-eight out of 300 participating schools statewide qualified for the tournament, based on reading November through January.

A points system helped average reading time per student so schools of different class sizes could compete against one another. Schools then advanced in the brackets on the “Read to the Final Four” just like March Madness.

"It’s an opportunity to encourage kids to read all across the state and to teach them about what the Final Four is and the impact that it has in the community, which is important because as you heard from these kids, some of them don't know what basketball is and what the tournament is,” said Molly Wright with the Indiana Sports Corporation.

The 11 third graders at Columbus Christian School finished in fourth place, but enjoyed the first Final Four celebration at their school.

The top reader in the class, Edwards, read 9,255 minutes: that's over 154 hours, or more than six days. He won a brand-new bike and helmet for his intensive reading.

"It helps your brain,” Edwards said. “It makes you feel like you should read more and know more knowledge. You believe in yourself."

The third graders all received Final Four sweatshirts and two books. The class gets $500 to buy books. The school library gets another $1,000. The whole school received a pizza party.

"It kind of leaves me speechless,” said third grade teacher Laura Adams. “I’ll try not to cry too much. But I just love when their hard work pays off. So, I'm very proud of all of them."

The top three third grade classes will be recognized around Final Four weekend with celebrations at their schools.

The reading program this year is financed by the Indy Championships Fund, a local non-profit community initiative that raises funds to support premier sporting events in Indianapolis.