Indianapolis is ready to host the Final Four

While Indianapolis was scheduled to host the Final Four this year, it wound up scoring almost all of March Madness. 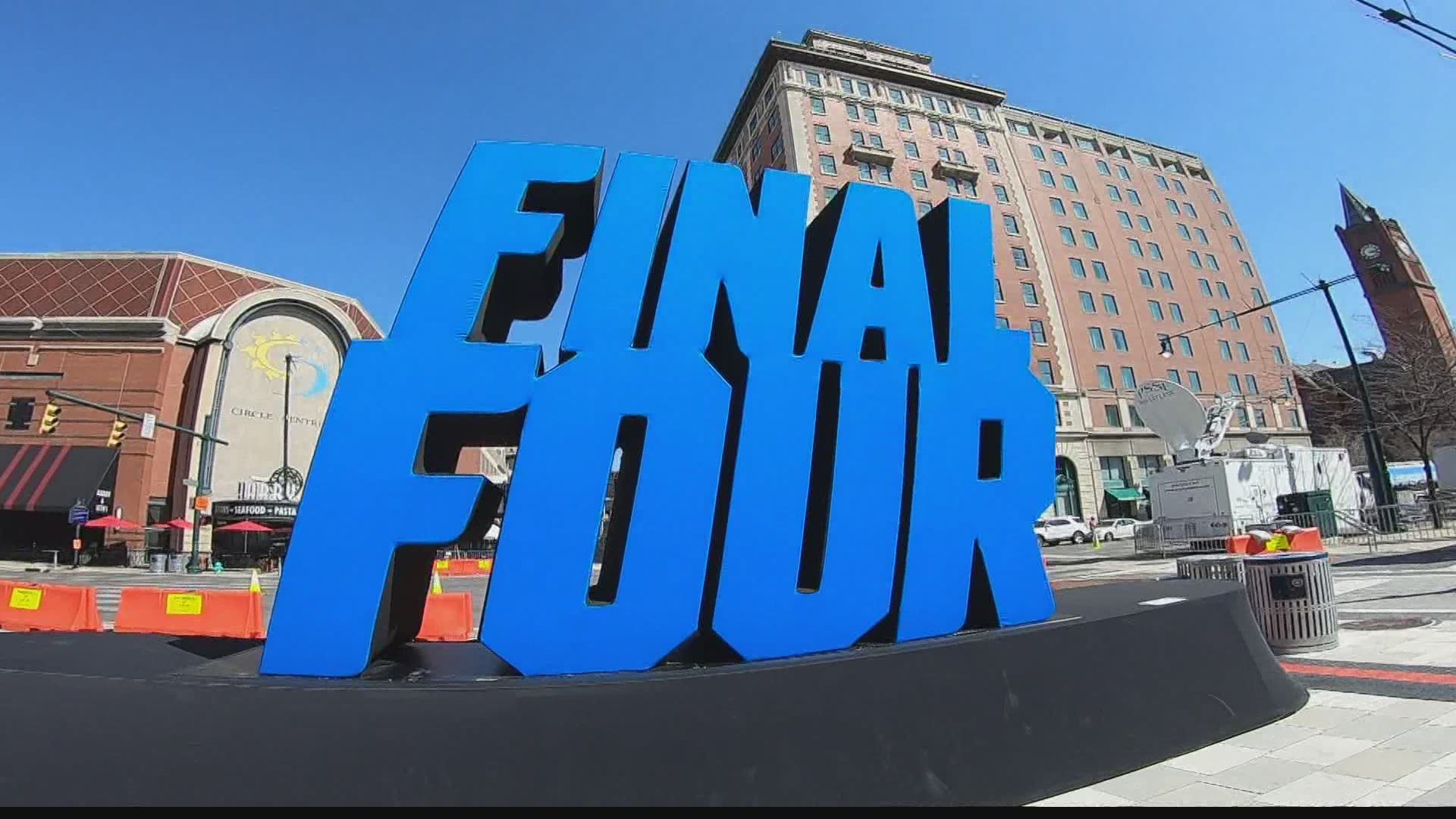 INDIANAPOLIS — Lucas Oil Stadium will be at the center of the "basketball universe," with the Final Four tipping off Saturday.

It comes after central Indiana pulled off an amazing feat, hosting the entire NCAA Tournament and on very short notice.

Friday found fans arriving from different parts of the country ready to enjoy a big basketball weekend. Kyle Bradley and his 11-year-old son, Braydon, came in from Colorado to support the Baylor Bears.

"We're here to check it out and cheer it on," Kyle said. "Its like a once-in-a-lifetime opportunity."

The same can be said for the city. While Indianapolis was scheduled to host the Final Four this year, it wound up scoring almost all of March Madness. It did so with an ambitious plan to keep all 68 teams in a "bubble" environment modeled after the NBA's.

"Sometimes it's hard to appreciate being in the moment...having an event over three-and-a-half weeks, people back downtown, restaurants open, being at the top of the country in hotel occupancy, it's exciting, exciting to have that impact on downtown," said Ryan Vaughn, who heads the Indiana Sports Corp.

The JW Marriott, the city's largest hotel with more than 1,000 rooms, was initially part of the bubble.

Credit: Rich Nye/WTHR
The JW Mariott downtown is one of the "bubble" hotels for the NCAA tournament.

Just over a week ago with the Sweet 16 set, the bubble went from four hotels to one with the Downtown Marriott hosting the Final Four teams.

That's with standard rooms selling for just over $300 per night.

Bars and restaurants were also looking forward to a mix of ticketed fans and central Indiana residents coming downtown to get the flavor of the final weekend of March Madness.

"I think it's a pretty crazy time. People are still itching to get out of the house and be part of the community and get that downtown experience. We're expecting a nice weekend, a very nice weekend," said Cara Rhoads-Coulson, a bartender at O'Reilly's Irish Bar and Restaurant.

Marion County health officials will be out again this weekend doing spot checks to make sure establishments are following COVID health and safety rules. Last weekend a couple of establishments were cited for not enforcing social distancing and mask-wearing.

Visit Indy's Chris Gahl, meantime, said the tournament has resulted in a ton of media coverage across the country, more than 200 hours of TV coverage related to the games and one million mentions on social media.

"You could say this is Super Bowl-esque in terms of the amount of media exposure Indianapolis has enjoyed over 30 days. No other city has seen that blip of national exposure," he said.