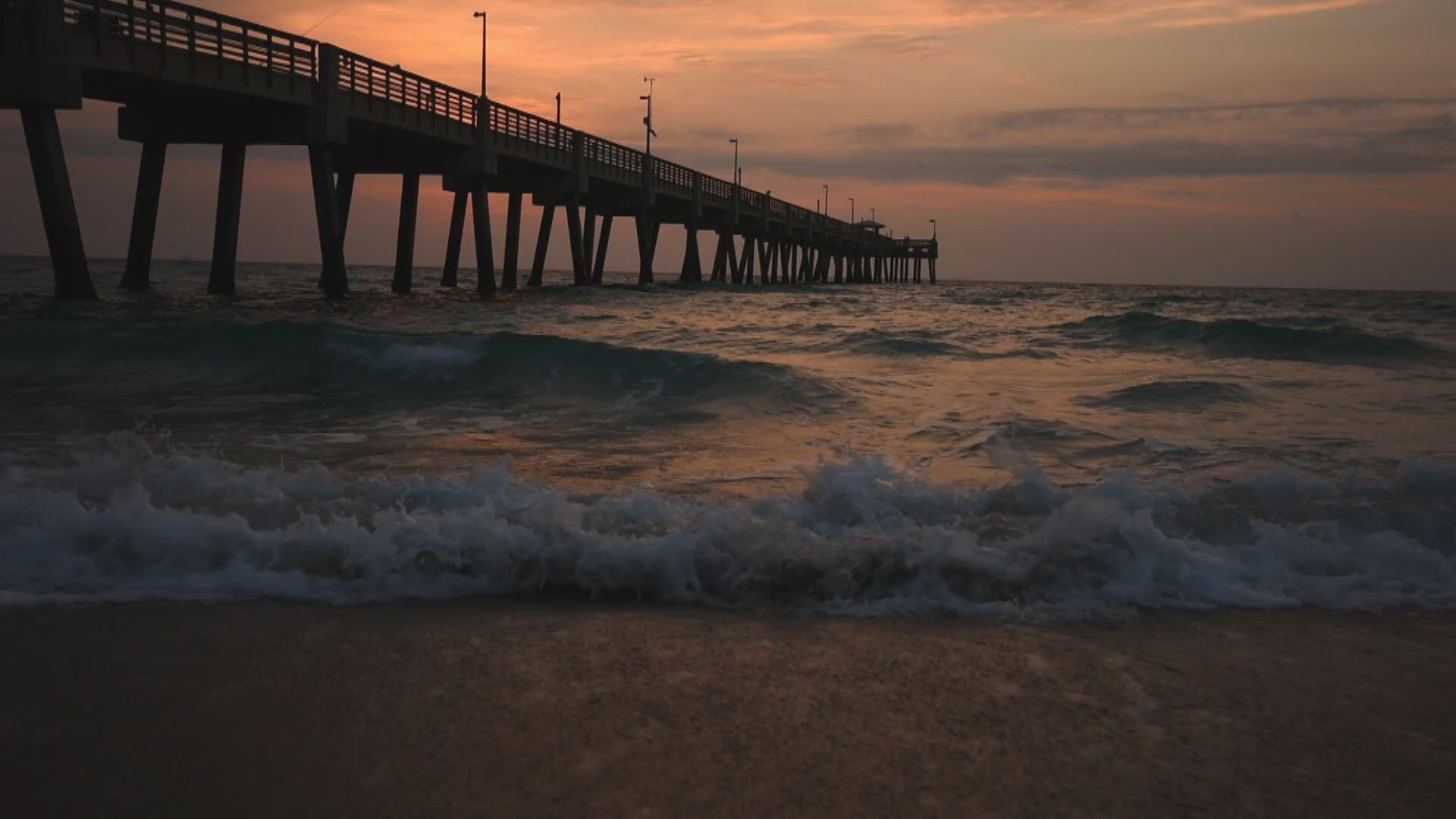 FT LAUDERDALE, Fla. — I'm not a morning guy. I like to sleep in! There are a few things worth waking up early for, like the Indy 500 or a morning of fishing!

He still lives there. When Ryan wants to unwind, he heads to sea with a few of his buddies.

They grew up on boats and catching lots of fish!

Recently, Ryan invited me to tag along. So, I set my alarm clock!

The name of the boat is "Inside Line" and is 42 feet long all the comforts of home. The boat is powered by 4 mercury engines cranking out 1400 horsepower, twice as powerful as Ryan's IndyCar ride.

"It's called 'Inside Line' as the t-shirt would say. I like that ..explain to people why that's significant," Hunter-Reay said. "It's after the move in the 500 in '14 that sealed the deal. I thought it was a a fitting name, and it lends itself to some fishing terms as well "

in 2014- Ryan took the inside line and beat Helio Castroneves to the finish line to win the 500.

After a quick ride out to the deep water, the serious fun began.

"its a great escape from anything," Hunter-Reay said. "Once you are offshore its a completely different mindset. you can de-tune and it's healthy as well."

It didn't take too long before the fish started biting.

it was non-stop fun and some hard work reeling in these big tuna.

Hunter-Reay said he only keeps the best to eat and everything else is catch and release.

We hooked into a big Blackfin Tuna, only to realize someone else was hungry too.

"Mr. shark ate our lunch," Hunter-Reay exclaimed. "That was going to be a nice fish!"

Credit: WTHR
Ryan Hunter-Reay named his boat "Inside Line" after his move late in the 2014 Indianapolis 500 to secure a win.

Hunter-Reay said fishing is his equivalent to playing golf and is the championship drive's way to relax and unwind.

He said it gives him time to reflect and look forward as he tries to land another Indy 500 title.

"It would mean everything," Hunter-Reay said after being asked what another Indy 500 win would mean to him. "That's the primary objective, that's what its all about, that's what we are focused on. That's what I think about non-stop, winning Indy."

Fishing on his days off and driving race cars for a living. Its good to be Ryan Hunter Reay and was worth getting out of bed early.