Dave caught up with drivers recently to talk about their time during the pandemic and to dish the dirt on each other. 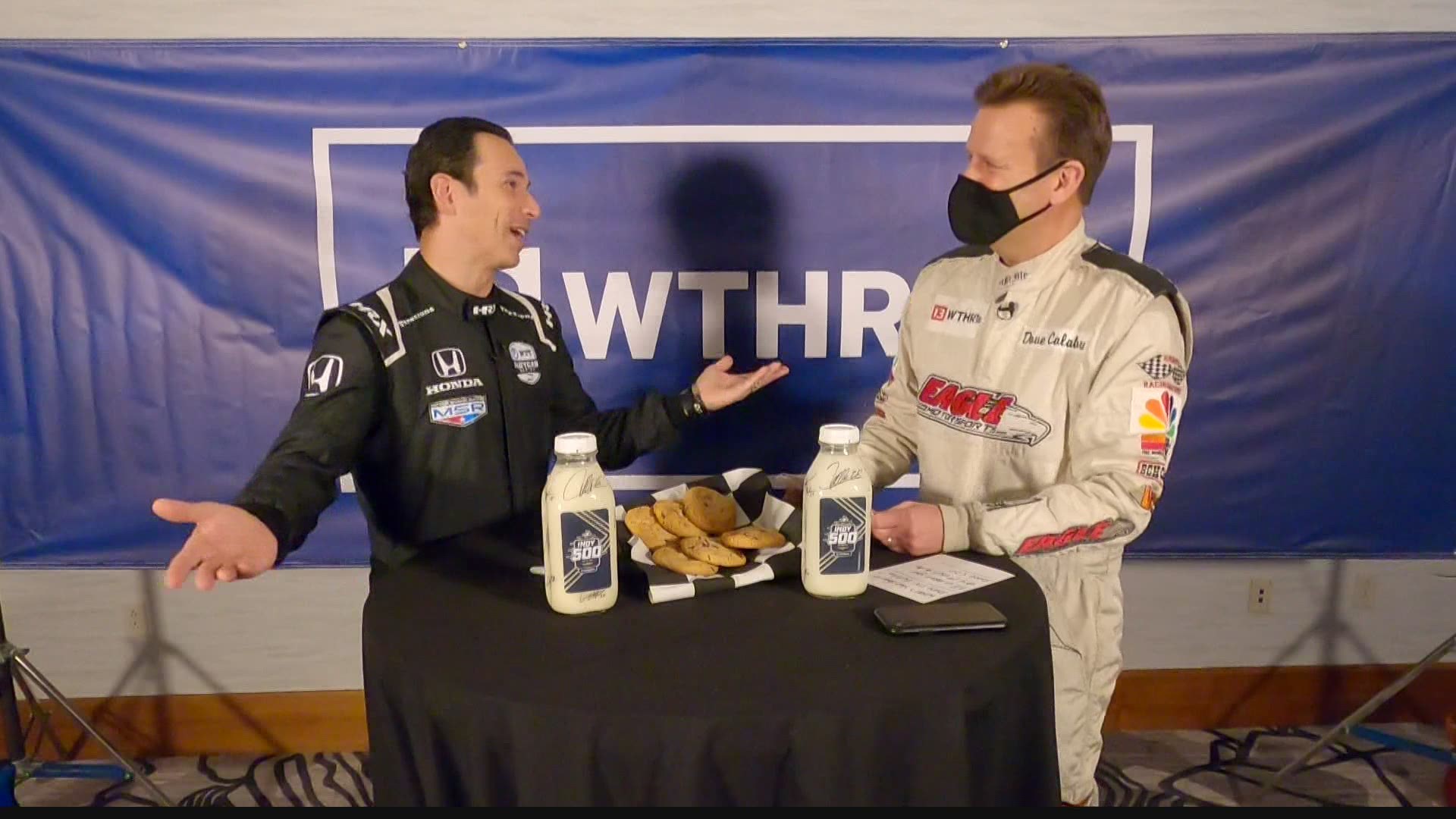 INDIANAPOLIS — My favorite time of the year is here, It's May! The Indy 500 is unlike any other sport! From the pageantry to the thrill of 33 drivers going 225 miles an hour. But, the personalities truly make the Indy 500 special.

Binge-watching during the pandemic

DAVE: During the last year what show did you binge-watch the most?

JAMES HINCHCLIFFE: All of them.

DAVE: Did you have a favorite?

ED CARPENTER: I feel like we’ve binge-watched about everything.

DAVE: You know, when you sit down and you keep watching episode after episode.

CASTRONEVES: There were so many. My wife is the one that knows with the Spanish, and I’m just (nods head) nodding my head… things I know what, I’m understanding what they’re saying, but it wasn't understanding.

CASTRONEVES: What we gotta do sometimes.

HINCHCLIFFE: Ted Lasso was probably one of my favorites, though.

HINCHCLIFFE: That one was really funny.

CARPENTER: Yellowstone was probably one of our favorites.

DAVE: Do your best impersonation of Helio Castroneves.

(as himself) How was Laguna, Helio?

(as Helio) “Man, you’re still as awkward as you always were, man, but I love you.”

DAVE: Who messes with social media the most?

DAVE: I think we’re gonna have a trend here.

CHARLIE KIMBALL: Anybody who's under 25 and Conor Daly.

DAVE: Which driver’s most concerned about their social media?

DAVE: I mean, I'll give you a chance to think about it.

That flow that he’s rocking, now….

DAVE TO CONOR DALY: What about you? Are you a social media guy a little bit?

DALY: I try to be a social guy.

DAVE: Guy that shows up with the flow?

DALY:  Yeah, I try to be an internet man.