What are Indiana's school bus laws? 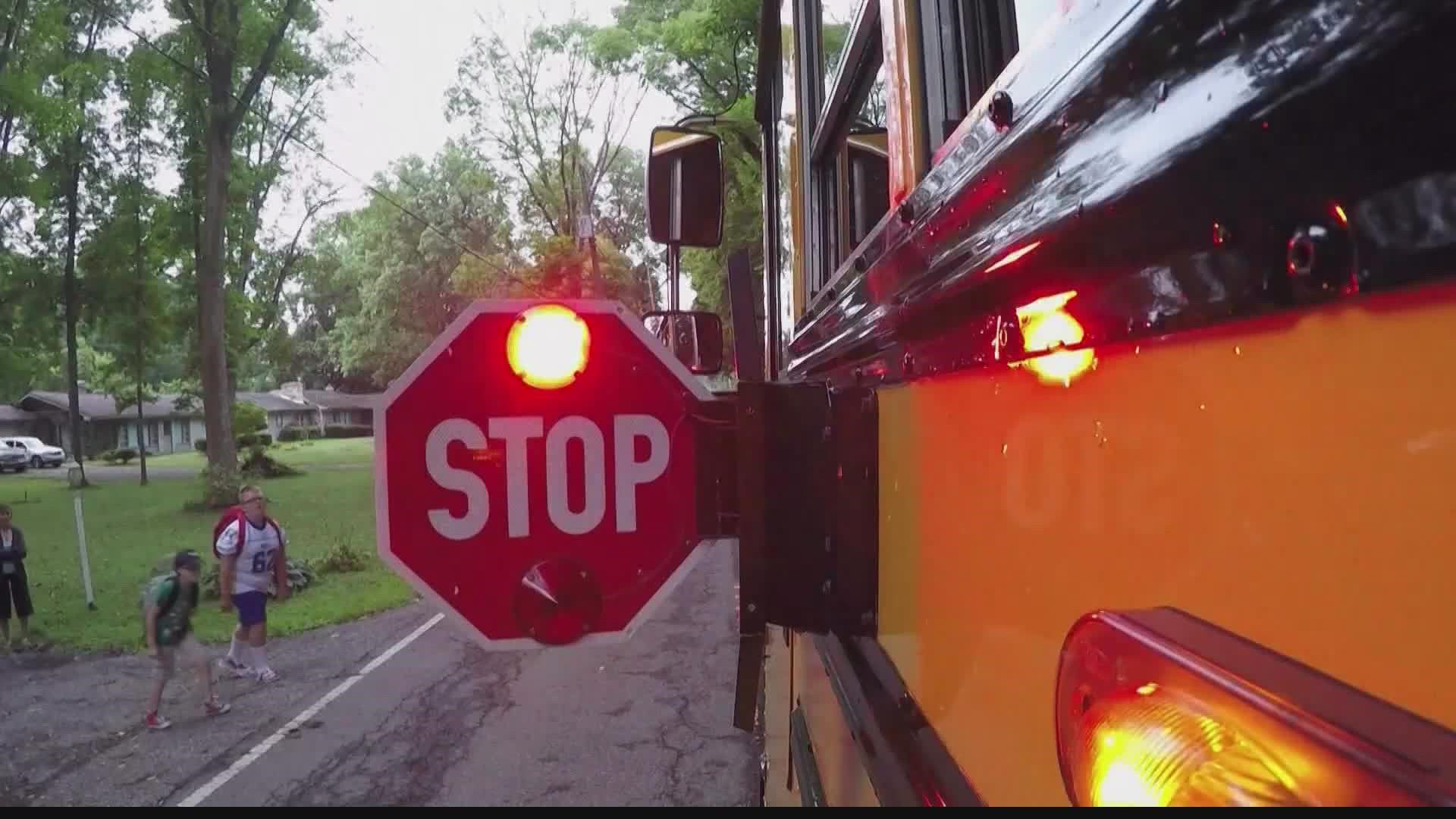 INDIANAPOLIS — Two central Indiana communities are mourning the deaths of young students who were killed in hit and runs on their way to school.

Sixteen-year-old Lily J. Streeval of Columbus was killed at a bus stop in Bartholomew Co. early Monday morning, when a car did not stop and hit her.

An unidentified girl also died Monday from injuries sustained during a hit-and-run. That girl was hit by a car off Moeffhoffler Road Friday on the east side of Indianapolis, and died Monday.

Police said the driver of that car left her in the middle of the road. It is unclear how close she was to a school bus.

As school starts back up though, it’s crucial to remember the rules around school buses so we can keep kids safe.

In Indiana, it’s illegal for drivers to pass a stopped school bus that has its red lights flashing and stop-arm extended.

Data collected from the National Association of State Directors of Pupil Transportation Services showed 2,053 bus drivers of a participating 6,779 reported illegal passing of their school bus in 2019.

That same data showed over 27 percent of the nation’s school bus drivers participated in a one-day survey to report motorists who passed their stopped school buses.

Throughout a 180-day school year, these sample results point to more than 17 million violations among America’s motoring public.

However, experts think the number of violations is likely much higher, because not every bus driver participated in the study.

In the state of Indiana if you leave the scene of an accident that results in a fatality, the charge is a Level 4 felony.

In 2019, Indiana lawmakers approved tougher penalties for drivers who pass school buses with extended stop arms after three children were fatally struck while crossing a highway to board a bus.

Earlier this month, police bolstered their presence in school zones across - jurisdictions and found -