Oath Keepers gained attention for its connection to the Jan. 6 insurrection. It is an anti-government militia group. 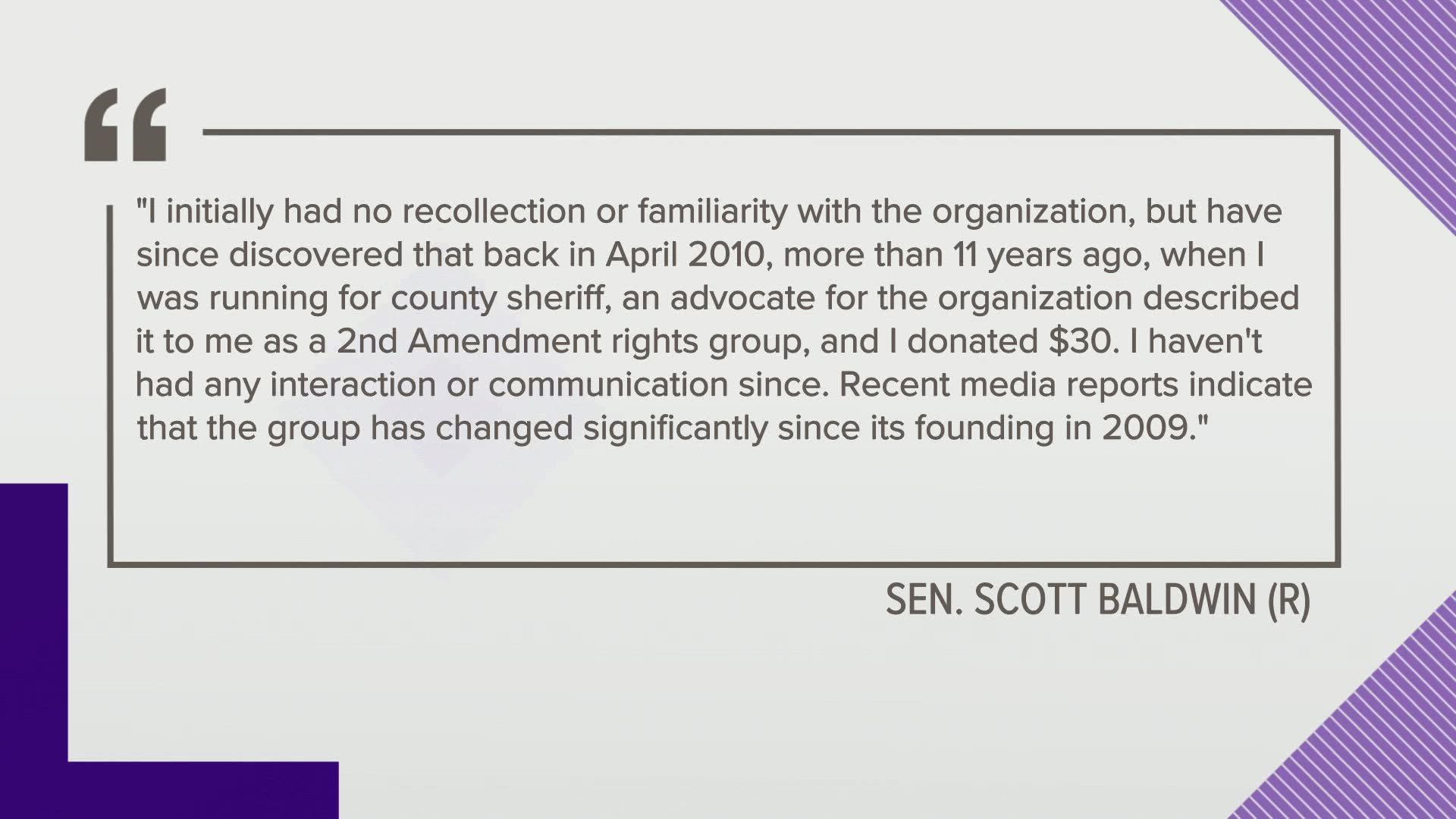 INDIANAPOLIS — Sen. Scott Baldwin's name is among those on a list of supposed Oath Keeper members, but he told 13News that is not the case.

The list of more than 35,000 names was released by the group Distributed Denial of Secrets, and Baldwin's name was identified by ProPublica. The list identifies Baldwin as an annual member.

Oath Keepers gained attention for its connection to the Jan. 6 insurrection. It is an anti-government militia group.

When asked about any possible affiliation with the group, Baldwin released the following statement to 13News:

"I initially had no recollection or familiarity with the organization, but have since discovered that back in April 2010, more than 11 years ago, when I was running for county sheriff, an advocate for the organization described it to me as a 2nd Amendment rights group, and I donated $30. I haven't had any interaction or communication since. Recent media reports indicate that the group has changed significantly since its founding in 2009."

13News searched archived pages for the Oath Keepers from 2010. At the time, a $30 donation earned an official member status including a membership certificate "suitable for framing," laminated membership card, bumper stickers and an outreach "start up kit."

"Sen. Baldwin has indicated he is not a member of the group. In his time in the Indiana Senate, Sen. Baldwin has been a very thoughtful and capable leader for us on a number of subjects."

Democrats had a different take, as Baldwin's statement did not denounce the group. INDems Chairman Mike Schmuhl released this statement on Baldwin:

"It's alarming to see the Indiana Republican Party connected to the domestic terrorist organization responsible for the January 6 Insurrection and the attempt to overthrow the United States government. State Senator Scott Baldwin's membership to this extremist group invalidates Hoosier and American values, and in normal times, would disqualify him from holding this office. Indiana Democrats have said since January 6 that Indiana Republicans are endorsing a form of extreme partisanship that divides communities and puts the safety of Hoosier families at risk – and sadly, it's becoming more true by the day. It's time for INGOP Chairman Kyle Hupfer and Scott Baldwin to denounce the Oath Keepers, and for Baldwin to reexamine whether or not he is fit to hold his current office."