A south side neighborhood is experiencing vandalism and even theft involving their political yard signs. 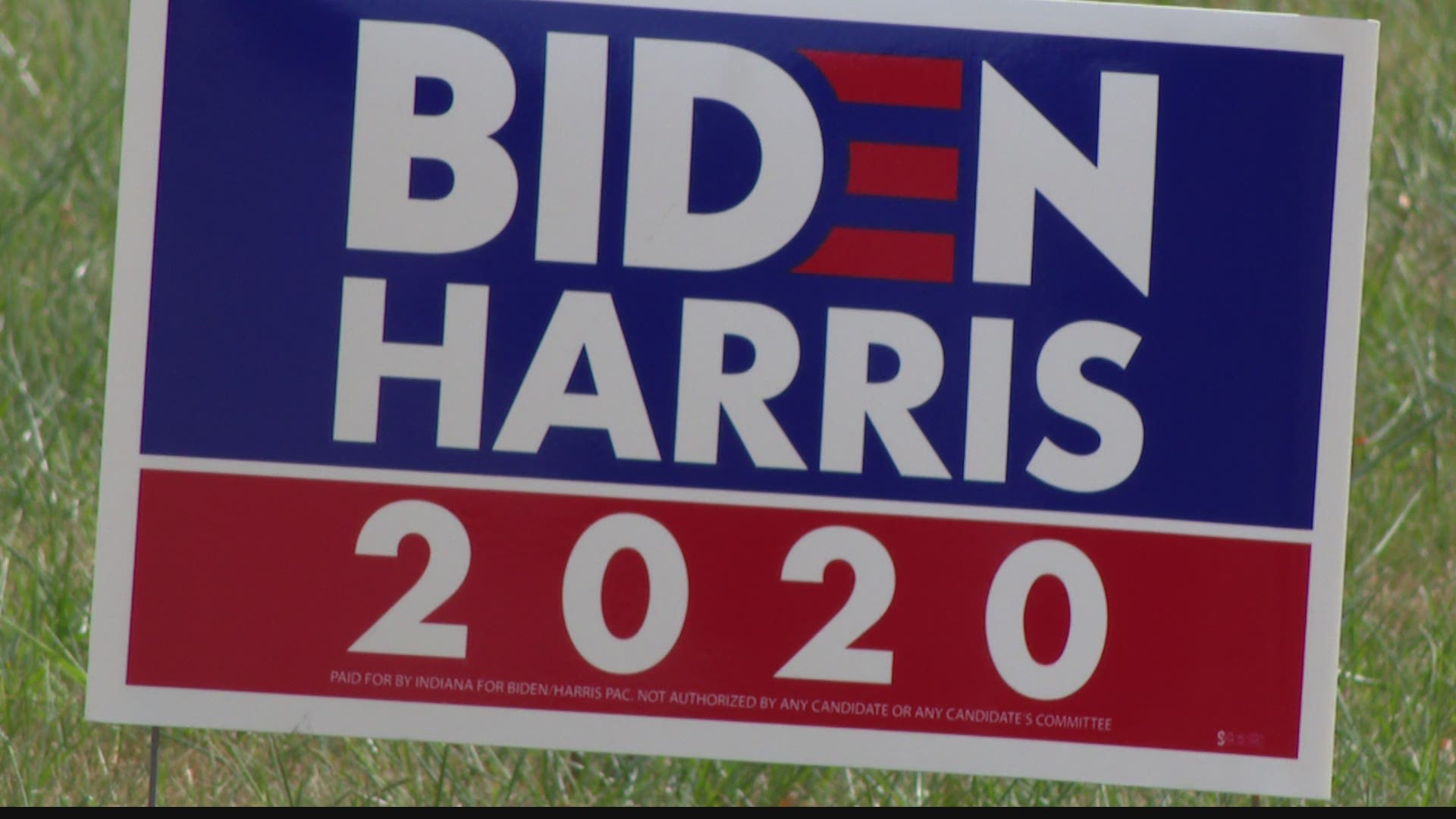 INDIANAPOLIS — UPDATE: Gregory Doty messaged us Thursday to let us know that someone left a letter in his mailbox, apologizing for the incident. The envelope also contained money to pay for any damage.

The heated race for the White House has some south side Indianapolis neighborhoods brewing over political yard sign thefts.

Trump and Biden supporters in one neighborhood have had their yard signs vandalized and in some cases even stolen. Both sides have a message for the people doing it.

Annette Montgomery wanted people passing her home on a busy south side Indy street to be aware of her candidate. She believes her candidate's opponent gets more publicity where she lives.

"The party that I am voting for is in the minority in this area," she said.

Recently, Montgomery was informed by her neighbors on the app Nextdoor that someone vandalized one of her yard signs and eventually stole them.

RELATED: Decision 2020: Your guide to early voting in Indiana

Unfortunately, her neighbor, Ed Shilkett, has had the same issue. His display for his 2020 candidate is a lot more elaborate. He doesn't consider whoever is targeting yard signs a brave person at all — especially since he suspects he was targeted while he away from home.

"They are Just an example of cowards," Shilkett said. "Why don't you come by while I am here at the house and bother my signs?"

Shilkett, who supports a different candidate than Montgomery, has always been known to look out for her — and she the same for him.

"I had flags in my window that they took. I had a metal sign in my yard that they took plus some other stake out signs," Shilkett said.

RELATED: Here are the candidates seeking to represent Indiana in the U.S. House of Representatives

RELATED: Decision 2020: We want to hear from you

A different south side homeowner in a completely separate subdivision shared a photo with 13News of kids caught on camera vandalizing his political yard display.

Gregory Doty posted the photo online with a message to the kids' parents. The photo shows the young suspect in a distinctive shirt, so Doty strongly believes the parent will recognize their child committing the crime.

Doty spent Wednesday afternoon restoring the display. He too is determined to support his 2020 candidate. Although the yard sign victims disagree on who should win the White House, they can agree on one thing about people who target their freedom of speech.

"I think it's time for some self reflection," Montgomery said. "I think they need to interject a little more kindness and compassion with how we deal with people."

"Be tolerable of other peoples things," Shilket said. "These are childish acts. Grow up; this is childish."