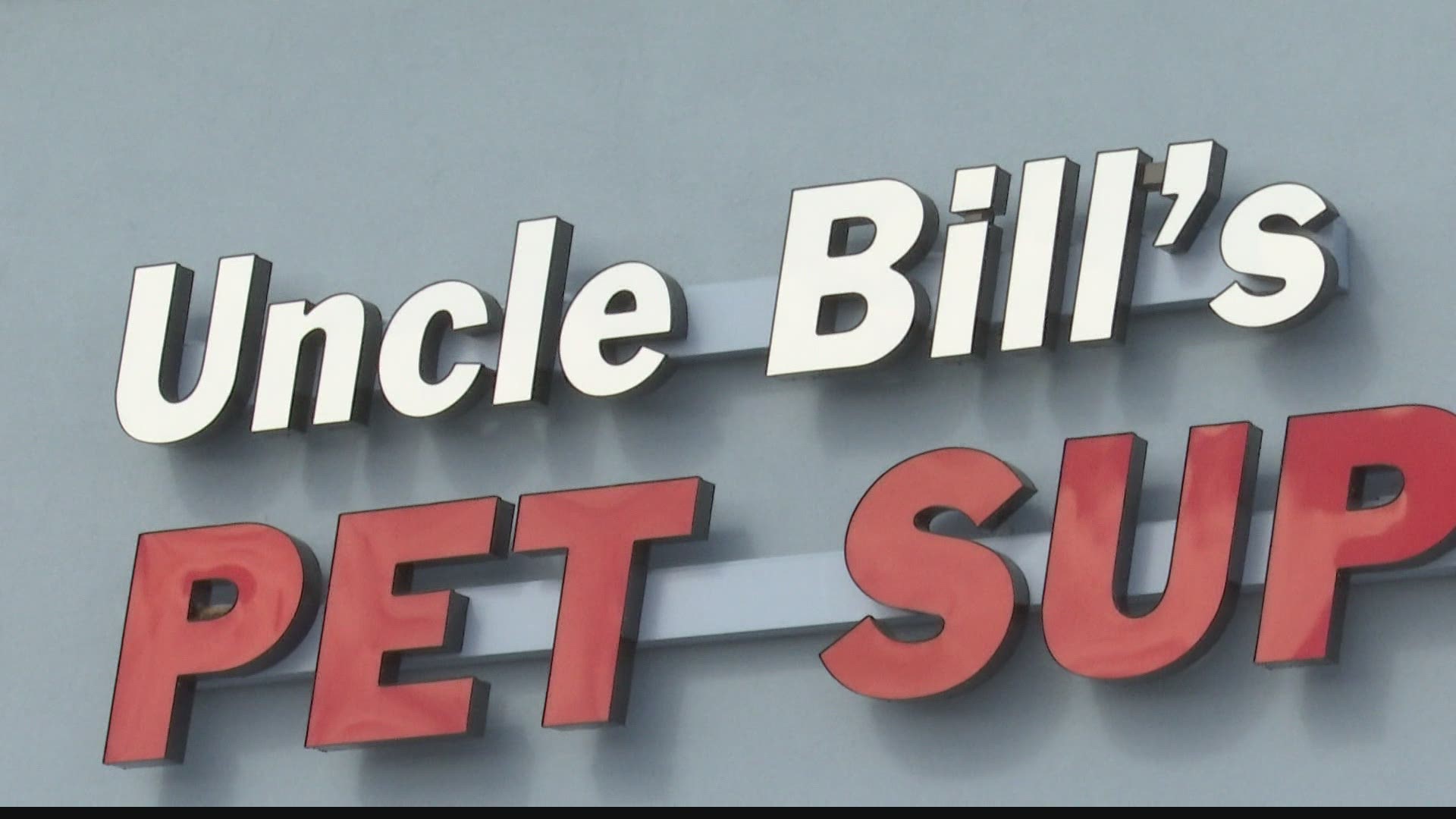 INDIANAPOLIS — A pet store owner is promising changes to his business after a fire at his west side Indianapolis shop killed an estimated 100 animals.

"It's been the best possible thing for me and my family,” said Wilson. “That's why this is so devastating."

Monday night in the middle of the snowstorm, a building alarm called firefighters to the Uncle Bill's store on West 38th Street at Georgetown Plaza. The store was closed. No one was there. The fire was contained to the roof area at the back of the building and did not spread to other stores in the strip mall. But smoke inhalation killed about 100 animals inside the pet store, including 40 puppies.

"It's very difficult, because a lot of these animals, and particularly the puppies, we do get attached to pretty quickly,” said Wilson.

The Georgetown Plaza store includes the company headquarters and serves as the hub where puppies are received from breeders, then undergo checkups from veterinarians before going to other stores.

No animals were burned in the fire. But 25 parakeets and other assorted animals also died. Some reptiles and fish survived and were relocated to the Greenwood store.

That’s where Wilson was working Tuesday on a just a few hours sleep, wondering what he could have done to prevent the tragedy.

"This is something we cannot tolerate,” said Wilson. “The community doesn't want to see this. They depend upon us to make sure that these animals are well taken care of and we take that seriously. Something fell apart."

9:02 PM - An estimated 100 animals perished as a result of smoke inhalation during a fire at Uncle Bills Pet Center 4829 W 38th. Initially dispatched as an alarm, the building was heavily charged w/ thick black smoke on arrival. Cause is under investigation. Under control in 1 hr pic.twitter.com/8kl4Msfdzw

Wilson is already considering having someone at his stores 24 hours a day. He said there is no reason to believe anyone at the store was at fault for the fire. But Wilson wants to find out if there is anything his business could have done to prevent the loss of animals.

Investigators returned to the Georgetown Plaza location Tuesday looking for the cause of the fire.