The crash happened in a construction zone on I-74 near Shelbyville. 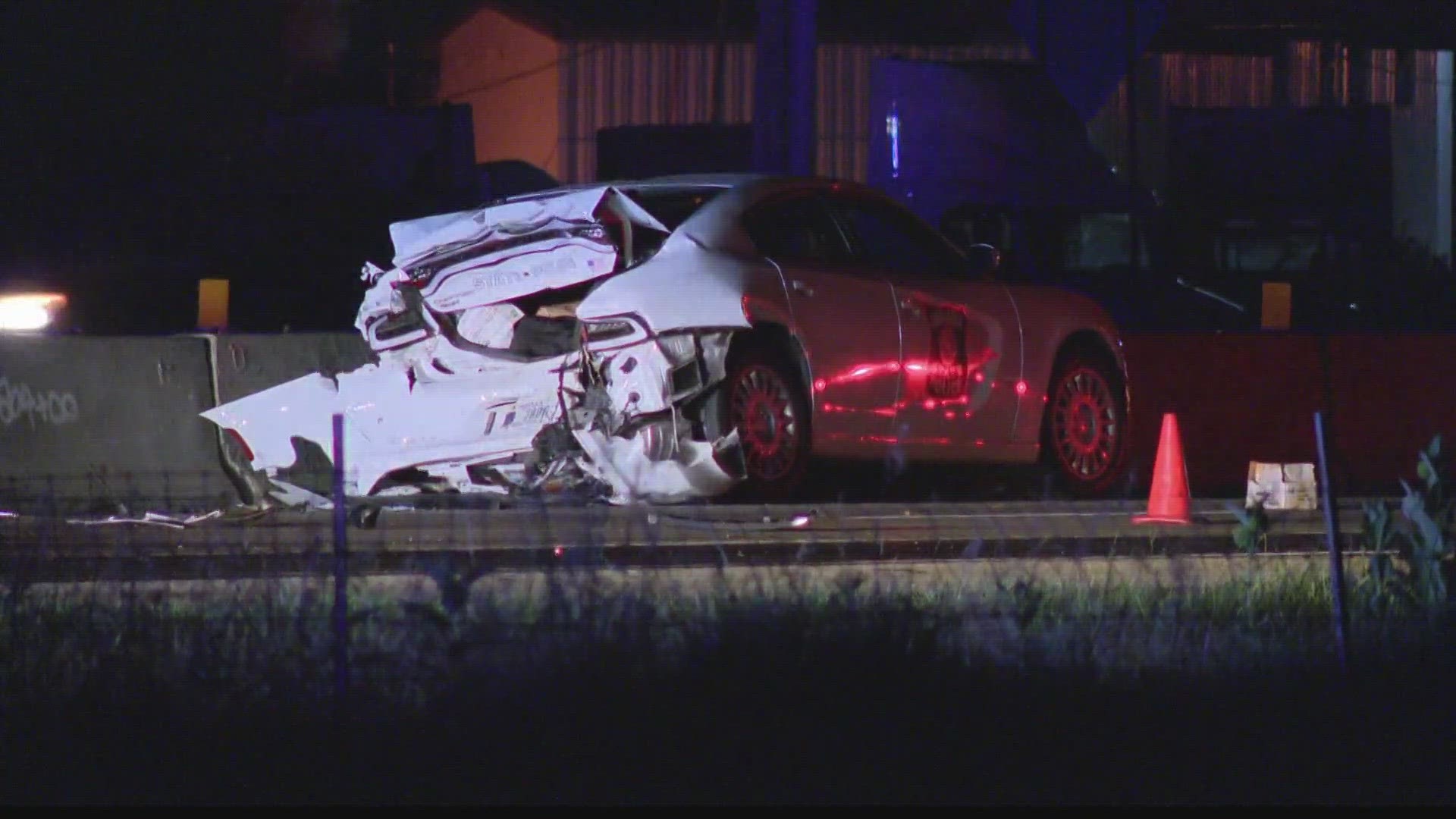 SHELBYVILLE, Ind. — An Indiana state trooper was seriously injured Friday morning when the trooper's cruiser was struck from behind in a construction zone on Interstate 74 near Shelbyville.

According to Sgt. John Perrine of the Indianapolis State Police Post, the trooper, later identified as Master Trooper Jeremy Basso, sustained serious injuries in the crash, but was alert and conscious.

A preliminary investigation determined Basso's police car was parked in a closed lane with his emergency lights activated behind a crew of construction workers. The lane was reportedly closed approximately a half-mile before the crash site and was marked with several signs and orange construction barrels.

State Police said a 2015 Ford Explorer, driven by Mason Durrett, 21, of Indianapolis, struck several barrels and continued driving in the closed lane until hitting the back of Basso's car around 2:45 a.m.

Durrett is suspected of driving drunk and was taken to a hospital with non-life-threatening injuries. He was later arrested at the hospital on a preliminary charge of operating a vehicle while intoxicated, causing serious bodily injury.

At 2:48 am an @IndStatePolice Trooper’s vehicle was struck while assisting a construction crew on I-74 in Shelby County. The Trooper is alert and conscious, transported to the hospital with serious injuries

Other driver is suspected of OWI, investigation is ongoing pic.twitter.com/nkFHpcF6Tp

Traffic heading west on I-74 was diverted at State Road 9 for more than an hour while emergency crews and investigators worked at the scene.