Indianapolis to celebrate Juneteenth with events across Circle City

Many of the events, including a bike ride and father-and-son photo shoot, are being held Saturday in downtown Indianapolis. 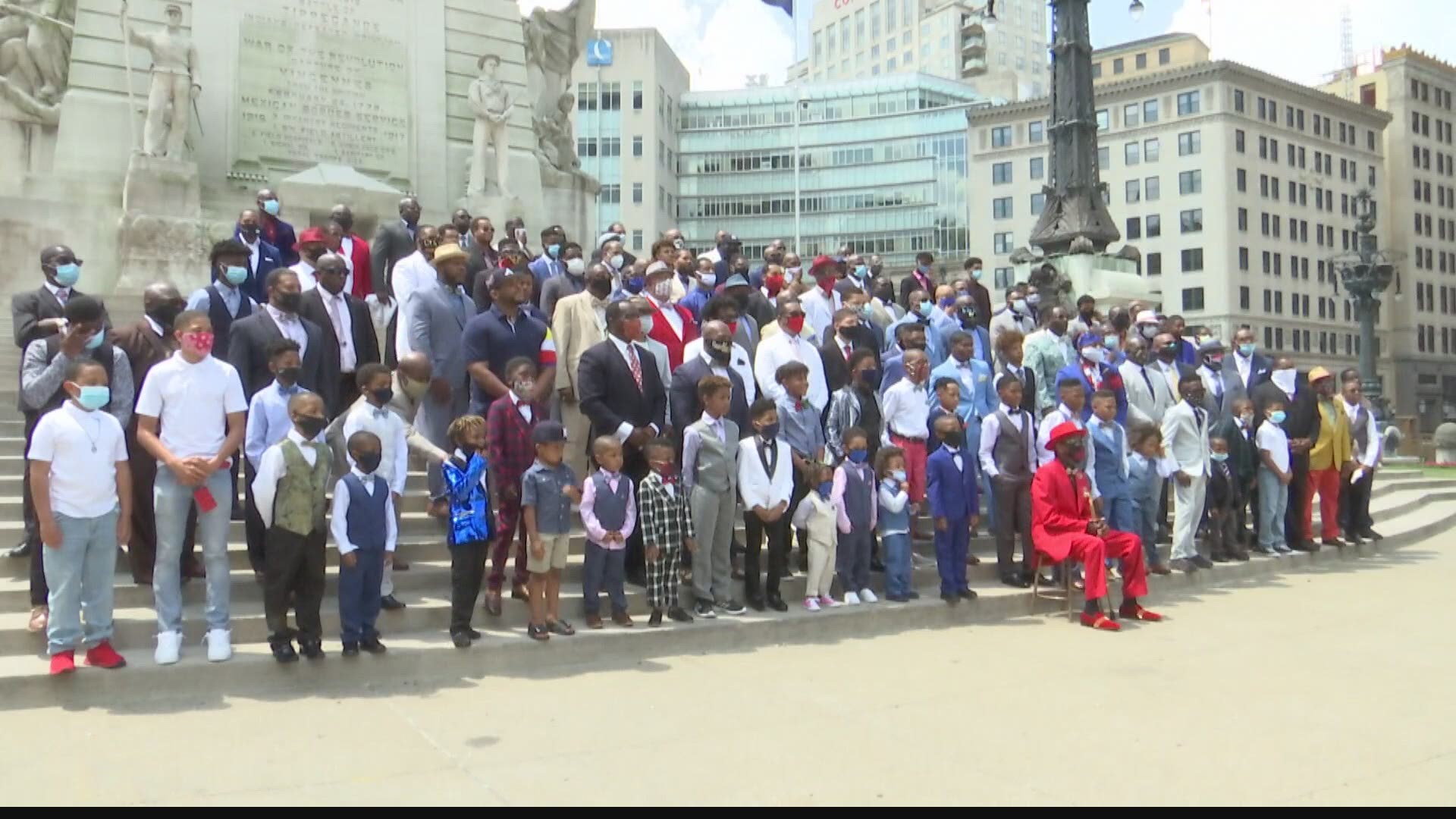 INDIANAPOLIS — Several community leaders are preparing to host events as part of the celebrations for Juneteenth in central Indiana. Many of the events are organized as family events.

Fitness trainer Antwan Mack is getting ready to help host the second annual Juneteenth weekend bike ride along with Cassie Smith-Johnson. She created the event during last years' pandemic, hoping just to give people something else to think about not knowing the ride would be a huge hit.

"I just made a Facebook post saying it will be really cool if a bunch of us just went downtown and rode our bicycles on Juneteenth and the feedback got kind of crazy," Smith-Johnson said.

After seeing the post, Mack reached out to Smith-Johnson about the "Biketeenth" event to offer help.

RELATED: The history behind the holiday: 15 things you may not know about Juneteenth

"It's easy and something everybody knows how to do. It's good to bring your family out and everybody unite together," he said.

Since Mack grew up visiting the Riverside Boys & Girls Club, part of this year's proceeds will be donated to impact the lives of young people.

Candace Pate, marketing director for the Boys & Girls Club, believes the partnership will go a long way, saying the connection has come full circle thanks to Mack wanting to give back. The benefits to the club for the children are priceless.

"They love to come to the club," said Pate. "They love to get away from world and society. They have great exposure and they look at it like a second home."

Shawn Kimbrough is returning as a Juneteenth event organizer by inviting people to downtown Indianapolis Saturday. His event will coincide with Father's Day.

"I think fathers need to be recognized here in the city for being great fathers," he said.

Kimbrough expects a huge turnout for his Juneteenth Father's Day Photo Shoot. He's inviting fathers and their sons of all races to Monument Circle at noon Saturday where they will strike a pose. He is asking the participants to dress to impress. Men and boys who don't have dress clothes to wear should attend the photoshoot anyway. Formal dress clothes are preferred, but not mandatory. Kimbrough is more concerned about creating an atmosphere of unity for central Indiana fathers and sons.

"The takeaways I want from this event is for people to build relationships with other people. I want us to come together as a community and make a difference in our community," Kimbrough said.

All males are welcome, even if their father or son is not available to attend the event. After the photo, Shawn is inviting families to Watkins Park for fun and free food. The park event will also center around Juneteenth.

"A lot of people should educate themselves on what Juneteenth means to us, not only Black people, but all people," said Kimbrough.

"I am pretty happy about it being a national thing now," Mack said.

The Glick Neighborhood Center at 2990 W. 71st Street is planning a grand re-opening and Juneteenth celebration on Saturday, June 19 from 11 a.m. until 5 p.m.

Another event planned is a Juneteenth social. The event is designed to provide an unparalleled, micro-aggression-free networking experience for Black professionals in central Indiana regardless of industry, career level, or intersectional expression. This year's social is being held at the Cyrus Place on Saturday, June 19 from 5-8 p.m.

The Soul-to-Soul Cafe at New Direction Church is holding a Juneteenth event on Sunday, June 20 from 8 a.m. until 2 p.m. at the east campus, located at 5310 E. 38th Street in Indianapolis. Organizers will celebrate Juneteenth and Father's Day as part of the re-opening of the church, which was temporarily shut down due to the pandemic. They will hold a cultural breakfast and dinners for fathers on Father's Day, where dads will eat free.