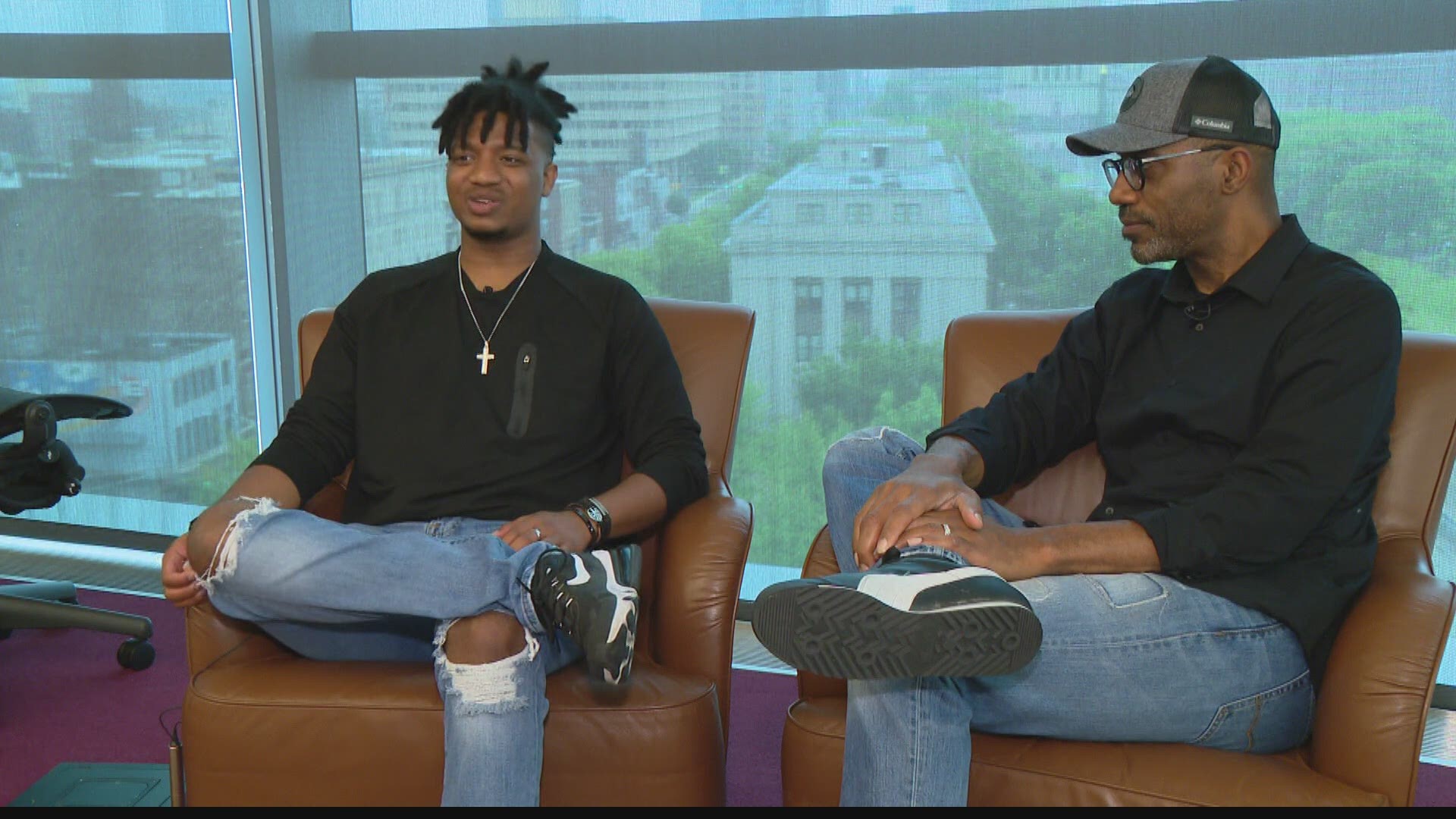 "Just to see it so blatantly obvious and have the whole nation doubt if justice should be received, that really hit me. That hurt me a lot," Simpson said.

So he decided to put his emotions into a song, called "Independence Day (Juneteenth Anthem)" and asked Smith to help him create an accompanying music video.

"I have worked with him before," Simpson said. "I know he is a great filmmaker. I really don't really trust anybody else to do it."

When Simpson reached out to Smith, he knew it would be a huge request of his former teacher. But for Smith, it was nothing new. Smith said he often gets requests from young people to help create videos, but many times, his answer is "no."

"There are a lot of young people who want to be rappers, and sometimes they just have not learned the skills for it," Smith said. But with Simpson, it was different. "When I heard it, I was blown away. 'This is phenomenal, I am in.'"

The video depicts Simpson at a traffic stop with police that turns deadly. He vanishes from the driver's seat and reappears as part of an animated wall memorial with Breonna Taylor, George Floyd and Ahmaud Arbery.

RELATED: A look at high-profile cases over killings by US police

The song is about bringing justice to those who have lost their lives at the hands of police officers.

"He really did a fantastic job of crafting the words and knowing who his audience is," Smith said.

Both Smith and Simpson hope the film is far-reaching and as many people as possible get the message in the music. Given its title, Smith hopes the video can be incorporated into Juneteenth events across the country later this month.

Simpson also wants his lyrics to provoke conversations about how people of color are treated by law enforcement. The film sheds light on two jarring statistics:

Simpson said instances of police brutality sadden him and should sadden everyone.

"It should change. But of course, it's going to a long time to get there," he said.

The film took about eight months to finish. Smith and Simpson plan to share it on social media and encourage others to share it as well.