Purdue students march in support of survivors of sexual assault

#METOO Purdue organized a vigil Tuesday to give a voice to what they say is a problem due more attention and action. 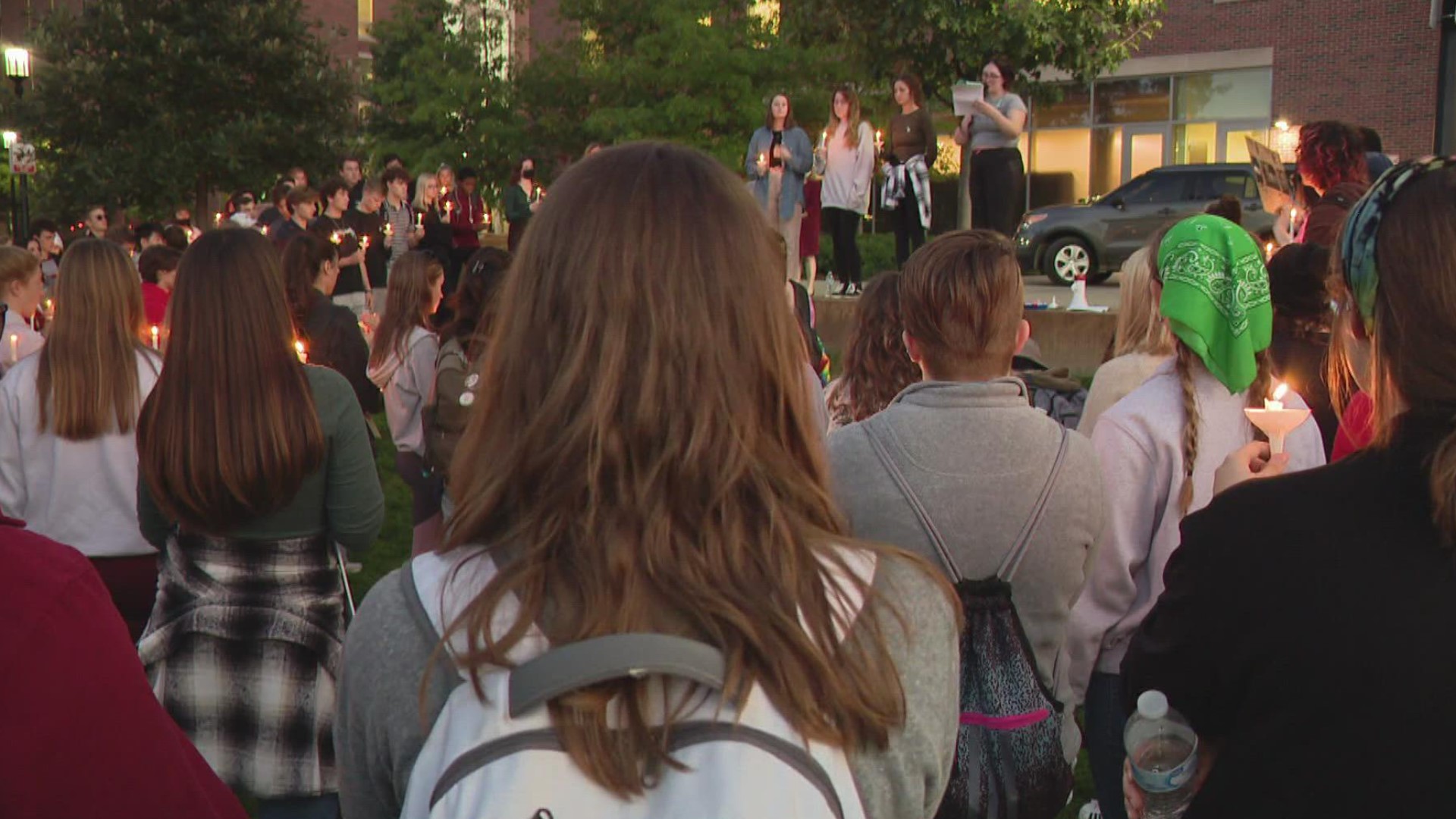 WEST LAFAYETTE, Ind. — Members of the group #METOO Purdue organized a march and vigil Tuesday to give a voice to what they say is a problem in need of more attention and action by Purdue University: the issue of rape and sexual assault.

“This is extremely amazing to see everyone rallying and helping survivors,” said Purdue sophomore Grace Gochnauer.

Gochnauer came to the march amid recent reports of sexual assault and rape on Purdue’s campus since the start of the school year.

According to Purdue University police records, four of those attacks happened at unknown fraternity houses or on David Ross Road, which is lined with Greek housing. Tuesday night’s march led a few hundred students, including Gochnauer, up that same road.

“I was assaulted my freshman year at a fraternity on Purdue’s campus,” said Gochnauer. “I didn’t come forward for over a year. I didn’t report it to the university. It took me a year to even tell my friends or family.”

“What we’re trying to do tonight is really show the victims that we’re listening to them. And if Purdue’s not hearing them, we are,” said Beth Kelley, a junior and member of #METOO Purdue.

“I’m here to support any person who has gone through something like this,” added Jillian Eisenhet, a Purdue senior.

#METOO Purdue has called on the university to put more measures in place to address the issue of rape and sexual assault on campus, including a requirement that all students pass a consent and misconduct test at the start of each school year.

“Purdue, since they have that big power and influence, they can do such a better job in a bigger movement to help these things,” said freshman Gavin Stefanek.

“It’s a terrible thing to happen to anyone, and we want to do our part to help stop that and speak out against that and show our support,” added sophomore Thomas McClure.

“I think this speaks to Purdue’s community that so many students are willing to come out on a weeknight and support this cause,” said Gochnauer.

Just last month at IUPUI, students held a peaceful protest after an increase in reported attacks, including one right outside a dorm.

Students are now calling on the school to install cameras in every stairwell, hallway and elevator.

Just a couple weeks ago on IU's Bloomington campus, students shared concerns about a lack of information from police about a rise in assaults, about two dozen incidents were reported just in the last two months.

Current police reports reveal when assaults happen, along with vague location descriptions. Police say this is standard practice to protect the people reporting these attacks.

According to Rainn, 13% of students experience some kind of sexual assault during their time at school, and more than half of college assaults happen around this time of year, between August and November.

The group It's On Us works to combat assaults on campus through awareness and education. Right now, Purdue's campus in Lafayette and Indiana University in Bloomington both have local chapters.

If your campus isn't enrolled, you can still use their website to sign up and get educational tools and resources to report and help survivors of abuse.

They also offer tips for self-care after an assault.