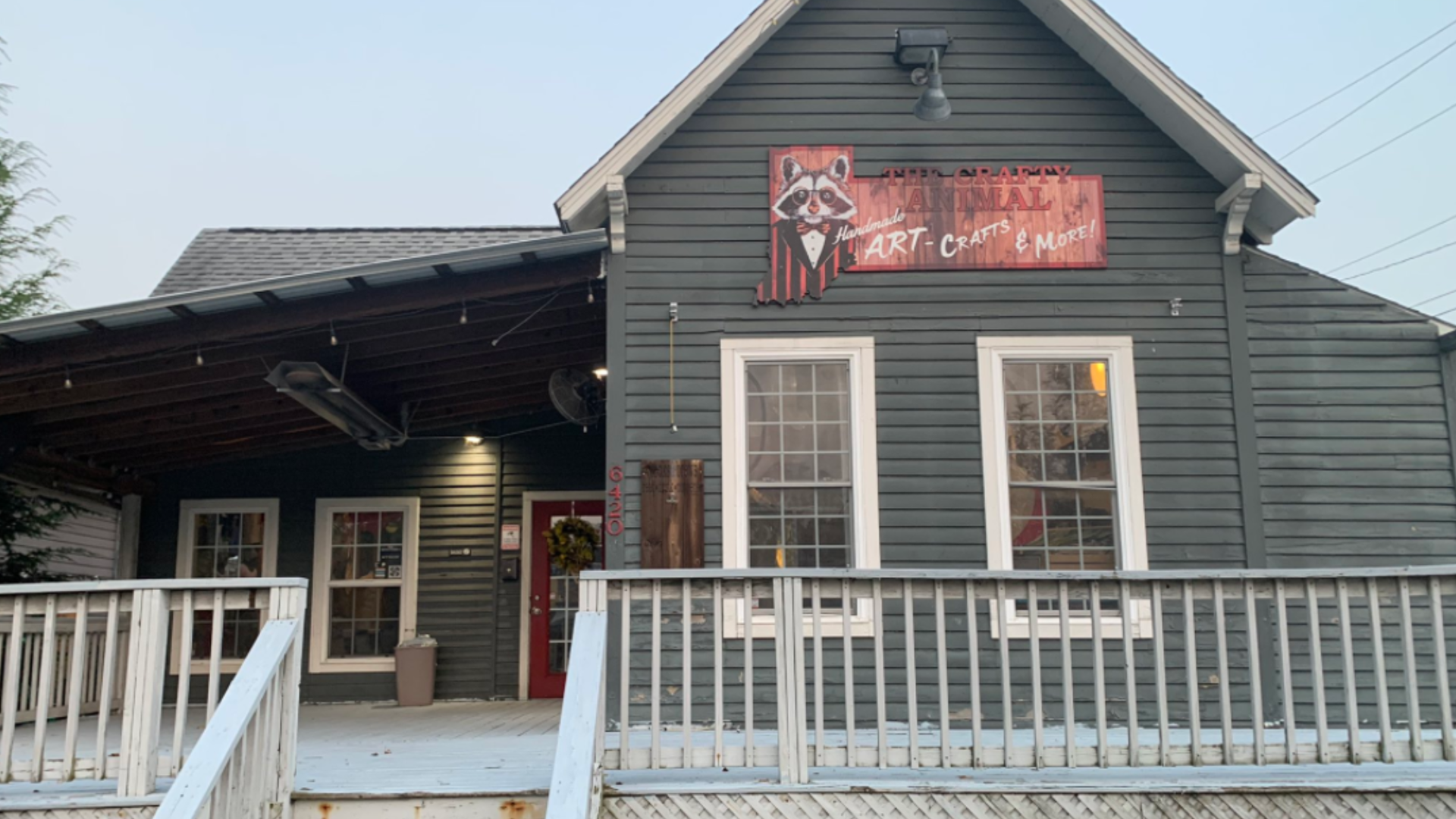 INDIANAPOLIS — Audwynn Newman’s work is everywhere in Indianapolis. He's created state cut-out silhouettes that are splashed with bright colors representing people's favorite town, state, sports team, musician and more. It's the type of art you have to look at up close to notice all the symbolism and details that he's hidden within the pieces.

Newman wanted to utilize his platform to help other artists throughout the Midwest, especially in Indiana. So, he opened a store in Broad Ripple called The Crafty Animal. It's located on Cornell Avenue between 64th and 65th streets. The soft launch is being held on Saturday from noon to 8 p.m.

"[The store] is basically a combination of artists and makers I’ve met over the past five years, coming together to sell their products to the masses," Newman said.

Most of the artists are from Indiana and a few are from Michigan and other states in the Midwest. But everything is handmade.

“Nothing is resale. If someone has a [vinyl] sticker that you can put on a water bottle, that sticker is made from an image that the artist conceived,” said Newman.

The name is rather unique, and it originated from a news story.

“It’s called 'The Crafty Animal' because it’s based on an animal that climbed a high rise in Minnesota,” said Newman.

The raccoon managed to climb the high-rise for several days. Newman watched this story around the same time he was dreaming up his store and while he was watching, he turned to his wife and said "that's a crafty animal," and a spark was ignited.

“It’s 'The Crafty Animal' because it’s a group of crafty people coming together with a purpose to push art forward,” he added.

Over 25 artists are currently represented in the store with several more on deck.

“We have people who do stained glass and letter art and jewelry, but it’s all handmade and artisanal,” said Newman.

Plus, all the pieces have a story, whether it’s jewelry made from bullet casings from the Civil War in Ethiopia or bourbon boxes made from old ammunition containers used by U.S. troops.

The store, however, is much more than just a retail space.

“There are a lot of people who want to take that leap and be an artist either part-time or full-time,” said Newman. “So, I want to provide a venue for them to have that opportunity. I’m going to have classes where the artists can [teach] the class."

Newman plans to make the space a place for mentorship and the community by providing an incubator-like space for artists to test the market and build their confidence.

“I’m also going to provide people an opportunity to set up a tent on weekends so they can sell their work and test the waters," said Newman.

He also wants to help light the ambers of curiosity in the next generation.

“In schools, art is probably the first thing that gets cut, so I want to offer young makers resources, a place for kids to express themselves with art, to have a venue to sell that stuff, so we want to do a young makers craft fair,” added Newman.

The Crafty Animal is here as a space for both local artists and art lovers everywhere.