Next Door American Eatery underwent some major changes during the shutdown, from the decor to the menu. 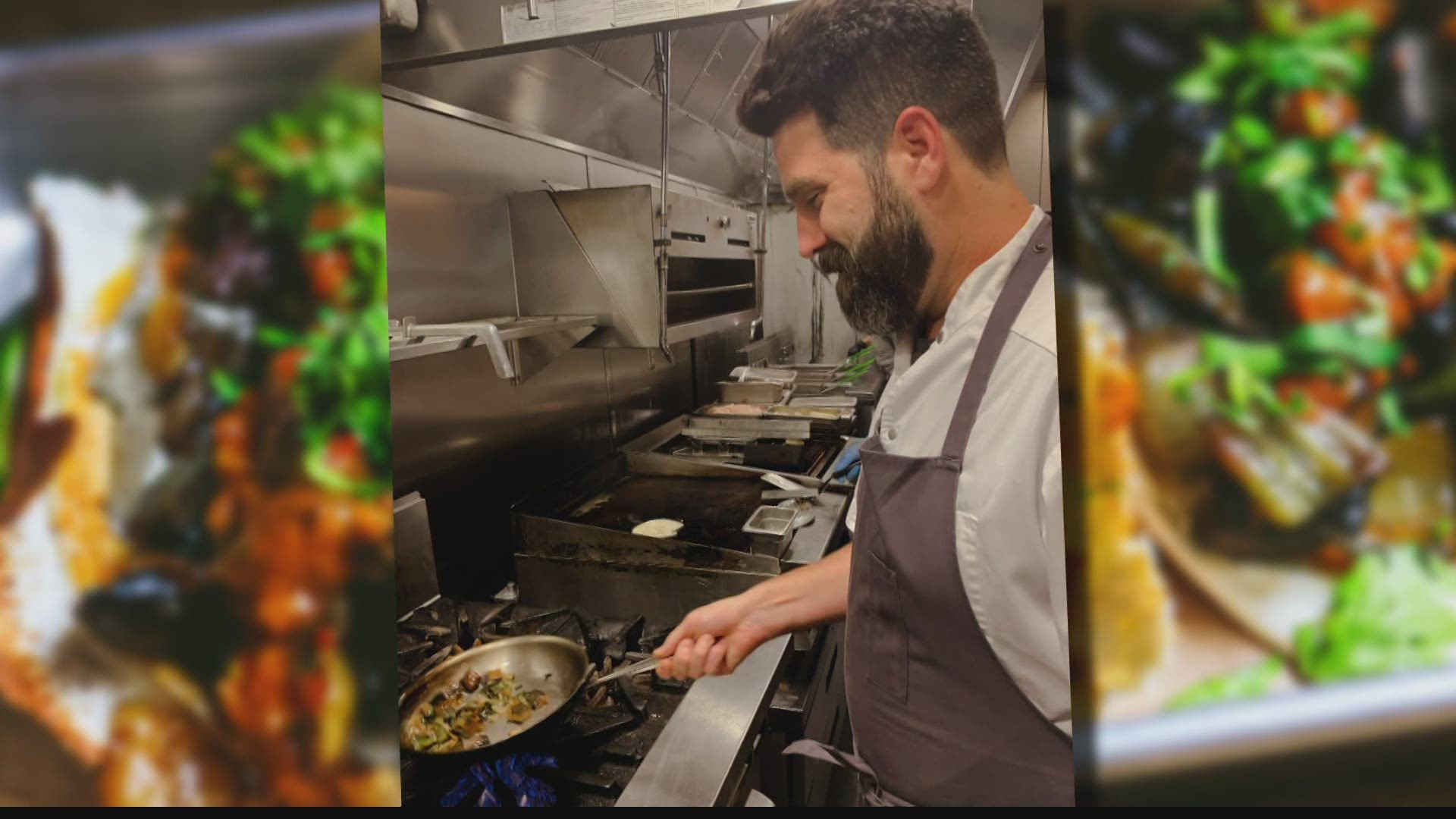 INDIANAPOLIS — The coronavirus pandemic forced many central Indiana restaurants to close their doors, some for good.

But a popular restaurant spot in Broad Ripple is getting somewhat of a practice run during a soft reopening ahead of its grand reopening in just a few days.

The director of culinary at Next Door American Eatery, Michael Bertozzi, had just started at the restaurant before the pandemic forced them to shut down like so many other restaurants. So, he's counting on Monday's grand reopening being a success.

Bertozzi started pursuing culinary arts at a young age and started shadowing some of the industry's best-known chefs. But not even knowing how to fix the best dishes in the world could stop what happened to restaurants nationwide in March 2020.

"Restaurants were hit very hard by the pandemic," Bertozzi said.

The kitchen is where life happens for Bertozzi. He oversees firing things up again at Next Door American Eatery in Broad Ripple. For Bertozzi, it's been a serious opportunity to be out with the old.

RELATED: Get a taste of summer in Indy with Yelp's 5 new summer food and drink trends

Bertozzi and his team's biggest hope is coming Monday when customers will again experience the eatery's patio dining atmosphere. Next Door American Eatery managers used the shutdown to re-invent the menu.

"Definitely, our menu speaks to that. It's kind of like globally inspired," he said.

Closing the doors in March 2020 not only had an impact on their employees and the returning staff, but customers, too.

"For someone who's been in restaurants since I was about 15 years old, not being able to eat and dine has been hard," said Bertozzi. "I can eat at home, and yes, my wife is a fantastic cook, but there is really no comparison to that."

The restaurant staff will feature Indianapolis native Yussef Abdelhak as the new general manager and Joseph Tabor as the restaurant’s new head chef. To accommodate the reopening, Next Door is actively recruiting servers, cooks, hostesses and other positions, with plans to have a staff of at least 40 employees. All new hires will receive a $1,000 signing bonus. People interested in a career with the restaurant can visit the restaurant's website to view all openings.

The restaurant shares its full menu at NextDoorEatery.com.

Although Bertozzi and his team are preparing for a big, grand reopening on Monday, even his weekends away from Next Door involve cooking.

"You'll find me in front of a smoker most Saturdays," he said, "when the weather is nice."