A shortage of staff and supplies is slowing establishments down as the county allows 100-percent capacity. 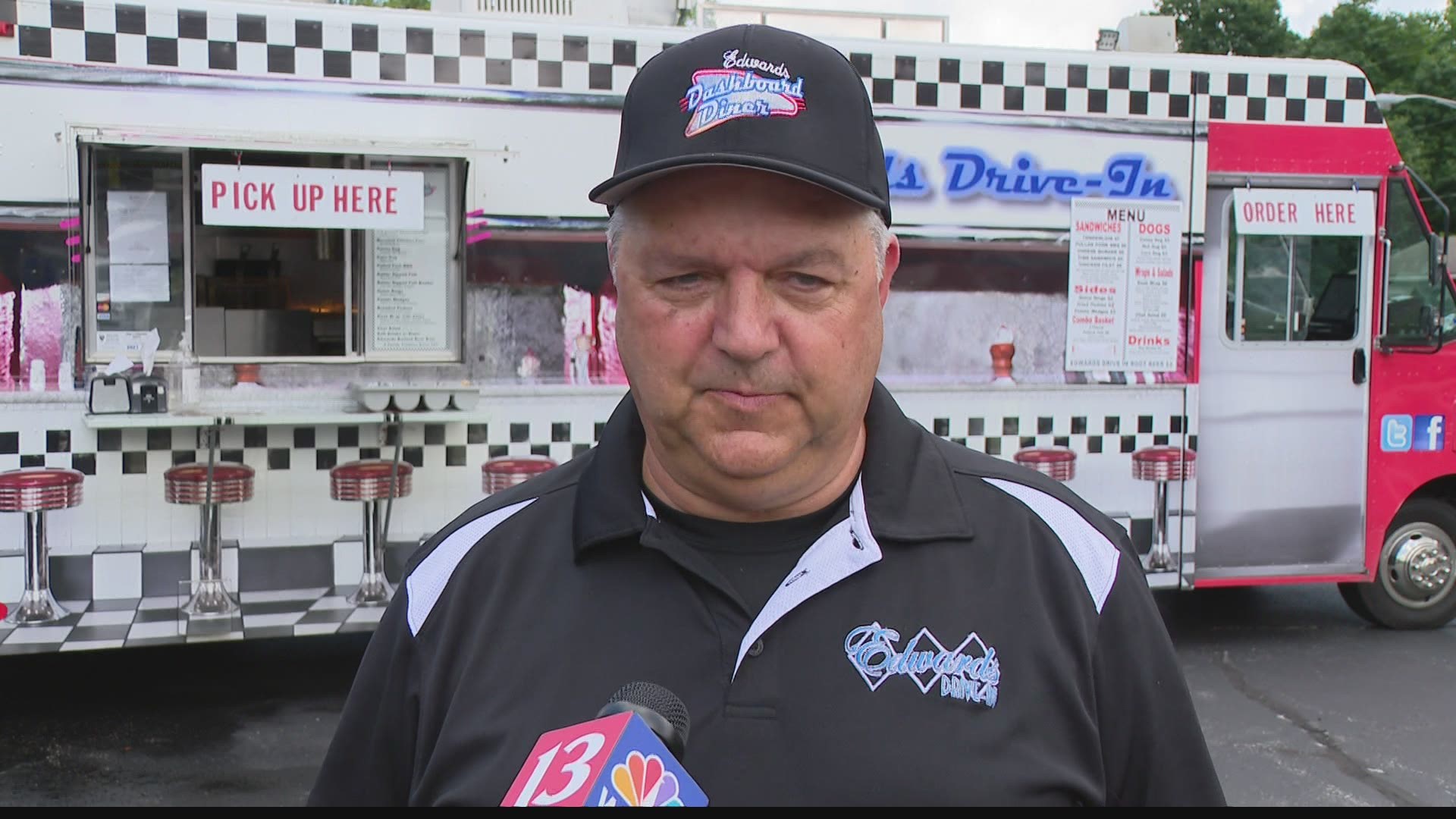 INDIANAPOLIS — Edwards Drive-In was hopping Thursday afternoon with no shortage of customers.

"It's pretty exciting to get back to 100%. It's been a long time coming," said owner Jeff Edwards.

Thursday marked the day Marion County lifted nearly all of its remaining COVID-19 restrictions from social distancing to capacity requirements. (Masks are still required at hospitals, the Indianapolis International Airport and on IndyGo buses.)

A big milestone to be sure after nearly 16 months of restrictions, but many businesses still face challenges, most notably a shortage of employees

It's why his restaurant is still closed on Mondays, with no plans to change that any time soon.

Dan Krzywicki, co-owner of Chilly Water Brewing Co., said while it's looking like "the light at the end of the tunnel," the labor shortage continues to be an issue.

"In the service industry, we're not alone, we're hiring at every position," he said. "If you look at every brewery, bar and restaurant it's the same sign, 'Hiring.'"

Krzywicki added it's not just about finding workers, but given all the competition, ensuring customers get the best service.

"We do have to be on our game," he said. "Because every other place is open now and if (customers) have better service down the street, they're going to go there."

The city's Capital Improvement Board, which oversees the Indiana Convention Center and Lucas Oil Stadium, is also in need of workers.

Capacity at those venues jumped from 50% to 100% Thursday. As events return to those venues, the CIB needs to fill all sorts of positions. That's why it's planning a job fair in two weeks.

Hotels such as the JW Marriott are also heavily recruiting employees.

"Sales are coming back faster than the staff. We've gone back to try to recruit everyone we can to our property, but there's still a gap," said Phil Ray, general manager of the JW Marriott.

He said despite offering incentives, it's still challenging as other hotels "are trying to get the same audience of people to come work for them."

There are also places that haven't yet opened or will be opening for the very first time. That includes the Kan-Kan Cinema and Brasserie. The art house cinema and restaurant just northeast of downtown, was supposed to have it's grand opening in mid-March of last year.

"We were literally a day away from our first event on March 14 and we closed. We saw it coming fast," Louise Henderson, executive director of the Indianapolis Film Project said.

While the Kan-Kan quickly went virtual when the pandemic hit and was eventually able to open for private rentals, it has yet to open to the public. The grand opening for the restaurant and theater is now set for August 18.

"We have to recruit, hire and train them and we've got to get all the equipment up and going," she said. "So, we are busy getting ready and so excited to welcome the public finally through our doors."

Edwards noted the challenges of reopening aren't confined to workers, but various shortages of food and supplies. Unable to predict how long that will last, he urged people "to be patient and be happy we get to do what were doing right now."

That being finally getting a taste of normalcy again. 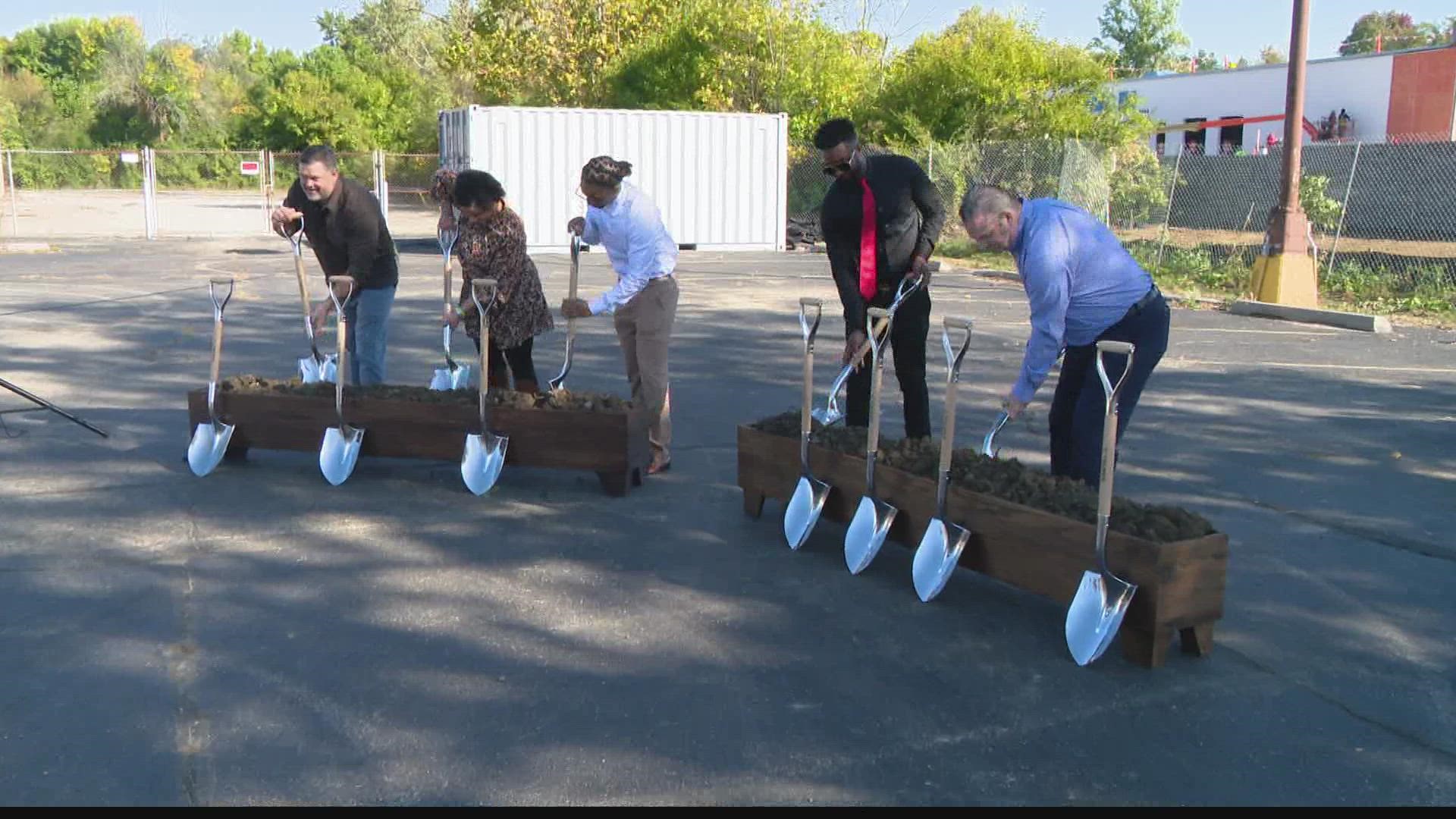