The artists behind Indianapolis' Black Lives Matter mural have come together to showcase their talent and passion for community change through art. 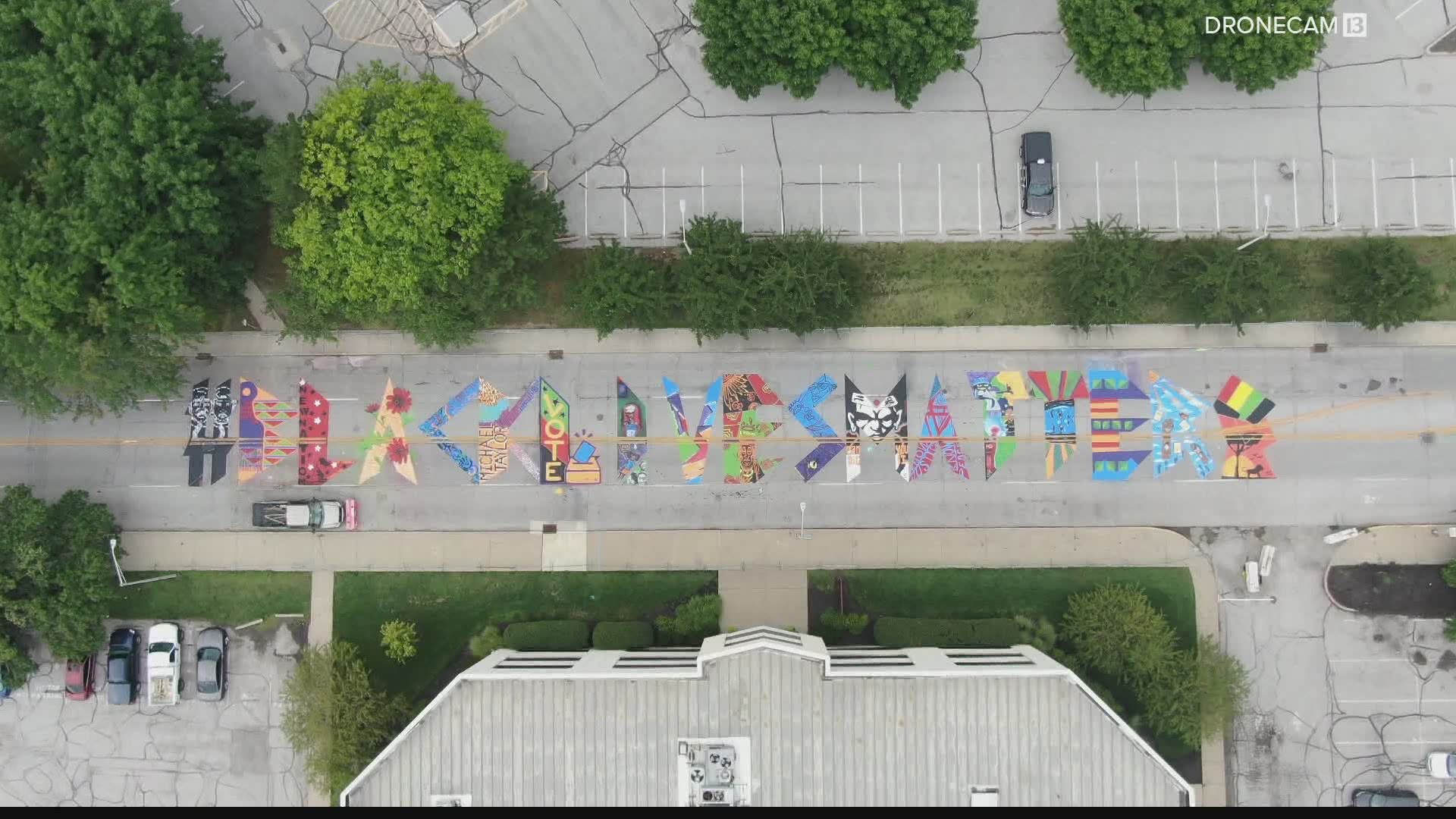 Prior to creating the mural on Indiana Avenue in the summer of 2020, many of the 18 artists had heard of each other through various circles but they didn’t know each other very well.

“I had no idea that there were that many black artists here in the city and it was great to meet these new people and form these new relationships,” said visual artist Rebecca Robinson.

But meeting and taking a stand against racial injustice through their passion or art was just the beginning.

A few months later, all 18 were invited to each showcase their own work at a gallery showing in November at the Indianapolis Art Center in Broad Ripple.

While hanging out to celebrate their showing at the Indianapolis Art Center they decided to take a vote. It was unanimous, and now they’ve just launched a collective called "Eighteen" as a result of the vote.

“We all do have our own individual careers and aspirations and goals, and we’ve committed to working together for the creative community and the public alike,” said visual artist Kyng Rhodes.

“Although doors are being opened for us, we’re hoping to open doors for others,” said Mims.

“We have several showings coming up,” said Rhodes. The first gallery showing for the collective will be in August at the Indianapolis Art Center.

Robinson said this showing will be bigger than the one in November of 2020. “Each artist will have several pieces,” and they’ll have more space to showcase their art as a collective.

Each artist has their own individual style, medium, and their work covers a wide range of themes and topics not just racial equality.

“Pretty much our art is for anybody, it’s for any art lovers out there,” said Mims.

“We want to work with the community there are a lot of abandoned buildings on the east side that could be turned into murals or artists galleries,” said Rhodes.

Eighteen is now officially an LLC, but to its members it much more than just a collective

“Eighteen it means camaraderie to me. That number, from here on out, is always going to trigger my brain to this group,” said Mims.

The Eighteen is hosting a launch party that’s open to the public on Saturday celebrating that they are officially an LLC.

Eighteen has merchandise and art available for purchase.