More than 150 dogs and cats at the old Humane Society for Hamilton County in Noblesville were moved to a new facility in Fishers. 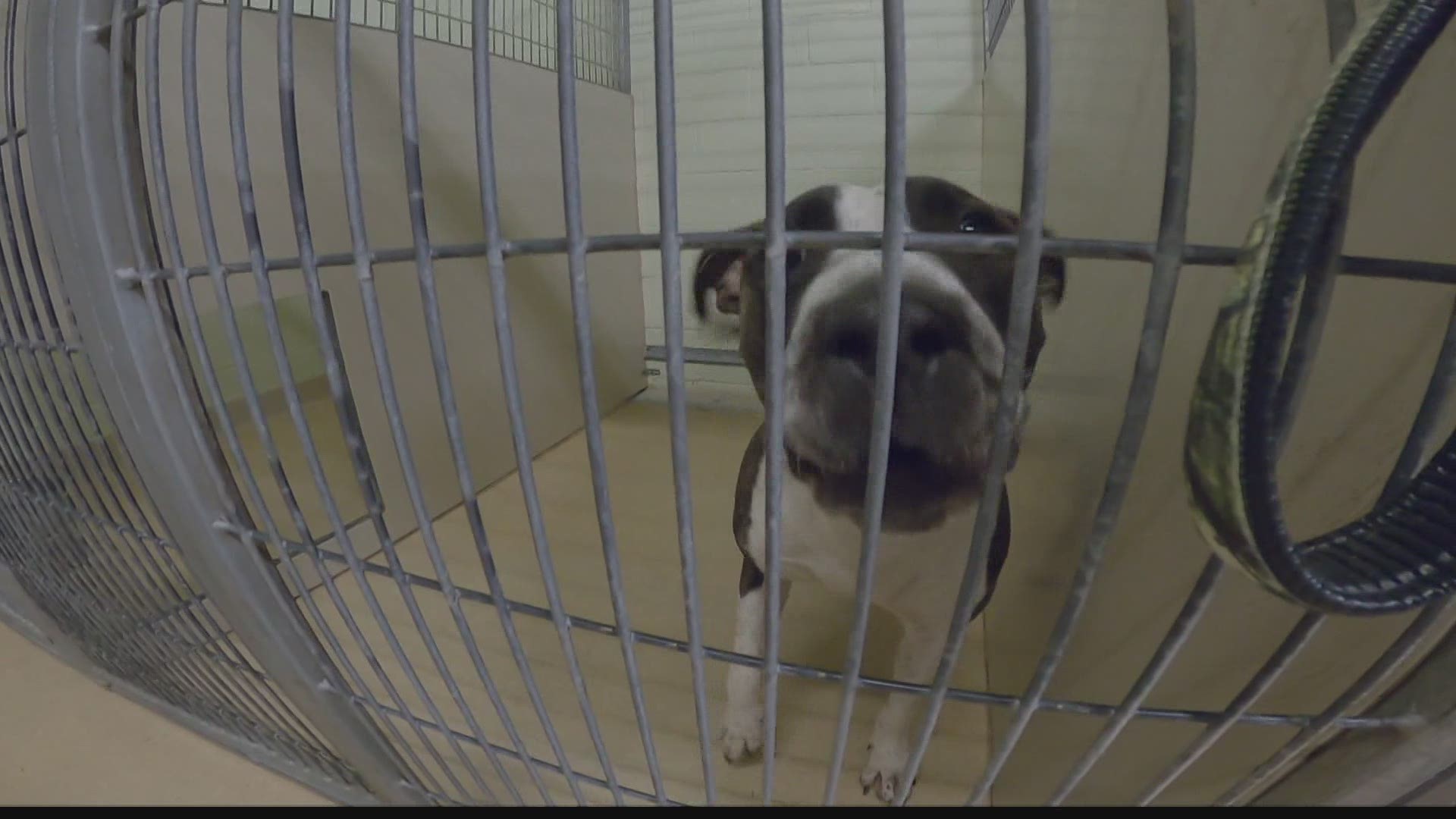 HAMILTON COUNTY, Ind. — It was a move in the making for more than a decade.

Late Wednesday morning, more than 150 dogs and cats at the (now old) Humane Society for Hamilton County in Noblesville, were loaded up one-by-one into vehicles of 50-plus volunteers.

Pointing to the cat carrier in the back of her car, Becky Clifton said, "This is Miss Willa. She's a little scared right now. A lot of them don't understand what's going on."

Miss Willa was about to go for a ride to her new temporary home, a new $12 million animal shelter in Fishers.

Others jumping into cars, dogs like Desoto, were thrilled to go for a ride.

"I feel excited, really happy knowing they're going to a better building facility," Hendricks said as Desoto nuzzled him from behind. "He's been here for a little while and I would love to see him adopted. He's such a good boy."

It was time to leave a place too old, too small, and too outdated for current-day needs. But moving 150 "residents" all at once required a plan, while there were a few hiccups, like finding a kennel for one of the dogs, the move pretty much went off without a hitch.

Sweetie, a terrier, American pit bull mix hopped in the back of Sara Wright's vehicle, tail vigorously wagging, for the 8-mile drive to the new facility in Fishers.

Wright works at the Humane Society.

"It's been a long time coming and I'm beyond thrilled to see the fruition of everyone's hard work," Wright said.

Hamilton County sheriff's deputies provided a police escort, sounding the siren as they turned out of the parking lot onto Pleasant and over to 10th Street.

Many of the vehicles' windows were marked with paw prints and messages such as "On to our new journey," and "Come see us at 10501 Hague Road."

In the meantime another group of staff and volunteers were gathered at the new shelter, making sure kennels and cat rooms were ready for use.

As the first animals arrived, there were cheers and applause.

"There you go Doots, you made it," one volunteer shouted as the dog at the end of her leash ran into the building.

"Come on good girl," another volunteer smiled as she led a senior dog up to the entrance.

It has spacious indoor-outdoor kennels with glass doors instead of bars, play areas, multiple adoption rooms, and so many other amenities.

HSHC Executive Director Rebecca Stevens, the force behind the new shelter, was overcome with emotion talking about it.

"My dream was to build a place that was state of the art and a destination for people," Stevens said. "We're no longer a jail or where you throw things away. This is a place where animals can come and have a quality of life while waiting for their forever homes, and the community can come and feel a place filled with love and life, because it is."

The Humane Society launched the capital campaign in November of 2018 raising the necessary $12 million within a year. The Steven J Cage Foundation, Samerian Foundation, Dr. Mark and Vanessa Roth and the Hamilton County Commissioners and Council were all lead contributors.

The shelter will officially open to the public on April 8.

However, it will continue accepting Hamilton County's stray and unwanted animals during the transition time.