How to avoid your absentee ballot from being rejected

13News spoke with election officials in Hamilton, Marion and Hendricks counties to understand the most common errors that lead to absentee ballots being rejected. 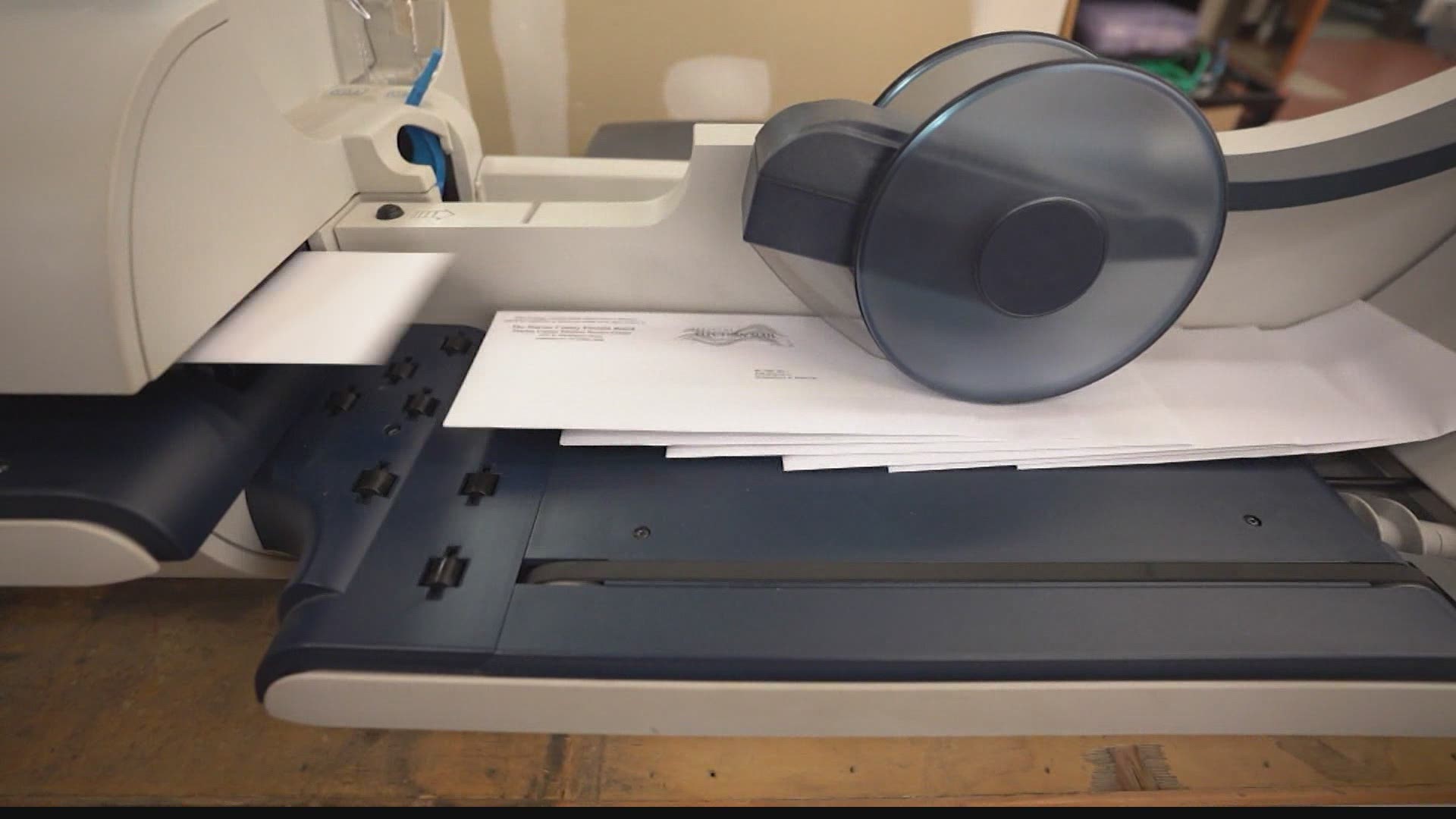 INDIANAPOLIS — As more than a quarter million absentee ballots are being processed and mailed to Indiana voters this week, election officials know some of those ballots will be tossed out and not counted.

“We never want to see a ballot rejected, but that does happen for a number of reasons,” Marion County deputy clerk Russell Hollis told 13News.

The secretary of state’s office says it does not track the reasons why those ballots were disqualified, but county clerk offices do track that information.

This week, 13News spoke with election officials in Hamilton, Marion and Hendricks counties to understand the most common errors that lead to absentee ballots being rejected – and how to avoid those mistakes.

“The problem, I think, a lot of times starts with their absentee ballot application,” said Hamilton County election administrator Beth Sheller, who explained there are three main mistakes that could result in you not getting your absentee ballot at all.

Voters applying for an absentee ballot often forget to sign their application, accidentally write in their wrong date of birth, or don't explain the reason they're not voting in person.

“Those things are required by law,” Sheller explained. “It's a very simple form but I think people just rush through it.”

Most often, those types of errors are flagged by staff or volunteers in county clerk offices, who then reach out to the applicant.

“Any time we get an application back that we see something wrong, we try to reach out to the voter to get it corrected before election day," Sheller said.

Election officials say mistakes are more frequently made once voters receive their absentee ballot. These are the most common mistakes made by Indiana voters and how to avoid them:

The biggest mistake, by far, is not signing the return envelope that accompanies your absentee ballot.

In Hamilton County, where 1,143 absentee ballots were rejected during the June primary, half of those ballots (569) were disqualified due to a lack of signature.

“That’s the biggest issue. You have to have a signature on your ballot,” Sheller said.

Many of the 1,807 ballots rejected in Marion County during the recent primary had the same problem.

“Unfortunately, a ballot would be rejected if it’s lacking a signature. That signature is required by state law,” Hollis said.

Hoping to reduce the number of rejected ballots for the general election, county election offices are taking additional steps to draw additional attention to the signature requirement.

Marion County is adding additional instructions with each absentee ballot mailed to voters. Hamilton and Hendricks counties are highlighting the signature line on each return envelope as an extra reminder.

“We got a ‘sign here’ red stamp that’s got a big arrow that points, and we stamped that beside every voter signature [line]. Hopefully they’ll see that even if they don’t read the instructions,” Sheller said.

SOLUTION: Take your time when filling out your absentee ballot, follow all instructions and sign the proper space on the return envelope.

If you forget to sign but return your ballot to your county clerk’s office early, election staff will probably notice the problem and contact you prior to election day to fix it. If you return your absentee ballot right before election day, it is less likely that election workers will be able to contact you in time to correct the mistake so your ballot can still count.

Signing your ballot is not enough. That signature must match the signature on the application submitted to get your absentee ballot.

“We do check to make sure the signatures look alike,” said Hendricks County clerk Debbie Hoskins. “We need to know the voter who requested the ballot is the voter that actually received it and signed it.”

Mismatched signatures happen for a variety of reasons. According to Sheller, some of the most common mismatches occur when:

“We're not picky as far as … he signed Bob instead of Robert or the loop on his L is too big and doesn’t match. That's not what we're looking for,” Sheller said. “It doesn't have to be perfect by any means. We’re just looking to make sure the same person who requested the ballot is the one who got it.”

SOLUTION: Don’t request a ballot for someone else. Sign your ballot envelope the same way you signed your ballot application to help ensure your ballot is not rejected.

If election workers spot a noticeable discrepancy in signatures, they may reach out the voter if there is enough time to do so.

Returning your absentee ballot sooner than later increases the opportunity to correct any problems that are identified.

MISTAKE: Missing the deadline for returning your absentee ballot

More than 40 percent of ballots that were rejected in Hamilton County during the 2020 primary arrived at the clerk’s office a little too late.

“They came in after noon on election day, and a lot of them were the next day so they barely missed the deadline,” Sheller said.

“That’s really unfortunate and it does happen,” added Hoskins, who received dozens of late primary ballots at her office in Noblesville. “We must receive the ballot by noon on election day. If not, we can’t count them.”

Election officials strongly urge voters not to wait until the last minute to return their completed ballots. Under current law, ballots received late must be rejected and cannot be counted.

“As soon as you get your absentee ballot, go ahead and complete it and get it back to us as soon as possible,” Hollis said, also pointing out that voters have multiple options when it comes to returning their absentee ballots.

SOLUTION: Mail your completed ballot to your county clerk as soon as possible.

You can check on the status of your absentee ballot and whether it was received by logging into your personal voting portal on the state’s voter registration system.

Consider delivering your ballot in person to your county clerk’s office, an early voting site or a polling place on Election Day if you are not able to put your absentee ballot in the mail at least one week before election day.

Statewide, about 1.4 percent of Indiana’s 640,225 absentee ballots were disqualified during the 2020 primary election.

Some counties had higher rates – 2 percent in Marion County, 3 percent in Hamilton County and 4.5 percent in Hendricks County – while others rejected no absentee ballots at all.

Indiana residents who wish to vote by absentee ballot must request their ballot no later than October 22, although election officials strongly urge voters to submit their application long before that deadline.

You can submit an online application here.