The United States Postal Service is trying to break through with a message about mail-in voting. 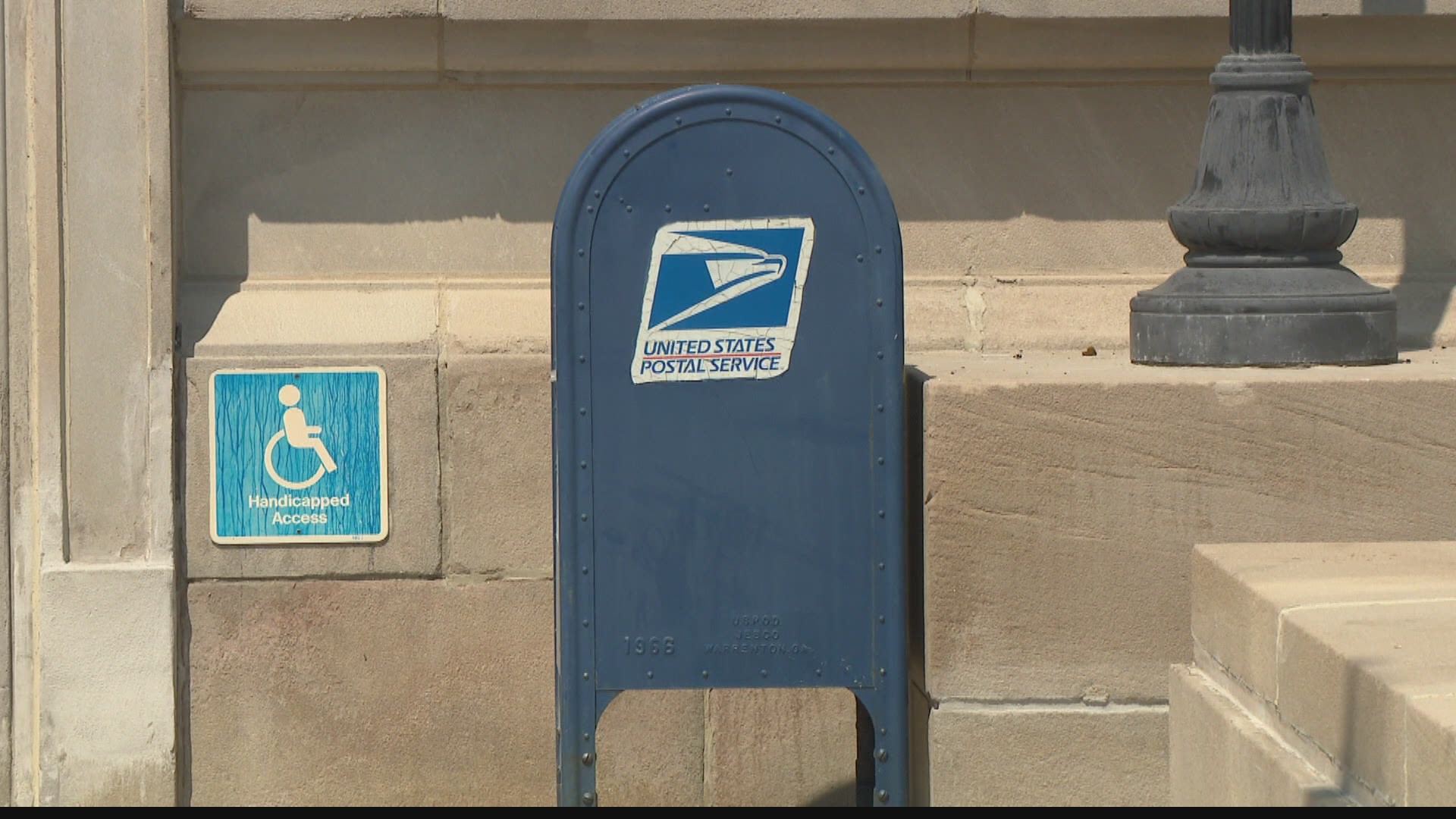 INDIANAPOLIS — There's a new voice this election season and it's coming from an unusual source.

The United States Postal Service is trying to break through with a message about mail-in voting.

13 Investigates reports on how the postal service is trying to reclaim it's reputation, in the midst of politics.

The USPS is running its own campaign of sorts. Only this one is about winning public trust.

A promotional spot hit the airwaves on WTHR Monday morning. With a backdrop of mail vehicles, postal workers and flags, a narrator for the USPS proclaimed:

"The United States Postal Service is here to deliver your packages and the peace of mind of knowing that important things like your prescriptions and ballots are on their way. Everyday. All across America, we'll keep delivering for you."

Hoosiers are also getting promises from the postal service through the medium it knows best: the mail.

"We're committed to providing you a secure, effective way to deliver your ballot," reads the back of its nationwide mailing.

Credit: Sandra Chapman
The USPS sent this mailer to its postal customers to try to regain trust about voting by mail.

It appears the USPS is responding to the hot political debates this summer over the removal of processing machines and mailboxes and its role in mail-in voting.

"I think with some of the political things that are going on to try to erode the confidence in the postal service and our ability to do the job, this is the postal services ability to relieve those fears that people have," said Paul Toms, president of the National Association of Letter Carriers Local in Indianapolis.

The mailers also have a practical message: "If you plan to vote by mail, plan ahead."

It even provides a checklist. For some states where ballots are sent to every voter, the information in the checklist is problematic.

But the recommendations appear to apply for Indiana voters.

Voters are told to request absentee ballots at least 15 days before the November election.

And once the ballot arrives, they're urged to carefully follow the instructions before returning it at least seven days prior to the election.

In a statement, Mary Dando of the Greater Indianapolis Postal District said the intention was to provide, "general guidance allowing voters who choose mail-in voting to do so successfully, regardless of where they live and where they vote. Each state has its own approaches, rules, and deadlines."

For those who still question whether the postal service is up for the election, Toms told 13 Investigates the service delivers billions of holiday cards each year and can certainly handle mail-in ballots, which amounts to a fraction of that volume.

The 130 million refers to the total number of registered voters nationwide. That means the number of absentee ballots sent through the mail would be even lower.

The bottom line from the United States Postal Service: "We're ready to deliver for you. Make sure you're ready, too."