Rural voting by mail has a favorable, but imperfect, record

One rural Indiana county saw voting by mail increase by 1,300 percent in June's primary, but did they encounter any problems? 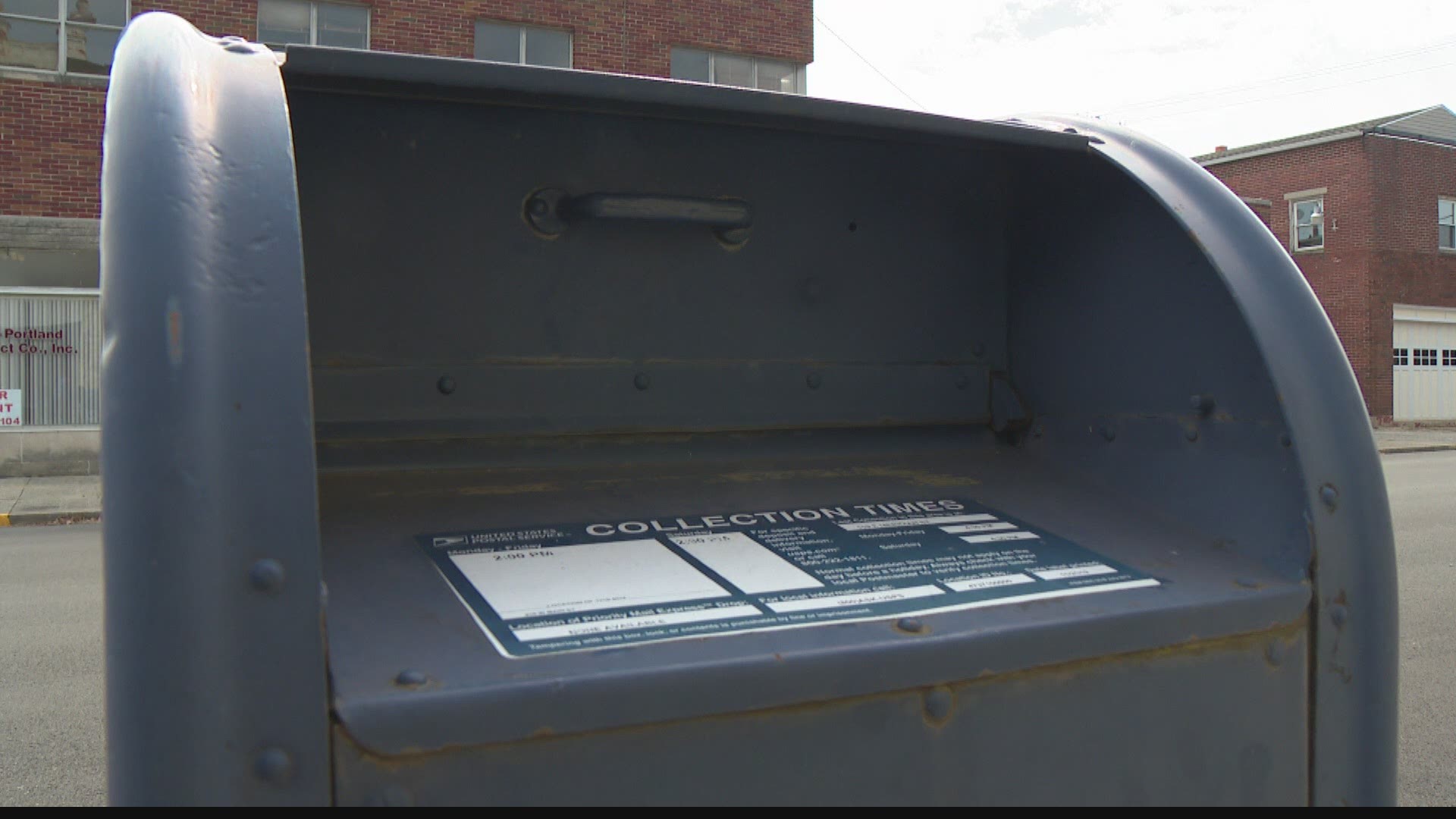 PORTLAND, Ind. — The general election is just two months away and county clerks across Indiana want to make sure every vote counts.

Voting is a big concern in rural counties in Indiana. There are 900,000 rural Hoosiers that make up 14 percent of the state's population. An increasing number of voters in remote areas opt for absentee ballots.

Quite often, ballots from rural areas travel a lot farther for mail processing.

So what are the odds of a mail-in vote getting off course?

13 Investigates examines that question and the path of one that took a wrong turn.

It happened in Jay County, one of Indiana's most rural counties, where cornfields tower between winding two-lane roads.

The population is just 21,000 and Portland is the county seat.

On any given election, Jay County would boast of ten polling places. But the June 2 primary, was unlike anything election officials had encountered before.

In the midst of a global pandemic, the number of voting sites was reduced in half, and absentee voting was at an all time high.

In the 2016 presidential primary, just 84 people voted by mail. But in the June 2020 primary, absentee ballots increased more than 1,300 percent.

"I thought we did very well. We had no idea what was going to happen once the virus came," said Jay County Clerk Jon Eads. "We sent out over 15 hundred by-mail ballots. We received back 1,216 of those."

According to the clerk, of the ballots returned, less than 1 percent did not count towards the primary election.

In just about all of the cases of denied ballots, the voter failed to mail it back in time.

But something else happened to one particular ballot that was brought to the attention of 13 Investigates by individuals with knowledge of state-wide voting.

13 Investigates learned a ballot mailed in Jay County ended up hundreds of miles away in another state. The ballot had mail postmarks to prove it.

13 Investigates took the information to Eads, who had not talked about the "one-off" mishap publicly.

"It's never happened before," he said.

Eads has been in charge of elections in Jay County since 2016.

He said he was surprised by what happened to the ballot submitted by 86-year-old George Horn of Portland.

"My first impression was, 'why in the world did it go to Des Moines, Iowa?'" Eads said.

He admitted he knows the mishap will raise questions on both sides of the mail-in voting debate.

"I have no idea why it went to Iowa, but it has a postmark of Des Moines, Iowa on it," he explained. "Being a rural community, I know that our mail is not sorted here."

Even though there's a post office in Portland, the mail processing center that handles Jay County's mail and ballots is more than several counties away.

13 Investigates pieced together a timeline of what happened to George Horn's ballot.

Credit: WTHR
George Horn's absentee ballot was sent weeks before the June 2 primary. The routing notations on the envelope show that the letter was in Des Moines before eventually making it to the Jay County Clerk's office days on June 5.

It all started about three weeks before the election.

On May 14, the Jay County Clerk's office sent George Horn a ballot as he requested.

By May 17, Horn voted, signed and sealed the ballot and put it back into the mail.

The pre-addressed stamped envelope is provided to prevent ballots from being sent to the wrong location.

On May 20, Horn's ballot arrived at the Indianapolis Mail Processing Center and is time stamped.

But sometime between May 21 and June 4, Horn's Ballot turned up at a mail processing center in Des Moines Iowa.

It was eventually rerouted back to Indiana.

"I think maybe the mail got stuck with another piece of mail. That's how it ended up in Iowa," Eads surmised.

It's was put into a file, but his vote did not count. It missed the cutoff to the June 2 election by three days.

"It was due at noon on election day and since we didn't receive it by noon, by state statute, we cannot count it," Eads explained. "It's unfortunate, but that's how it has to be."

For two and a half months, George Horn had no idea his ballot had taken a wrong turn.

Under Indiana election law, clerks don't have to tell you if your vote did not count.

But once 13 Investigates started asking questions, Eads notified him.

13 Investigates called Horn as well and spoke with him from his front porch, as he sat inside his home.

"Did you have any idea that your vote didn't get counted?" asked 13 Investigates reporter Sandra Chapman.

"Did you know that your ballot went to Des Moines, Iowa?" Chapman continued.

"That's what he said...Yeah," replied Horn, referring to his recent conversation with the Clerk. "It wasn't right."

Like everyone else, Horn just wanted to know how it happened and why the mistake wasn't caught in time.

All across the country people are taking sides on absentee voting.

Some claim the postal service can't handle the volume and question a system that relies upon the USPS.

While others argue the USPS can handle the influx with well maintained sorting machines and adequate staffing levels.

"If they're put in the mail, they're going to get where they need to go," said Paul Toms, Local Union President of the National Association of Letter Carriers in Indianapolis.

We asked Horn about the possibility that his ballot didn't get sorted properly.

"Are you concerned about that?" Chapman asked.

"There's nothing you can do," Chapman responded.

Horn did everything right.

Despite what happened, he's still willing to try again in November and believes the odds are in his favor.

So what are the odds?

The odds of a ballot getting to the clerk's office in time is about as good as the odds of regular mail delivery.

13 Investigates reached out to other rural counties to see their statistics on absentee voting.

Adams County sent out 2,703 absentee ballots for the June 2020 primary and received back 2,315. The county rejected 9 of the returned ballots. In the 2016 primary, Adams County mailed 92 ballots.