Years after their mother died in a hit-and-run, two young sisters are at the age they want answers about the driver. 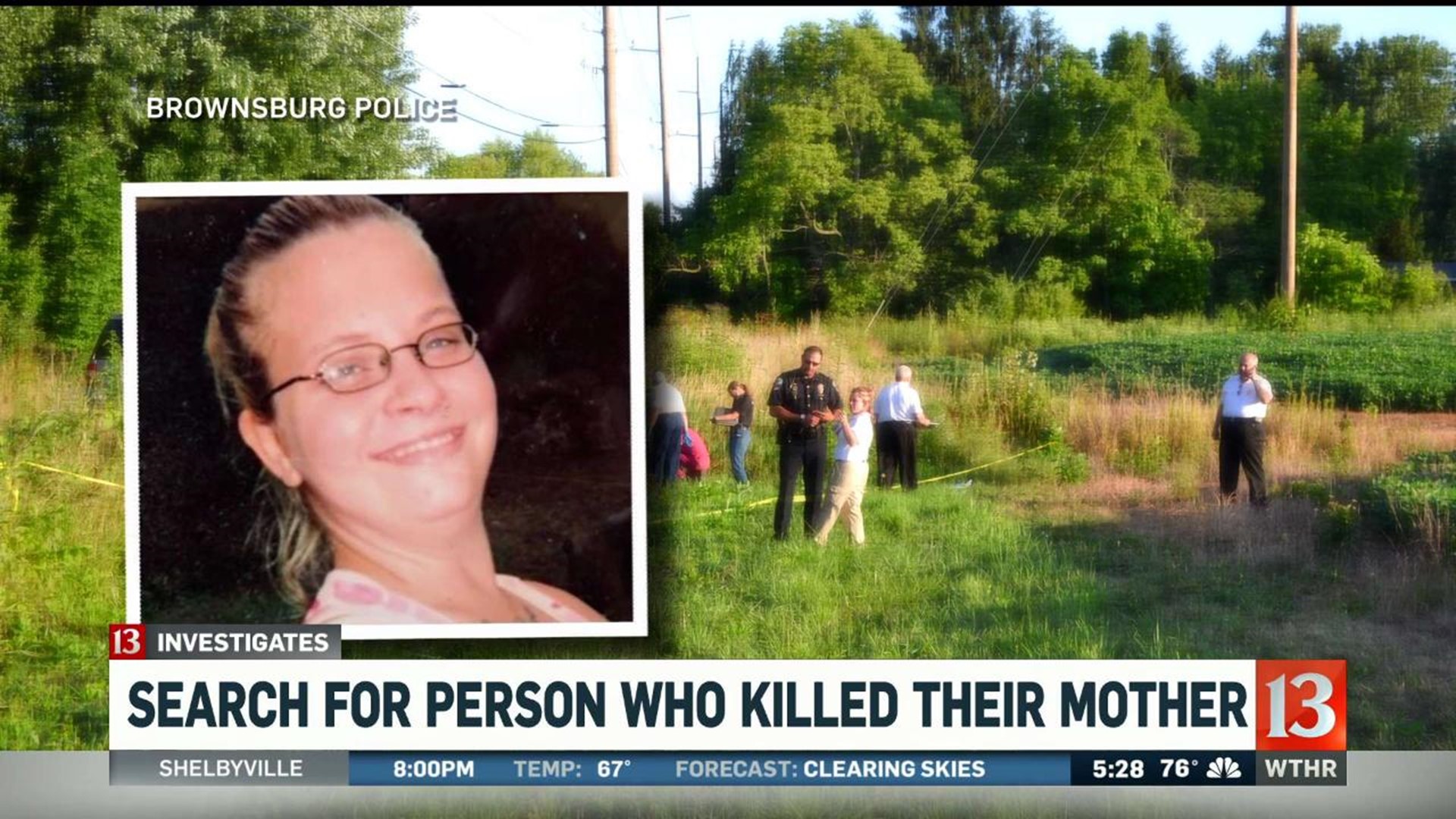 BROWNSBURG, Ind. (WTHR) — Years after their mother died in a hit-and-run, two young sisters are at the age they want answers about the driver.

Nikki Lanpher went missing and eventually someone discovered her body on the side of the road in Brownsburg.

That’s when detectives at The Brownsburg Police Department started tracking her whereabouts to learn what happened to the mother of two.

Her daughters Kierstyn, 11, and Kylie, 8, were too young to ask any questions then. But they are asking questions now.

During an interview with Eyewitness News Crime Beat Reporter Steve Jefferson, the elder sister described her younger sister while sharing photographs snapped not long before they lost their mother.

“This is a smaller (photo) version of my mom,” Kierstyn said.

Nikki Lanpher was kiilled in a hit-and-run in July 2013. (WTHR, Courtesy: Lanpher family)

The two sisters hold on to as much as possible about their mother six years after her death.

“This is what I know about my mother, this face, and this small short body," Kierstyn said.

The hit-and-run happened on July 19, 2013. The driver struck Lanpher as she walked home in the 2700 block of North Raceway Road. Her family reported her missing and feared the worse. Eventually someone called 911 after discovering her decomposed remains on the side of the road along Raceway Road. Brownsburg Police responded to the scene and eventually learned someone struck her with their car and kept going. An accident reconstruction team responded to the scene to try to piece together the chain of events based on the crime scene. Evidence technicians also responded to collect any possible evidence connected to what happened in a radius area of what they believe may have been the point of impact.

The case ended up assigned to Brownsburg Captain and Detective Jennifer Barrett.

Detective Barrett started working right away collecting as many leads as possible including any statements from witnesses who may have heard or seen anything in the area.

“These young girls deserve to know what happened to their mother,” Det. Barrett said. “They already have to grow up without their mother.”

Det. Barrett believes the driver knows he or she struck someone along Raceway Road. They believe it may have happened sometime within a week of finding her body. The coroner first used her clothing description to start the preliminary identification process. Eventually forensics confirmed the body found was Lanpher.

Her family placed a cross on the side of the road in her memory. They shared that she was walking home from work as she did often. She had a very close relationship with her daughters and her mother.

Now all the girls have are the memories that give them hope on fining answers about the driver. Although the sisters were only 5 and 2 years old then, there is still a hole in their hearts.

Their grandmothers heart hurts too.

“You Just learn how to live with that hole. We fill it with each other and the rest of our family. But there is still that piece missing,” said Rose Gagen. She and their grandfather now have full custody of the two sisters.

While hoping the driver is caught, the sisters love on each other, dance together and learn more about mom from photos and each other.

Their grandparents often have conversations with them to remind them of the type of person their mother was.

"That she was a wonderful person and She was nice and pretty," Kylie added.

Det. Barrett told Eyewitness News they have some evidence in the case but need that one anonymous tip to Crime Stoppers to find the driver who left the little girls' mother on the side of the road. They hope to hear from anyone who can provide even the smallest of clues.