Court documents say Gary Cecil Ferrell II murdered Promise Mays after he tried to force Promise Mays into the trunk of his car outside the new NHK plant. 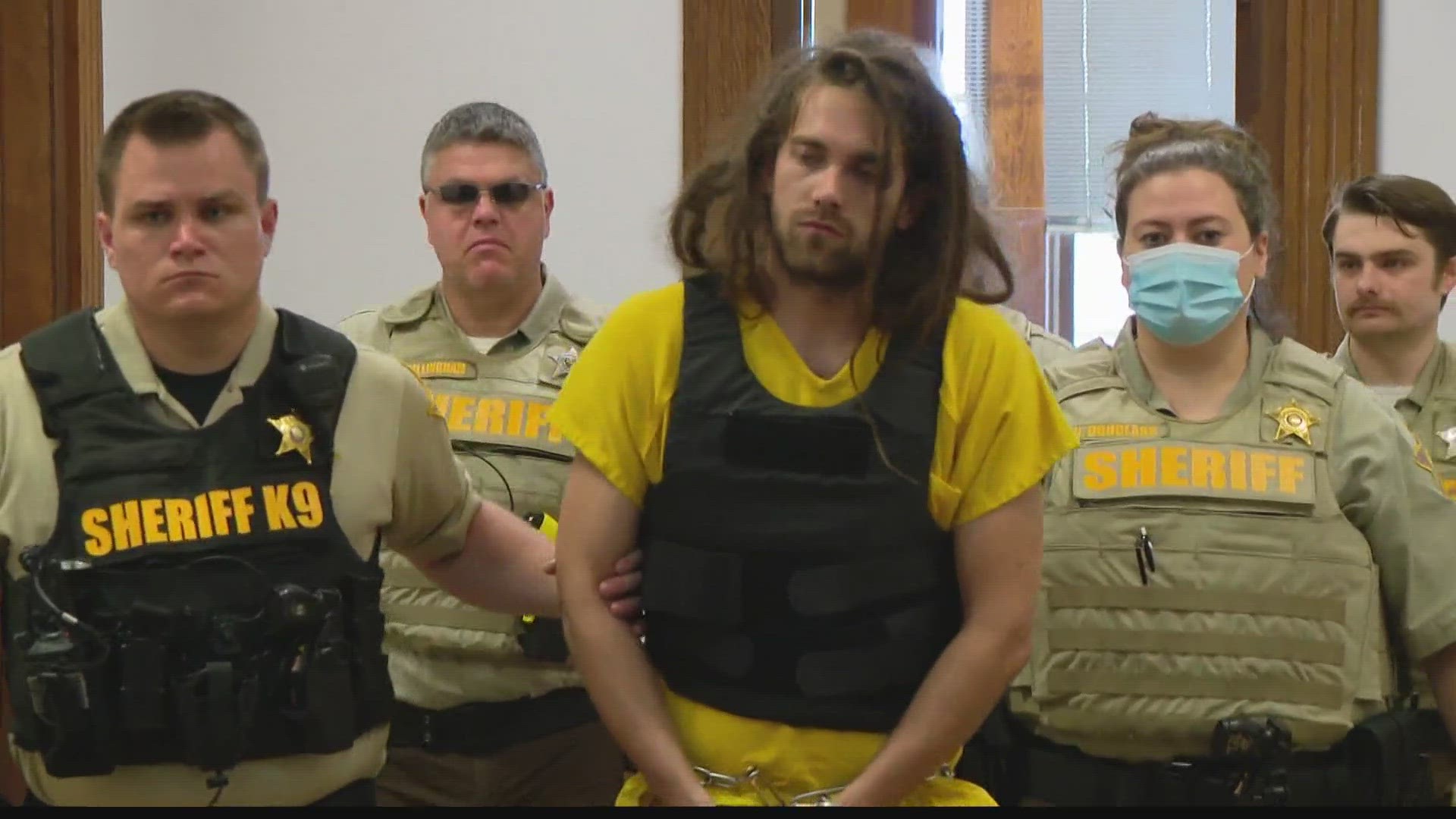 FRANKFORT, Ind — The Clinton County prosecutor is seeking the death penalty in the deadly shooting of two women in a Frankfort parking lot Wednesday.

A probable cause affidavit filed Friday morning in Clinton County Superior Court alleges Gary Cecil Ferrell II murdered 21-year-old Promise Mays after he tried to force Mays into the trunk of his car before he shot her at the new NHK plant on State Road 28 on Aug. 18.

Ferrell, 26, is also charged with the murder of Mays' 62-year-old grandmother, Pamela Sledd, who was with Mays outside the NHK plant.

The affidavit says a surveillance camera shows Ferrell parked next to the car Sledd was driving in the NHK parking lot and forced Mays out of the passenger side.

When Sledd got out and tried to intervene, Ferrell shot her three times.

He then shot Mays, and while she was motionless on the ground behind the car, he drove over her body before driving away.

Clinton County dispatch starting receiving emergency calls just after 4:15 p.m. Wednesday from employees at the plant who identified Ferrell as the shooter.

Police used a description of the blue Ford Focus witnesses said Ferrell was driving to identify him within a minute after he left the plant. Ferrell tried to elude police, but crashed in a construction zone and surrendered.

Ferrell’s trial date has been set for February 24th at 9am. He’s being held without bond. @WTHRcom pic.twitter.com/hSmthQMsVv

Court documents show Ferrell, after he was was arrested and advised of his legal rights, told investigators that he planned the night before to confine and kill Mays.

A search of his car found a gun believed to have been used in the killings. Police also found the trunk release handle inside of the trunk of Ferrell's car had been cut, so it wouldn't work.

Police also learned Ferrell did not have an Indiana handgun license. They found he applied for a Lifetime Personal Protection License July 5, 2021, but Indiana State Police sent Ferrell a response on Aug. 11 advising the application was not complete.

He is being held without bond in Clinton County.

Check back for updates to this developing story.