A social media post said Joshua Clark was suspended but didn't offer specifics about allegations of any wrongdoing. 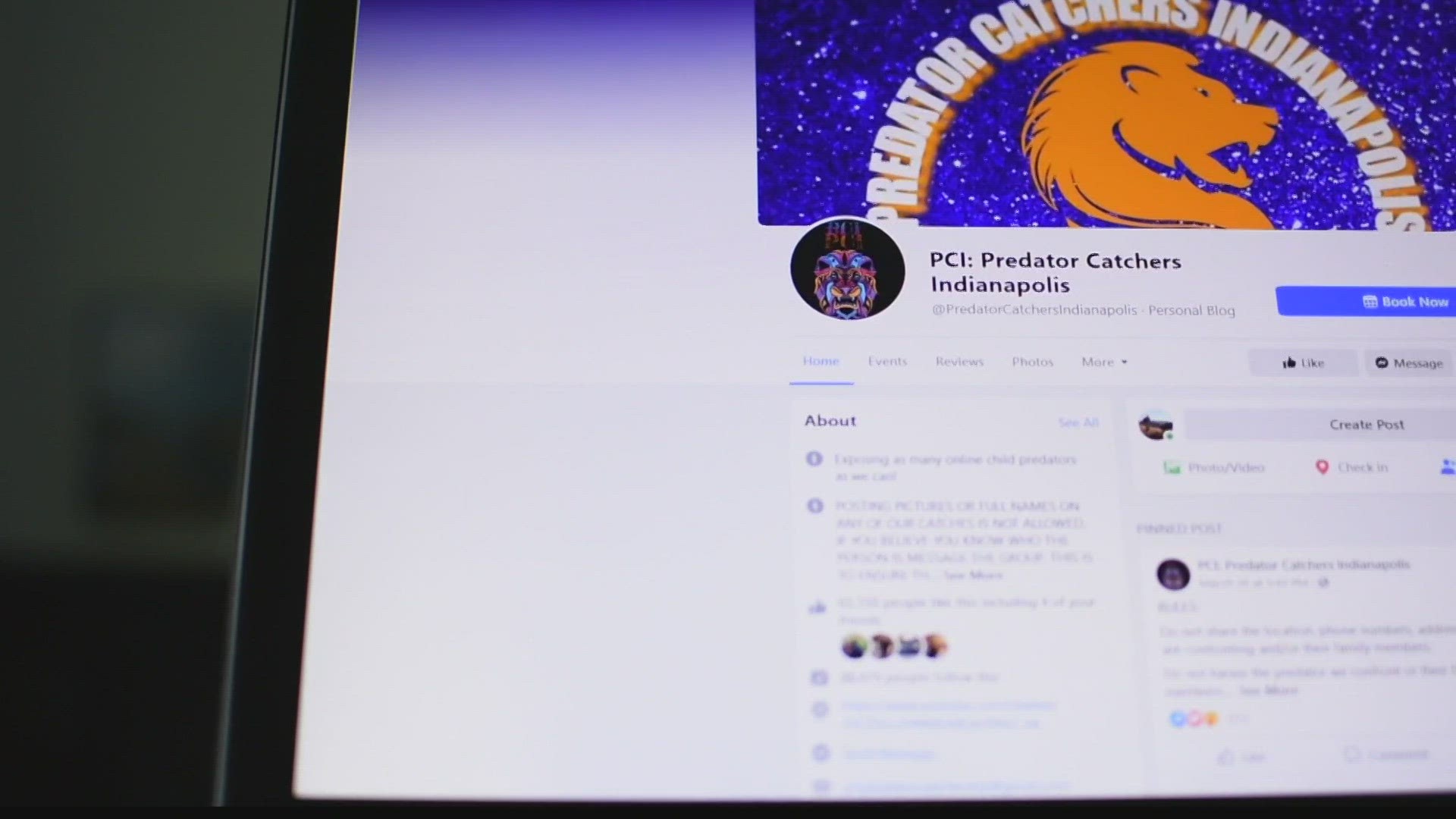 PORTLAND, Ind. — The Avon Police Department shared Friday that their agency is investigating an allegation against a police officer from Portland, Indiana.

Avon officials said they were notified on May 13 that a law enforcement officer from the Portland Police Department had reportedly "attempted to meet up with an underage child to potentially engage in sexual conduct" in Avon.

"We would like to speak with him and get his side of the story," said Avon Police Chief Sean Stoops.

Avon investigators want Officer Joshua Clark's version of what happened online between him and what was supposed to be a 14-year-old Avon girl.

This comes after Predator Catchers Indianapolis shared a video on their Facebook page.

The group claims for weeks it chatted as an underaged Avon girl with Clark.

"Joshua spent a great deal of time texting with a person that was posing as an underaged female and then made arrangements to meet," Stoops said.

He pointed out these are all allegations at this point. His investigators are supposed to receive the exchanges of texts and photos from Predator Catchers Indianapolis.

Clark spent nearly 30 minutes in an Avon parking lot answering questions from the civilian sting operation. In part of the video posted on Facebook, you can hear Clark admit he made a mistake. But in some of the conversations, he insists that he thought the girl was at least 18 years old.

At this time, the whereabouts of Clark are unknown, but 13News has learned late Friday afternoon that he has reached out to Portland police to arrange a meeting with law enforcement officials.

Portland's police chief has suspended Clark, as part of an internal investigation, according to a post on their social media page.

The Portland Police Department is aware of an incident involving an officer of our department. Any crime allegedly...

Posted by Portland Police Department on Thursday, May 13, 2021

The post referred to an Avon Police Department investigation but didn't offer specifics about any allegation of wrongdoing by Clark.

"Upon learning of the incident Chief Stephenson immediately suspended Joshua Clark, he has been removed from any and all law enforcement duties without pay.  An internal investigation has begun and we are cooperating fully with the Avon Police Department with their investigation as well," the post read.

Avon detectives and Portland Police Chief Josh Stephenson are working together in this investigation.

Early Friday morning, an Avon Police Department spokesperson told 13News that the department was aware of an incident alleged to have involved Clark but did not provide specifics.

"While an incident such as this can certainly shake the confidence of law enforcement, we assure you of our commitment to investigative all claims with the highest standards of integrity," the Avon Police Department later said in a statement posted on Facebook. "The complexities of our legal system demand a thorough investigation of the evidence to bolster the filing of any criminal charges and to endure the arduous legal process that will follow. Please be patient with our team and know that we are committed to the highest standard of integrity and accountability for all."

Clark is a recent hire at the Portland Police Department.

"Our heart goes out to Portland, Indiana police department because I know they felt like they had selected a really good officer," Stoops said.

Stoops told 13News that after they gather all the evidence, they will present the case to the Hendricks County prosecutor, who will make a final decision on charges.