IMPD investigated 215 criminal homicides in 2020 — a record year for the city. 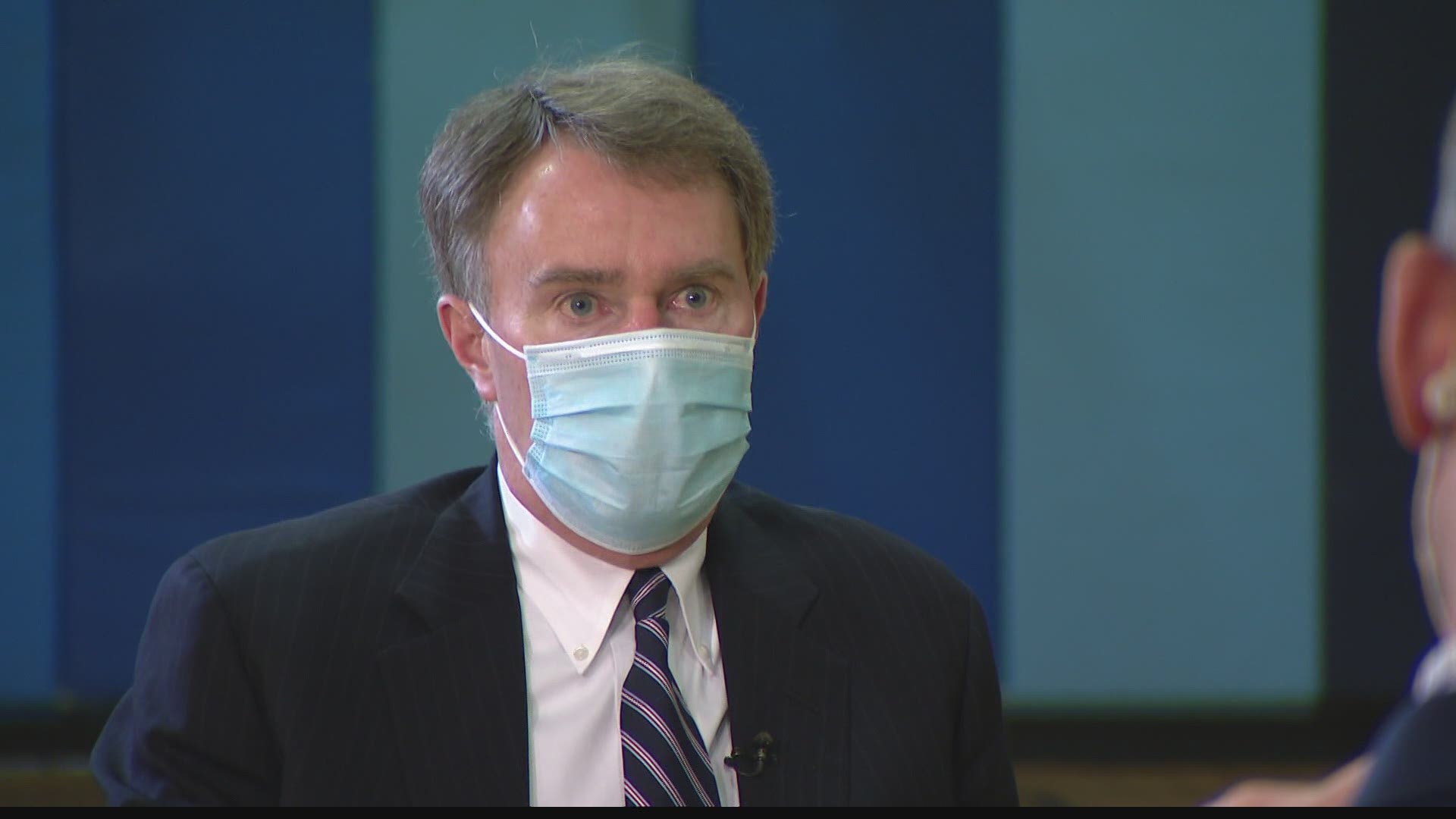 INDIANAPOLIS — The criticism has been as sharp as the numbers are startling.

Well over 200 people were killed in Indianapolis last year by violence. The city broke a record for criminal homicides. And the local police union, along with some clergy members and residents, have aimed their frustration directly at the mayor's office.

CATASTROPHIC FAILURE: Indy ends 2020 with 245 Homicides | 40% increase over All-Time Record. (This trend began before 2020...it was Predictable and it was Preventable.) Our Elected Leaders FAILED US. #NoPlan #Shameful #Tragic pic.twitter.com/7oL4Et2vRG

Snyder has criticized Hogsett and city leaders for not having a plan to address rising homicide numbers.

"The answer is we haven't failed," Hogsett told 13News. "We are making progress in many different ways and in many different areas, like crimes of violence, robbery, rape and other forms of violent crime. Now we need to focus on the gun violence like a laser."

Hogsett said the criminal homicide rate also went down from 2019 to 2020, before going up again.

"Our commitment to public safety … remains the same. And that is smaller beats, a return to community-oriented, beat-based policing, adding additional officers to the force … having record numbers of investments in community-based, neighborhood-oriented crime prevention interruption and reduction," he said.

On Jan. 19, Hogsett and IMPD leadership talked about their crime reduction plan for 2021.

Asked whether there is friction between the city administration and police, Hogsett responded: "Police have been overworked in no small measure because of the civil unrest that we experienced in May … every major urban area in the country saw its own fair share of civil unrest. But I would point to the collective bargaining agreement that we just passed that was ratified with the Fraternal Order of Police, and 97 percent of their members voted to ratify the agreement."

Last year, Indianapolis announced a $750,000 investment in public safety improvements downtown. Foot patrols were added. More bike patrols, too. Hogsett said those serve as deterrents, but will not alone solve a problem he describes as societal.

"At the end of the day, if two people have an argument in some private home and that argument gets resolved by both or one person pulling out a gun and shooting at another, there's absolutely no way to police that," he said.

He mentioned the Adams Street murder case in January in which five people and an unborn child were shot and killed. Authorities charged a 17-year-old relative. The incident reportedly began as a dispute between father and son.

RELATED: IMPD chief recaps challenging 2020 and looks ahead to 2021

"There's no IMPD strategy in the world that would prevent that tragedy from happening because you're not going to embed a police officer in everyone's home. So we are collectively, as a community, frustrated at the number of instances of gun violence."

"We're seeing a rise in those types of social disputes which used to be resolved by somebody getting popped in the nose or some other non lethal force," he said. "We see, in too many instances, conflict resolution being meted out by the use of guns. And we are working with community organizations and neighborhood groups to try to stem the tide. And I am cautiously optimistic that the commitment we are making will pay dividends."

NOTE: This is part of a conversation with Mayor Joe Hogsett, who looked back at an unprecedented year and also looked ahead to 2021. Other topics include how his administration handled the coronavirus pandemic, the battle to avoid a rental housing crisis, and the 'Project Indy' summer jobs program. Those segments will air in the coming days and weeks.