Libby German and her friend, Abby Williams, were found murdered in Delphi on Feb. 14, 2017. 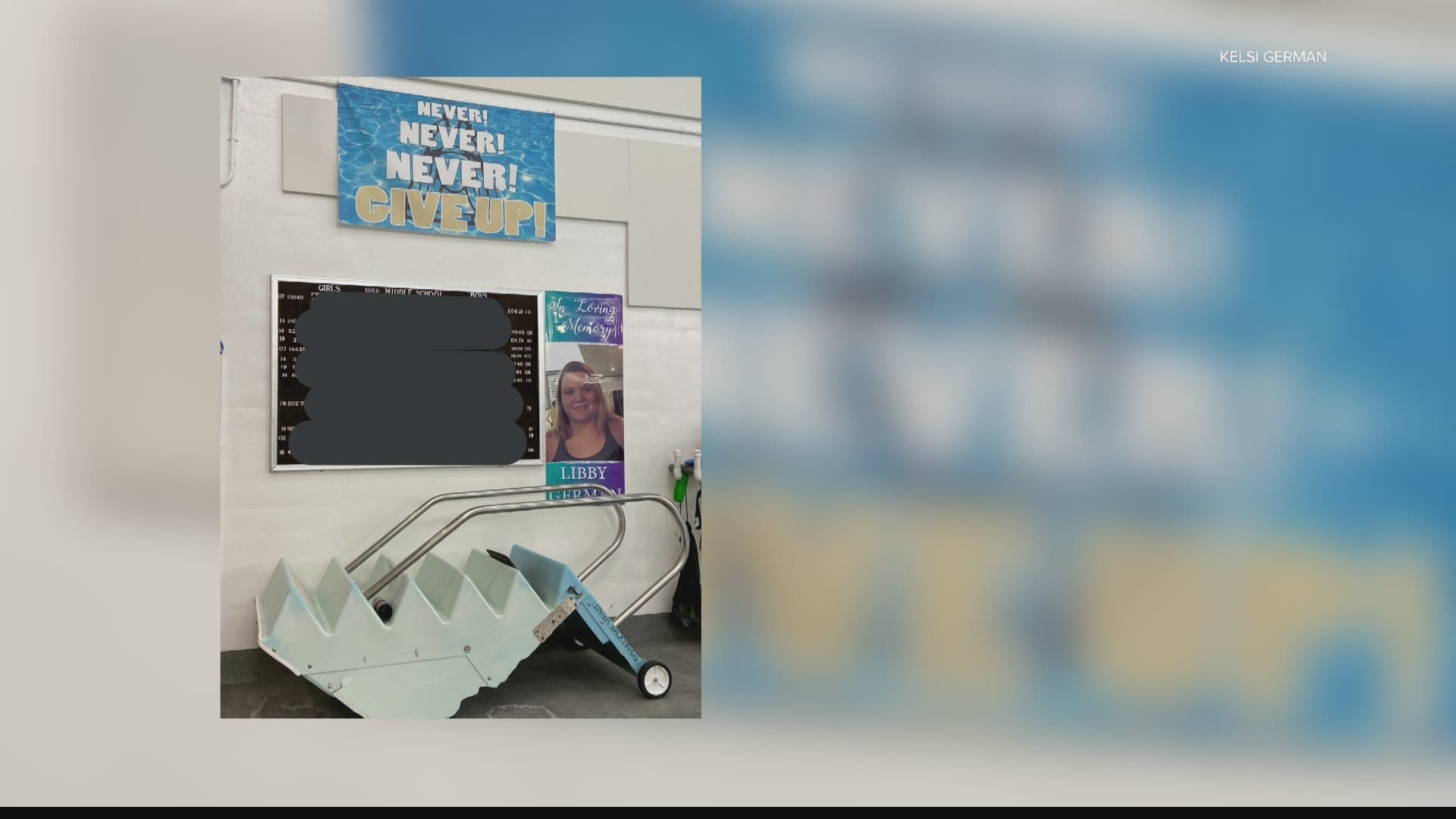 DELPHI, Ind. — This weekend marks the fourth anniversary of the murders of Abby Williams and Libby German in Delphi.

As the search continues for their killer, the girls' families and community are keeping their memory alive.

Libby would have been a senior this year at Delphi Community High School. Monday night, her swim team made sure she was remembered during Senior Night.

A banner with Libby's picture and the phrase "In Loving Memory" hangs next to the pool.

Credit: Kelsi German
Libby German is memorialized in a banner at the Delphi pool.

The girls went missing on Feb. 13, 2017 after they went for a walk on a Delphi trail. Their bodies were found the next day in a wooded area.

In her final moments, Libby took video of the suspect on the Monon High Bridge. But despite that video, audio and sketches of the male suspect, police have never found him.

Investigators have received more than 50,000 tips and are still asking for more.

If you know anything that could help solve the case, email your tip to abbyandlibbytip@cacoshrf.com or call 844-459-5786.

Tips should include as many of the following as possible:

There is also a $225,000 reward posted for information that leads to the arrest of a suspect in the murders.